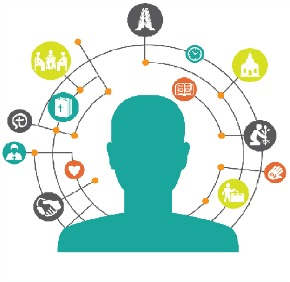 Looking to kick-start your spiritual life in 2016?

Catholic leaders in the Baltimore archdiocese say it’s not as difficult as you may think – as long as you take it slow, persevere and don’t get discouraged by setbacks.

There’s no better place to begin than receiving the sacrament of reconciliation, according to Father Matthew Buening, Catholic chaplain at Towson University. Even if it’s been decades since you’ve gone to confession, he said, God is waiting to extend mercy.

“Nothing is more harmful to the spiritual life than holding back forgiveness to others or not receiving forgiveness for yourself,” Father Buening explained. “Trust God with your weaknesses and difficulties.”

That means confessing grudges and the sins that provoke the most shame, he explained.

“When we realize that, as St. Paul says, there is nothing that can separate us from the love of Jesus Christ,” Father Buening said, “we find true freedom from guilt and the oppressive lies of the evil one who likes to convince us that we are unworthy, unlovable or bad.”

Barbara Anderson, pastoral life director of St. Anthony Shrine in Emmitsburg and Our Lady of Mount Carmel in Thurmont, suggested that individuals be intentional about shaping up their spiritual lives. That may mean setting aside a few minutes a day to pray or committing to attending Mass more frequently, she said.

“Make your goal something you have to reach for, but not something that’s so far out of reach that you’re not going to achieve it,” she said.

Just as new runners don’t begin by completing a marathon, she said, those seeking to exercise their spiritual muscles can’t take on more than they can handle at the outset.

“If you say, ‘I’m going to read the Bible an hour a day,’ that’s probably not realistic in most people’s lives,” she said. “Start with five or 10 minutes a day and build from there.”

“Don’t get discouraged if something takes you off that path,” she said.

It’s important to focus on a spiritual exercise that is going to give you energy and a sense of uplift, Anderson said.

“Make sure it’s not a chore,” she said. “Do something that you will want to do.”

Father Dale Picarella, pastor of St. Patrick in Havre de Grace, said there are numerous resources, including Bible study guides and listings of liturgical readings, to help individuals develop their spiritual lives. Daily Mass readings are published in the Catholic Review and are available online at usccb.org and through the myParish app.

Books such as “Four Signs of a Dynamic Catholic,” by Matthew Kelly, can also be helpful, he said.

“The daily readings get the person in the rhythm of reading the Scriptures,” Father Picarella said.

Those who want to read the Gospels on their own might want to start with Mark, the priest added.

“It’s the shortest and it’s action-packed,” he explained.

For a person who is completely unchurched, Father Picarella said it might be helpful to attend a spiritual seminar or connect with small prayer groups that meet in homes. During Lent, parishes often offer retreats. Spiritual direction by trained individuals can also help individuals get on the right path, he said.

Finding ways of serving others, whether through making a casserole for a soup kitchen, visiting shut-ins or donating to worthy causes, are other ways of focusing on the spiritual.

When believers find forgiveness and recognize they are infinitely loved by God, Father Buening said, it helps them recognize others as “beautiful children” of God and sparks a desire to serve.

“This service leads to true happiness in life,” he said.