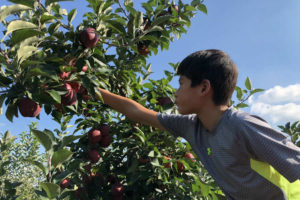 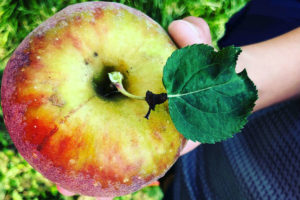 When you aren’t playing soccer during the fall, you have these wide open weekends to fill—or at least I thought that would be the case. So my husband and I were determined we would go apple picking this fall.

But if you don’t seize the moment, you might realize all the fall weekends have been rainy or there are no more apples to be picked. So Sunday afternoon when we saw that the sun was shining, we headed up to Baugher’s in Westminster, Md., to pick apples.

Our children didn’t seem that excited about it, but part of being a parent is forcing your child to pick apples on a warm Sunday afternoon. So off we went.

And we did have fun—and picked lots of apples. 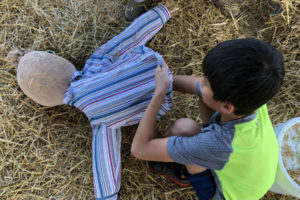 The most fun, though, might have happened after our older son spotted the scarecrow making tent.

Have you ever made a scarecrow? I hadn’t. It was much more complicated than I expected, but also much more interesting.

He picked out pants and a shirt and then stuffed them, used twine to connect things, filled pantyhose for the head and arms, and stuck a corn cob pipe into the scarecrow’s mouth at the end.

It was quite a process, but absolutely worth it.

When we got home, I did what you do when you pick a few bags of apples. I baked an apple pie. It might have been the best apple pie I’ve ever made.

The apple slices were so thin and the crust was just right.

Clearly it wasn’t a humble pie since I’m raving about a pie I didn’t even have the courtesy to share with you.

I would, however, be willing to share the recipe. 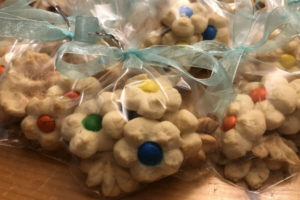 Have I mentioned that I’m helping plan a conference for Catholic women bloggers, artisans, and others on social media?

It’s this Saturday, and I have a million things to do. I’m not even sure what to do next, so I sat down to write my quick takes.

I dragged the kids to two different stores on a rainy evening last night, so I know we are building all kinds of character.

I am so excited for the conference. I will let you know how it goes.

Last Sunday at Mass, Daniel bounced from the kneeler to the pew pretty quickly, so I leaned over and whispered, “Did you talk to Jesus?”

“Yes!” he said. “I asked him to bless everyone in the whole world and to make my disco ball work.”

I mean, what else is there? 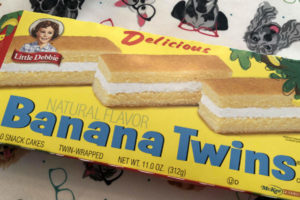 My twin nephews turned 1! We went to their party and gave them each a stuffed animal chair—one an elephant and one a shark. We also brought Banana Twins, a nod to their twin-hood and to our dog Flurry, who always loved Banana Twins.

It was a wonderful, low-key party. I can’t believe those baby boys are a whole year old. Time flies when you’re not the one getting up in the middle of the night to feed people and change diapers.

They are such blessings in our lives, and I love watching our sons play with them, even though there is a significant age difference. 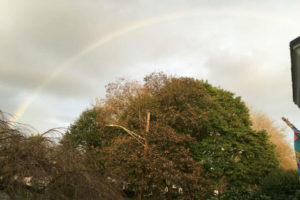 When I realized my sister Maureen was taking off from work on the first anniversary of her husband Eric’s death, I offered to make a day trip to hang out with her. I knew I would be spending about eight hours in the car driving up and back, but I also knew I would get to see her and my nieces and nephews.

I arrived at lunchtime, spent some time just with Maureen, lost to my nephew in a game of Horse, went to the cemetery as a family, and then went out to dinner. We shared memories of Eric and chatted about whatever else and just had a nice time together. Then I drove home.

It was a hard day, but a good one. On the drive back, I thought about how much I needed that time myself. It was just so great to be together.

While we were at dinner, my sister Treasa texted a photo of a rainbow that had just appeared outside their house back in Baltimore, and we all admired it from a restaurant in New York. What an extraordinary sign of God’s love on a day that could have been much more difficult than it was.

Read more quick takes at Kelly’s blog, This Ain’t the Lyceum, and have a great weekend.