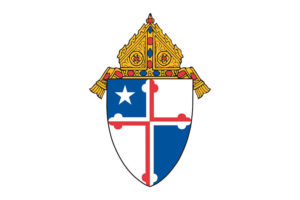 The following news release was issued by the Archdiocese of Baltimore May 21 concerning the pastor of Our Lady of Pompei in Highlandtown:

In accordance with Archdiocesan policy, the Archdiocese has offered counseling assistance to those affected.

In 1964, Luigi Esposito was ordained a priest of the Congregation of the Mission of St. Vincent de Paul, a religious order also known as the Vincentians, in Naples, Italy.  He was incardinated, the process whereby a diocesan or religious order priest becomes a priest of another diocese, into the Archdiocese of Baltimore in 2000.

The Archdiocese of Baltimore is committed to protecting children and helping to heal victims of abuse.  We urge anyone who has any knowledge of any child sexual abuse to come forward, and to report it immediately to civil authorities.  If clergy or other church personnel is suspected of committing the abuse, we ask that you also call the Archdiocesan Office of Child and Youth Protection Hotline at 1-866-417-7469.  If you have any other information relevant to this matter, please contact the Archdiocese Office of Child and Youth Protection at 410-547-5599.