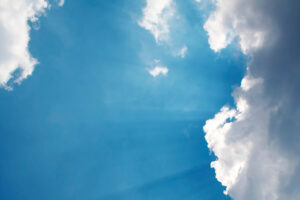 It was around 11 p.m. when my phone rang. When I answered, the caller simply said: “Rose is dead.”

Her daughter, Rose, was in her middle 20s. She lived with her parents, and commuted by train each day from the Washington suburbs to her job in Baltimore. Police had found Rose’s body on the evening train to Washington.

As the family met with the detective assigned to the case, he said they had some security footage showing a man walking up to Rose just before she boarded the train. She took a package with her on the train. Apparently these were the drugs that had killed her.

That morning Rose had asked her father for $20. Apparently, that was the money she used to buy the drugs. Filled with sorrow, her father said: “My daughter’s life was worth $20.”

Rose was far from being an addict. But even some use can be fatal, since we don’t really know what we’re buying.

Another friend of mine told me that she had lost a friend to drugs as well. That particular person had been clean for a while, but when she relapsed and took drugs, she died. Apparently her body had grown accustomed to the lower dosage.

In the midst of this tragedy, the family was overwhelmed by the goodness of others. For days before and weeks after the funeral, many people brought food to their home. The church was packed for the funeral. More than 200 people came to the reception after the funeral to offer comfort.

As I’ve said before, good overwhelms evil many times over, but evil has the greater shock value. When God came among us as a man, he was killed. Jesus lost his life for a few pieces of silver.

We do not live in a morally neutral universe. Good and evil, life and death, do contend with each other. But because we believe in a life after death, we know ultimately that evil is defeated by good, and death is conquered by life.

Through all the centuries of wars and plagues and famines, life continues. And we believe it continues even beyond this life. Evil ended Rose’s life on earth much too soon. But we believe she lives forever with God. Rose was a victim of evil here on earth. But she lives in goodness with the saints forever in God’s unending kingdom of peace and justice.