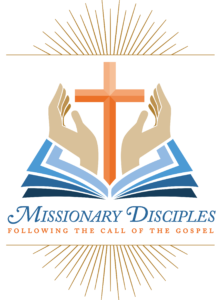 TIMONIUM – Mary Jo Johnson had a day off from work and decided to volunteer for the Rebuilt Conference hosted by her parish, Church of the Nativity in Timonium.

She was one of approximately 150 parishioners who volunteered for the April 15-17 conference, which spreads ideas and methods to other churches looking to follow the example of Nativity in creating a welcoming and vibrant environment for people who generally dislike church.

Johnson and her husband, Harry, became parishioners of Nativity about eight years ago when they were searching for a different faith environment.

One of the first things to impress Johnson was the liturgical music, which she called “amazing.” Another hook was the four- to six-week message series, which are based on the Mass’ readings and relevant to current issues.

Nearly 2,000 of the parish’s 4,200 average Mass attendees are active in small groups, which usually consist of eight to 12 people who meet to build on the message series with materials provided by the parish.

“That’s how our big church gets small,” Johnson said. “It gets small really fast.”

Johnson experienced this firsthand last fall, when she suddenly lost her daughter to epilepsy. The first people at her house, Johnson said, were the members of her small group.

She became a volunteer in the parish, mostly in the nursery, after Father Michael White, pastor, made a call to parishioners during Mass.

“Father White was very direct with us,” Johnson said. “(He said), ‘You need to be building our church, you can’t just sit there and take it.’”

Stephanie Downes, director of adult ministry at Nativity, discussed Rebuilding Volunteer Ministry during the breakout session that she led during the Rebuilt conference. She discussed how parishes can “go from a volunteer culture into a ministry environment.”

Downes said the most important part of every volunteer meeting is gathering in prayer.

“God is in charge, and he has to be at the center of all we do,” she said.

Building a servant’s mindset and heart in volunteers to encourage simple service is important, Downes said, as parishioners from all walks of life can benefit from doing even the simplest tasks.

Father White created the Rebuilt brand with Tom Corcoran, Nativity’s associate to the pastor, to share the story of how they rebuilt their parish. They share their message through books, speaking engagements, the conference and the Rebuilt Parish Association, which parishes can join to receive materials and guidance.

Participants of this year’s Rebuilt Conference included parish leaders – from as far as New Zealand and Ontario, Canada, to local parishes – who attended workshops such as “Make Church Matter,” “Purpose-Driven Church,” “Creating Irresistible Environments,” “Igniting Kids’ Faith Journey,” “Power of an Invitation” and “Behind the Scenes: Nativity Tech.”

“A conference like this reminds you to come back to the root of our faith,” said Father Michael Triplett, pastor of Our Lady of Grace in Parkton, which is a member of the Rebuilt Parish Association.

Though Nativity is one of the largest parishes in the archdiocese, the sessions and keynote speakers sought to offer practical advice and methods for churches of all sizes.

The general session that opened the morning of April 17 included a pre-recorded video of Father White and Corcoran interviewing Craig Groeschel, senior pastor and founder of Life.Church, part of the Evangelical Covenant Church.

“Limited resources are often a gift, not a curse,” Groeschel said. “We can make excuses or a difference, not both.”

Jeff Cavins, a Catholic who returned to the faith and who is known for his book “My Life on the Rock” and his presence on national Catholic media, gave the keynote address. He spoke about living life at 100 percent, no matter the obstacles presented every day, specifically relating this to the life of church ministers.