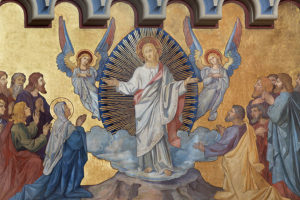 Q. I am puzzled that the Ascension is no longer observed on Thursday (40 days after Easter) as a holy day of obligation, while the feasts of the Assumption and of the Immaculate Conception are considered to be obligatory.

A. Canon 1246 of the Church’s Code of Canon Law allows national conferences of bishops to determine the number of holy days of obligation, as well as to transfer the observance to a Sunday. As a result, there is considerable variation from country to country: Vatican City has 10 obligatory holy days, for example, while Canada has two.

Regarding the feast of the Ascension, in most of the United States (including the Archdiocese of Baltimore) that celebration has been transferred to the following Sunday. In the ecclesiastical provinces of Boston, Hartford, New York, Newark, Omaha and Philadelphia, the Ascension is still marked on the Thursday itself, with obligatory Mass attendance.

To your point about the Assumption and the Immaculate Conception, the papal decrees proclaiming those teachings simply affirmed what had been the historical and consistent belief of the church. (Both doctrines have their root, in part, in the archangel Gabriel’s proclamation in Luke 1:28 of Mary as God’s “favored one,” sometimes translated “full of grace.”)

The Immaculate Conception (Dec. 8) is the patronal feast of the United States and, as in Ireland on the feast of St. Patrick, Catholics are required to participate at the Eucharist. By the way, I like your argument in favor of the Annunciation – and if I were in charge, I would add Ash Wednesday and Good Friday, too!

Q. My fiance is Jewish, and I am Catholic. We are hoping to get married in a neutral place, such as a hotel, and would like to incorporate elements from both religions into the ceremony. Is it possible to have such a wedding ceremony recognized by the Catholic Church, and who from the church would be willing to perform the wedding in a venue such as a hotel? (We will be raising our future children in the Catholic Church.) (Baltimore)

A. Yes. With the proper permissions, it is certainly possible for a wedding ceremony such as you describe to be recognized as valid by the Catholic Church. I have, in fact, participated in a number of such rituals – sometimes by myself, sometimes with a rabbi sharing some of the prayers, often in Hebrew.

A ceremony like this highlights the strong faith in the divine shared by both religions. (One practical hint: My experience has been that couples may have more difficulty finding a rabbi willing to participate; one Reform rabbi I know feels comfortable in doing so, and he and I have done several weddings together.)

Either the priest or the rabbi may be selected to receive the couple’s wedding vows – again with the proper permission – and be the “officiant” to sign the civil marriage license.

The setting for the ceremony can be as simple or as elaborate as you desire; one particular one that I recall took place in a “neutral” reception hall but underneath a “chuppah,” the traditional Jewish wedding canopy, with both sets of parents standing next to the bride and groom.

Your first move should be to speak with a local priest and complete the necessary paperwork.