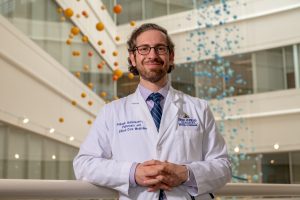 Dr. Panagis Galiatsatos, an assistant professor at The Johns Hopkins University School of Medicine, has been hard at work for months getting the most accurate and up-to-date information about COVID-19 to people on the frontlines of the pandemic.

Yet Galiatsatos and his team of more than 100 virtual instructors aren’t debriefing nurses, doctors or even first responders. Their focus is on schoolchildren, including those enrolled in Archdiocese of Baltimore Catholic schools.

“Those who can promote health and prevent disease are right there from the 5-year-old in kindergarten to the 18-year-old in their senior year of high school,” said Galiatsatos, a pulmonary and critical-care-medicine physician. “We all have the same potential spreading the virus. So we felt it was important to make sure that children were aware of the appropriate measures to take in order to help end this pandemic.”

Galiatsatos and his team’s lessons are used in 28 states and eight countries. Their courses predated the outbreak of the coronavirus but the pandemic renewed emphasis on public health convinced other school systems such as the Baltimore Archdiocese to join the program.

“The schools have really loved it, and the kids, as they listen, are very enthusiastic and ask a lot of questions,” said Denise Garman, director of student support service for the Department of Catholic Schools. “The interaction between the presenters and the students has been really encouraging and just fun.”

Garman said the benefits of the program don’t stop with just the students.

“Hopefully, a student will go home and say to their parents or the people around them, ‘Hey, let’s mask up, let’s keep our distance.’ So the goal was to kind of go from the bottom up,” Garman said. “Anything we can do to contribute to ending the pandemic would be a good experience.”

The virtual lectures review the biology of the coronavirus but also emphasize practical things such as the importance of wearing face coverings, social distancing and frequent hand washing. The courses incorporate interactive elements where students make their own face masks and hand sanitizer.

The archdiocesan schools have participated in four lectures since the start of the spring semester. Students will take part in four more Hopkins courses now that they are back from spring break.

Galiatsatos often sits in on the virtual lectures, answering questions via chat. He said he’s been very impressed by how the students have responded to the material.

“Some of these children were more mature than adults. They were asking great questions like, “Well, if this is the way to end it, let’s do it,’” said Galiatsatos, a parishioner of St. Clement Mary Hofbauer in Rosedale, who attended its parish school.

The ever-changing nature of the pandemic has made instruction difficult, but Galiatsatos said that when conducting the courses, it was important to be as open and honest as possible with the students.

“There are things that sometimes science doesn’t have the answer to at the moment,” Galiatsatos said he tells the students. “And that was incredibly powerful. We won over people when we were transparent and said, ‘Here’s what we do know and what we don’t know.’”

Galiatsatos said it was especially gratifying for schools in the archdiocese to take part because he owes so much to his Catholic education.

“I love the archdiocese. And for me, I can tell you the excitement … to be able to give back to the academic system that molded my identity,” Galiatsatos said. 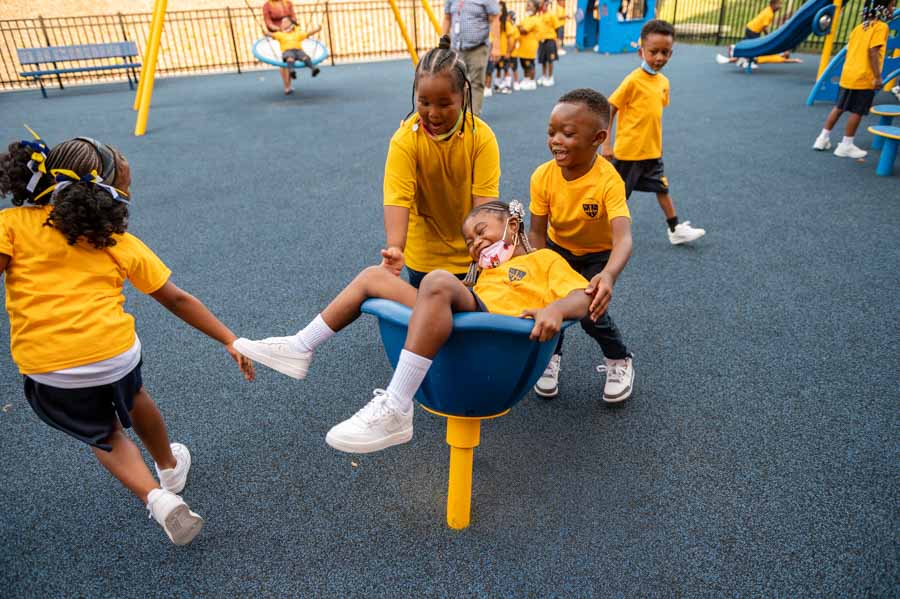 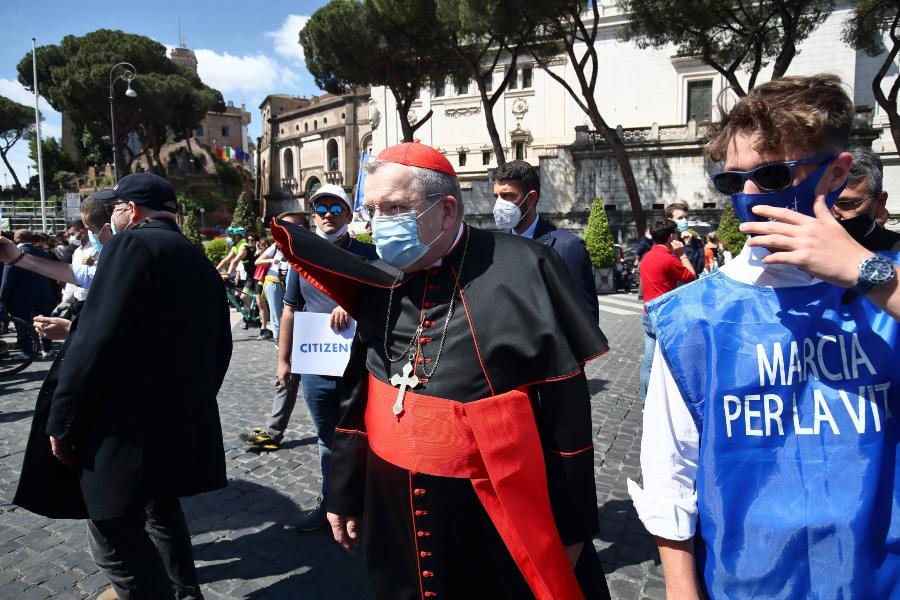 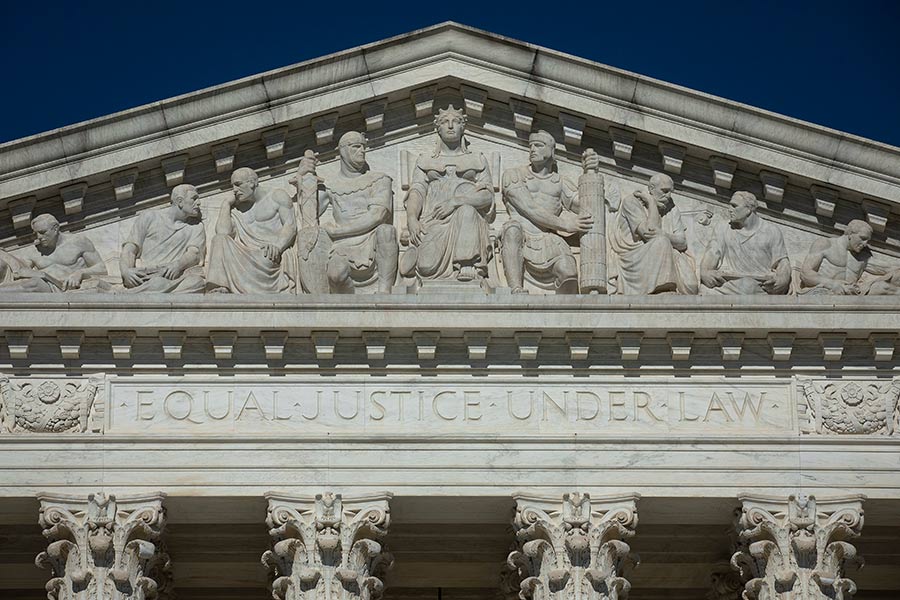 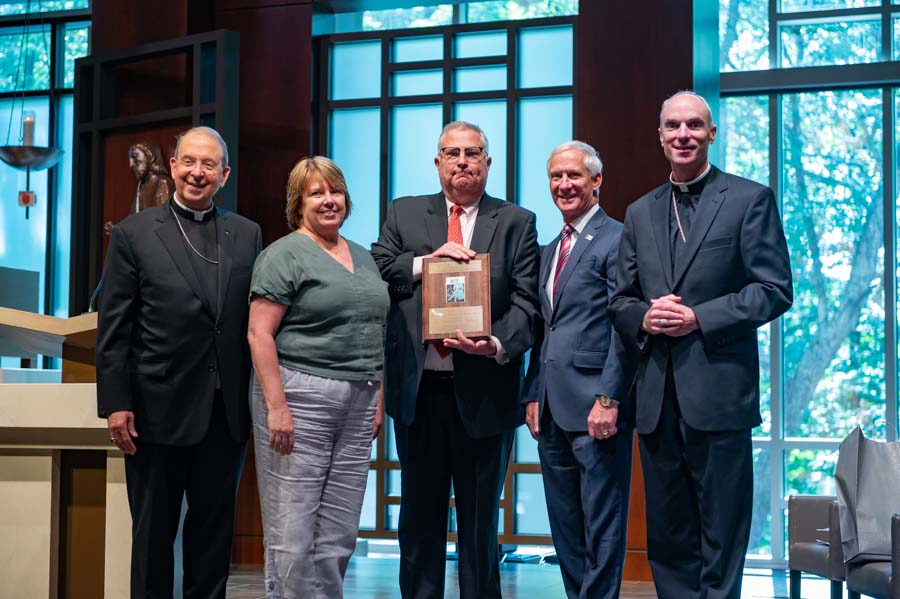