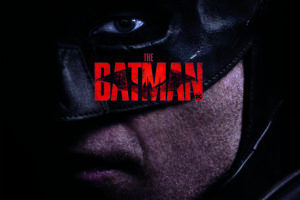 NEW YORK (CNS) — Viewers will find themselves thoroughly absorbed by “The Batman” (Warner Bros.). Director and co-writer Matt Reeves’ reboot of the DC Comics-based franchise is a darkly powerful affair, and its script — penned with Peter Craig — plays with the interesting question whether the iconic crimefighter of the title is, in fact, a hero.

The film’s dialogue, however, is marred by unusually frequent violations of the Second Commandment while, aesthetically, an excessive running time just shy of three hours makes the proceedings feel overstuffed. Still, the result is too much of a very good thing.

Robert Pattinson dons the black cowl and presents us with a troubled, self-doubting Bruce Wayne, one who recognizes that, while he may keep to the right side of the law, his ability to deter villains arises from the fear he inspires in them. His alter ego’s unexpected emergence from the shadows is a recurring visual motif.

Reeves’ Gotham City is not only prey to widespread crime but to political corruption at the highest levels. The latter problem has drawn the attention of The Riddler (Paul Dano), a masked, internet-savvy psychopath whose solution is to assassinate a series of crooked local leaders, beginning with the mayor (Rupert Penry-Jones).

To stop the killing spree, Batman enters into an uneasy alliance with honest but beleaguered police officer Lt. Gordon (Jeffrey Wright). He establishes an equally volatile partnership with Selina Kyle (Zoë Kravitz), this iteration’s version of the Catwoman.

Bruce, meanwhile, benefits from the protective care of Alfred (Andy Serkis) whose role here is more that of an adoptive father than a butler. Bruce will need all the backup he can get since he will have to tangle with both the Al Capone-like Penguin (Colin Farrell) and Carmine Falcone (John Turturro), the city’s leading gangster, to catch up with the elusive Riddler.

Yet, while neither the creativity nor the screenplay’s commitment to humane values flags, watching “The Batman” eventually becomes a taxing experience. Thus, by the time the foundation is laid for a sequel, moviegoers may feel as though they’ve already seen the first half of it.

The film contains much harsh violence with some gore, gruesome images, drug use, pervasive profanity, a few milder oaths, at least one rough term and considerable crude and crass language. The Catholic News Service classification is A-III — adults. The Motion Picture Association rating is PG-13 — parents strongly cautioned. Some material may be inappropriate for children under 13.