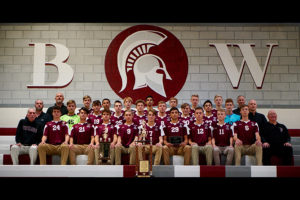 The year’s final installment of Names and Numbers features outreaches from schools and families, and a successful farewell for a brother coaching duo. 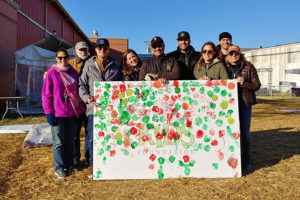 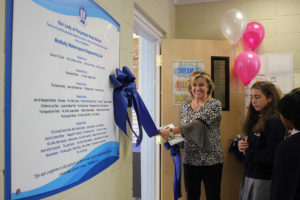 Donated by the family of the late Jean McNulty toward the McNulty Makerspace Engineering Lab at Our Lady of Perpetual Help School in Ellicott City. Bishop Mark Brennan blessed the space during an October dedication. It included Jodi Phelan, pictured, the development director of OLPH School and a daughter of McNulty, who, before becoming a mother of two, stepmother of four and grandmother of eight, was the first woman in her Pennsylvania town to enlist in the U.S. Marines. The dedication program included student demonstrations and live streaming from a drone flying around campus. 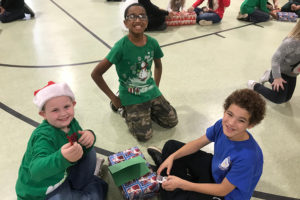 Christmas Shoeboxes prepared for merchant seafarers visiting the Port of Baltimore, an effort coordinated by the Apostleship of the Sea Ministry. Among the churches and schools assisting the effort was Our Lady of Victory School, which saw 180 students prepare 130 boxes Dec. 15. Older students worked with their younger “buddys” (pictured, from left, Zachary M, Jarrod B and Malachi J) as they filled a shoebox with toiletries, magazines, supplies and a hand-made Christmas card, and then wrapping it in Christmas paper.

Monsignor John FitzGerald, executive director and chaplain of the Apostleship of the Sea, noted that for many seafarers, the shoeboxes are the only Christmas gift they will receive. 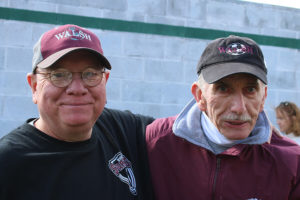 Wins for the Bishop Walsh School soccer program under the Rowan brothers, Tim (right in photo) and Joe, who retired from coaching the Spartans after the 2018 season, when the Cumberland school’s boys won their second straight city championship and beat St. Maria Goretti to claim their first Maryland Private Schools title since 1990. They coached the boys for 34 seasons, did double duty from 1999 to 2001, when they coached the girls; and handled the J.V. during another two seasons. Joe Rowan and his wife, Sue, are Eucharistic ministers at St. Peter in Westernport, part of Divine Mercy Parish. Their son was in the Bishop Walsh class of 1999. Tim Rowan had daughters in the BW classes of 2001 and 2002. 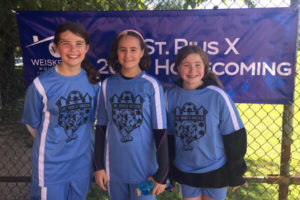 Approximate number of families that joined the second annual Homecoming weekend at St. Pius X in Rodgers Forge in October. According to Scott Williams, who directs athletics for the parish and its school, the event included a pep rally, three home soccer matches, a soccer clinic and additional scrimmages, as well as visits from the Oriole Bird and Jonatas Melo of the Baltimore Blast. Pictured are Ali Epstein, Natalie Coyle and Sophia Woods. 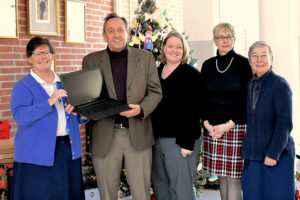 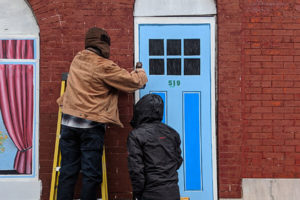 Vacant homes being spruced up in Baltimore’s East Harwood neighborhood by Loyola University Maryland art students, thanks to a $24,000 grant from the Central Baltimore Partnership. The students painted front doors and windows for the properties. The first of their handiwork was installed Dec. 15. 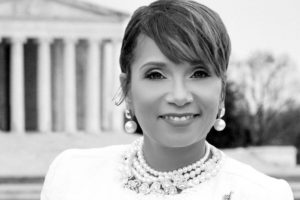 Years experience in workforce development public policy and government relations for Lynn Selby, who Dec. 17 became executive director of the Caroline Center, which is inspired by the School Sisters of Notre Dame and prepares unemployed and underemployed women for careers in healthcare and related fields. Her previous positions include executive director of the Governor’s Workforce Investment Board and director for the Eastside Career Center for the Mayor’s Office of Employment Development. She holds a bachelor’s degree from Morgan State University and an MBA from University of Maryland University College.