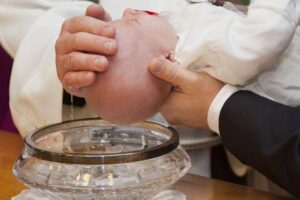 Q. At dinner recently with two Catholic priests, they happened to observe that it will be more difficult for them to reach heaven than for most people. I dismissed that opinion rather quickly until I read a passage from section 14 in “Lumen Gentium.”

Speaking of Catholics, it said: “He is not saved, however, who, though part of the body of the church, does not persevere in charity. He remains indeed in the bosom of the church, but, as it were, only in a ‘bodily’ manner and not ‘in his heart.’ …

“All the church’s children should remember that their exalted status is to be attributed not to their own merits but to the special grace of Christ. If they fail moreover to respond to that grace in thought, word and deed, not only shall they not be saved but they will be more severely judged.”

Is the “gate of heaven,” therefore, narrower for Catholics because more is given and expected? (Vacherie, Louisiana)

A. Let me say first that I have always believed that the vast majority of the people God created will wind up in heaven. Why would God have made all of us in the first place, if that experiment were destined largely to fail?

And I do not think that the gate is more narrow for Catholics; in fact, I think the opposite — namely, that Catholics have a head start on eternal salvation. We Catholics have access to abundant graces through the seven sacraments that help us to live as God wants; and we have, from Christ, the guarantee of fundamental truth and of continual guidance in theological teaching.

What the Second Vatican Council was cautioning against (in your quote from “Lumen Gentium”) was the same kind of formalism Jesus had detected in the religious leaders of his day — the conviction that merely by officially “belonging” to the church, righteousness and eternal salvation were certainties.

The council noted that salvation is worked out “on the ground,” by sharing God’s love with those we meet. (Didn’t Jesus say the same thing in Matthew 25, when he suggested that the ultimate thing we’ll judged on is whether we helped people when they needed it?)

It is true that, as Luke’s Gospel says (12:48), “much will be required of the person entrusted with much, and still more will be demanded of the person entrusted with more.” But that heavier responsibility can be balanced by the opportunities that life offers. (Priests, for example, have the daily Eucharist, the Divine Office and the frequent chance to minister directly with the compassion of Jesus.)

Q. Can a priest refuse to christen a child born out of wedlock? (Mason Neck, Virginia)

A. The answer — which may not be the one you were expecting or wanted — is, “It depends.” Simply that the child’s parents are unmarried would not justify refusing a baptism, and I would call Pope Francis as my witness on this.

In 2014, on the feast of the Baptism of the Lord, Pope Francis was reported by the Italian press as having baptized the child of an unmarried couple in a ceremony in the Sistine Chapel. That would have squared with what Pope Francis, in 2009 while still a cardinal in Argentina, was quoted as telling the Italian magazine 30 Giorni: “The child has absolutely no responsibility for the state of the parents’ marriage. And often a baptism can be a new start for the parents as well.”

There may, however, be other circumstances that would warrant delaying a baptism. The church’s Code of Canon Law requires that, for an infant to be baptized, “there must be a founded hope that the infant will be brought up in the Catholic religion” (No. 868.1.2).

Priests vary somewhat as to just what evidence is needed for that assurance, but pastoral sensitivity is always critical; I am personally inclined to give the benefit of the doubt to the parents.

Nearly all parishes require parents to attend a class or two of baptismal preparation, which can help to bring them back to regular church attendance and sometimes, if the circumstances permit, to have a marriage blessed in the church. (And even if there is virtually no likelihood that the parents will bring the child to Mass regularly, sometimes a grandparent is willing to step into that role.)