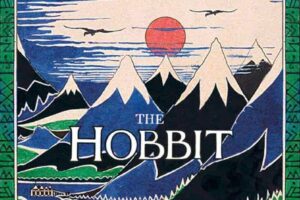 A recent article in The Wall Street Journal noted the upswing in the work of reference librarians who are receiving more calls from curious seekers who either can’t find what they are searching for on Google or just prefer to search for information with the help of another human being.

As I read the article, it reminded me of why being part of the church is so important. It’s one thing to look up a religious fact or doctrine but it is something else entirely to learn it from someone interested in helping you.

The spiritual but not religious movement reflects the view that our spiritual development is essentially a solo quest and should be unfettered by institutions and dogma. But what about all the other spiritual seekers? Aren’t they on a similar quest? Might there be something we can learn or gain from one another?

It’s like something out of J.R.R. Tolkien’s “The Hobbit.” If Bilbo and Frodo Baggins taught us anything, it is that reaching your destination, achieving your destiny, is best done in the company of friends and those who love you. It’s not just about following the map, it’s about journeying with others who can help you decipher the runes, open the locked doors and carry you when you fall.

For Tolkien, it was his mother, Mabel. She became a Catholic despite the protests of her Unitarian father and Baptist in-laws. Mabel’s health suffered as a result of the family division but her faith remained intact.

Her love for the church was her parting gift to her two sons as she died soon after her son John’s first Communion. That loving gift of faith gave birth to Middle-earth where readers could lose themselves among dwarves and dragons but also find themselves in the midst of a drama that plays out universally in human hearts longing to be redeemed.

I can remember my own mother coming into my room in our suburban Pittsburgh home in the mid-1980s with a copy of “The Hobbit” in her hand. She read a line from the foreword where a reviewer recounted coming across the book in the stacks of the Carnegie Library in Pittsburgh — our hometown library.

My mother was very good at teaching me to read the subtle signs of providence, and she got me very excited that this book that had been so magical for the reviewer was rediscovered in our library. I felt a little like Bilbo receiving the ancient map from the dwarves.

The reviewer, Peter Beagle, a fantasy writer himself, wondered why the book was enjoying such a resurgence in the 1960s. He wrote:

“They were the years when millions of people grew aware that the industrial society had become paradoxically unlivable, incalculably immoral and ultimately deadly. In terms of passwords, the ’60s were the time when the word ‘progress’ lost its ancient holiness, and ‘escape’ stopped being comically obscene. The impulse is being called reactionary now, but lovers of Middle-earth want to go there. ”

The theme of this column has been coming to grips with the way technological progress can often cloud our view of reality — sometimes quite literally when our view is mostly through a screen. Where are the places we can escape if we want to refresh our vision for what is true and good and beautiful, and not simply view progress as an end in itself. Great literature continues to offer that refreshment. Middle-earth still beckons.

When I think back on that chance encounter with Tolkien 30 years ago, I marvel at the workings of grace that got the book from the stacks of the library to my bedside.

My mother was, perhaps unwittingly, delivering a message of great importance on the eve of my adolescence: a story of redemption from the pen of a British author whose mother loved him enough to pass on the faith that would inspire a new world, a place where I learned to see my own faith in a new light.

There may be a day when Google’s artificial intelligence can satisfy the seeker who asks, “Can you tell me a story to renew my faith?” But the messenger still matters. And there is nothing artificial about grace.