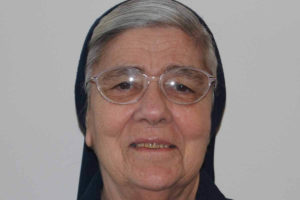 Born and raised in Mayaguez, Puerto Rico, Sister Mary Raphael earned her bachelor’s degree in biology from St. Joseph College in Emmitsburg in 1952, the same year she entered the Daughters of Charity.

She served as a teacher and a laboratory technician in Washington, D.C., then as a foreign missionary in Bolivia, in a variety of roles, including three stints as local community superior, from 1955 to 2004. She entered the ministry of prayer at Villa St. Michael in 2005, where she served until the time of her death.