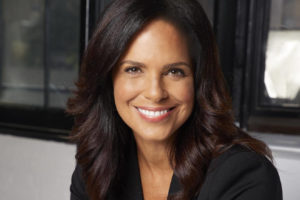 Soledad O’Brien, an award-winning journalist who has ties to Baltimore, will be the keynote speaker at a Nov. 10 scholarship dinner benefiting African-American students who wish to go to Loyola Blakefield in Towson.

The dinner will be held in the Bunting Dining Hall at Loyola. There will be a VIP reception for sponsors, drinks and hors d’oeuvres for regular patrons and dinner for all.

O’Brien, who previously reported for CNN, NBC and MSNBC, is currently the host and producer of “Matter of Fact with Soledad O’Brien,” a production of the Starfish Media Group that is a co-sponsor of the scholarship dinner. Her mother, Estela (Marquetti) O’Brien was a boarding student at St. Frances Academy in Baltimore while in high school and college. Her mother and father, Ted O’Brien, attended The Johns Hopkins University. Soledad O’Brien served as keynote speaker for the 180th anniversary of the founding of the Oblate Sisters of Providence in 2009.

The scholarship dinner, which will feature remarks from Loyola President Anthony Day, students and African-American alumni, is named for Frank P. Fischer. The former Jesuit priest, a white man, was so moved by hearing Martin Luther King speak at the March on Washington that he came home from it committed to the racial integration of then Loyola High School where he taught. He raised scholarship funds and recruited African-American students from the inner city to attend Loyola. The Nov. 10 dinner will be held on what would have been Fischer’s 93rd birthday. He died in December 2018.

Businessmen Erich and Victor March; City Administrator Michael Guye; attorneys Ronald Richardson, Bernard Edward Justis and Aaron DeGraffenreidt also attended Loyola Blakefield. Bernard Bowers, also a graduate, serves as the diversity director for the school. As many as 500 African Americans graduated from Loyola Blakefield since attorney Ken Montague was the first to do so in 1960.

The public is invited to attend the benefit. Tickets are $100. Funds will be deposited to the Frank P. Fischer Scholarship Fund established in 2014 for black students.

To purchase tickets, go to loyolablakefield.org, pull down the alumni menu and go to the calendar. The Nov. 10 date will feature the Frank Fischer Scholarship Dinner. Clicking on it will allow one to purchase tickets at $100 each or to be a sponsor: $5,000 for a Men for Others Sponsor, $2,500 for a Roll Dons Roll sponsor, $1,000 for a Keep the Faith Sponsor and $500 for a Higher Achievement sponsor.