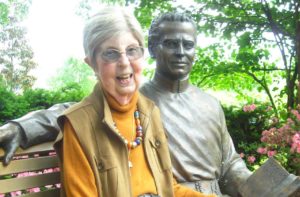 Go home and prepare to die.

That’s what Mary Ellen Heibel’s doctors at Walter Reed Army Medical Center in Washington told her May 11, 2004, after they discovered that the cancer that had attacked Heibel’s esophagus in 2003 and then a lymph node later that year had spread throughout her body.

Given about six months, the longtime parishioner of St. Mary in Annapolis underwent a new form of chemotherapy at The Johns Hopkins Hospital in Baltimore as a palliative treatment to extend her life. But doctors warned it would only postpone the inevitable.

At the suggestion of a Pittsburgh priest, Heibel began praying a novena in 2005 to Blessed Francis X. Seelos – a 19th-century Redemptorist pastor of her parish who died of yellow fever in 1867 in New Orleans.

One week after she began the novena at her parish, Heibel’s cancer disappeared. Gone were tumors in both lungs, her liver, back and sternum. When Dr. Michael Gibson, her doctor at Hopkins, called with the news, Heibel couldn’t believe it.

“I was just so excited. I called everyone,” the 71-year-old mother of four remembered. “I never thought in a million years this would happen.”

Told by her doctors that the unexplained healing could not be the result of her chemotherapy, Heibel is convinced that Blessed Seelos interceded on her behalf.

“I know this had to be a miracle,” she said.

Archdiocesan officials are now investigating whether Heibel might just be right.

Archbishop Edwin F. O’Brien opened an archdiocesan inquiry into the alleged healing with a May 19 Mass at the Basilica of the National Shrine of the Assumption of the Blessed Virgin Mary in Baltimore. The archbishop also appointed a group to investigate the case and listen to testimony from Heibel, Dr. Gibson and other witnesses.

The commission’s findings will be sent to Father Antonio Marrazzo, Redemptorist postulator general in Rome, who will then take them to the Vatican’s Congregation of the Causes of Saints. If the healing is deemed miraculous, Blessed Seelos could be canonized by Pope Benedict XVI.

“It calls to mind the blood, sweat and tears that have gone into the building of the church of Baltimore,” Archbishop O’Brien said before the May 19 Mass. “Blessed Seelos is typical of many priests and members of the faithful throughout the archdiocese who have taken their faith seriously and lived it faithfully and shared it with others in an inspiring way.”

Cardinal William H. Keeler was also at the Mass.

Father Gilbert Seitz, the archbishop’s episcopal delegate in the inquiry, said members of the investigative group include Dr. Larry Fitzpatrick of Mercy Medical Center in Baltimore, who will serve as a medical expert; Capuchin Franciscan Father William Graham, promoter of justice; and Deacon Neil Crisp and Leslie Engle, notaries.

Redemptorist Father John Kingsbury, pastor of St. Mary, said the possible healing is a “major breakthrough” in the canonization effort. Two miracles that occur after death are needed to become a saint in the Catholic Church. The first for Blessed Seelos was recognized when Pope John Paul II beatified the German Redemptorist in 2000. The second miracle needed for canonization could be the Heibel case.

“We’re very happy that the archbishop has opened the investigation,” Father Kingsbury said. “I’m glad Mary Ellen was healed no matter what – and, if it’s Seelos and it helps his cause, it would be wonderful.”

During the Civil War, Blessed Seelos relocated his seminarians to Annapolis in 1862 and again became pastor of St. Mary. He visited President Abraham Lincoln in an effort to exempt seminarians from the draft. Because only priests could be exempt, Blessed Seelos arranged for Archbishop Francis Patrick Kenrick to ordain all 20 seminarians.

Blessed Seelos worked in Detroit in 1865 and then was reassigned to New Orleans a year later, where he ministered for 13 months before dying at age 48 after ministering to victims of the yellow fever outbreak.

Sitting on a bench next to a seated bronze statue of Blessed Seelos at St. Mary a few days before the archdiocese opened the investigation into her alleged healing, Heibel said she attends Mass, prays the rosary and prays to Blessed Seelos every day. She wears a relic, a chip of Blessed Seelos’ bone, around her neck.

Many parishioners have been praying for her throughout her ordeal with cancer.

“I think people were shocked when I was dying practically and came back to life so fast,” said Heibel, who retired last year as a self-employed antiques appraiser.

Heibel said her strong faith is what’s sustained her through numerous health challenges in her life – including a kidney transplant, poor hearing and a bout with septic shock.

“Every time I got sick, my faith increased,” she said.

Heibel noted that other parishioners and other believers around the country have reported miracles through the intercession of Blessed Seelos.

“I don’t know why they picked me out of the whole bunch to use,” she said with a laugh. “So many people have been helped by Blessed Seelos.” 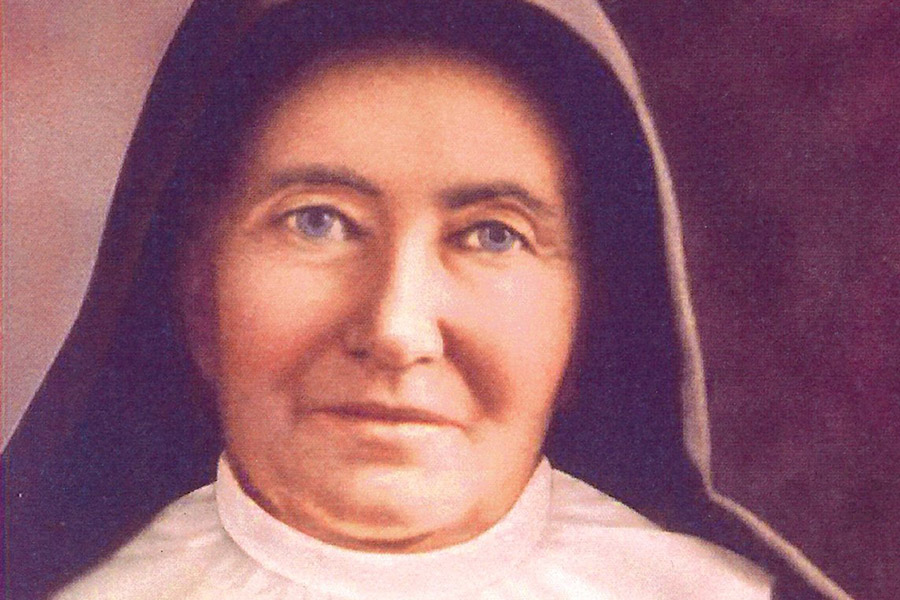 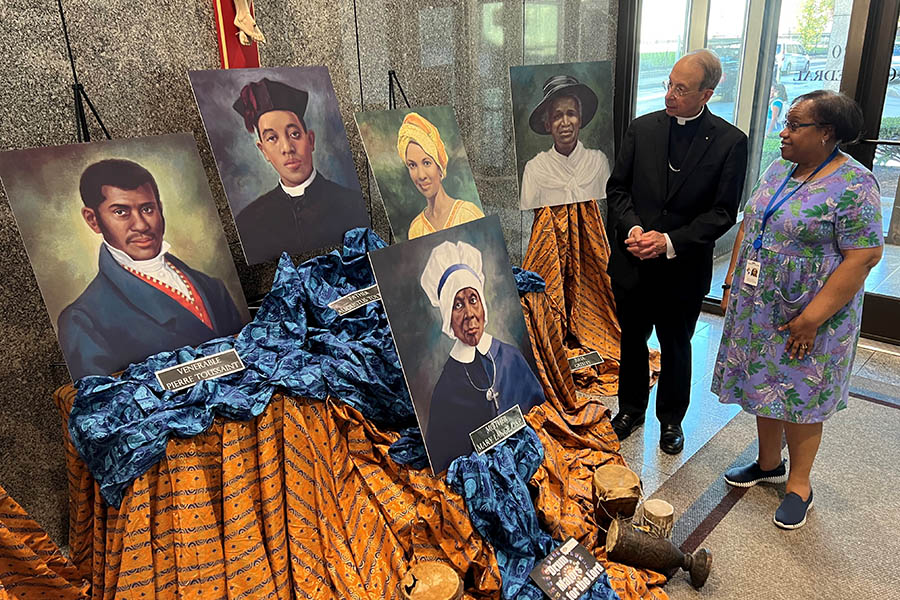 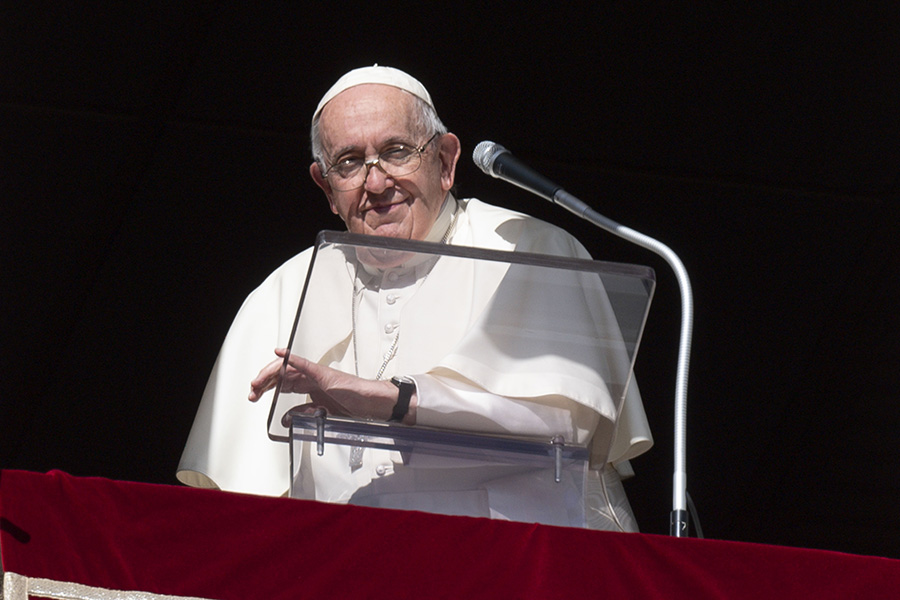 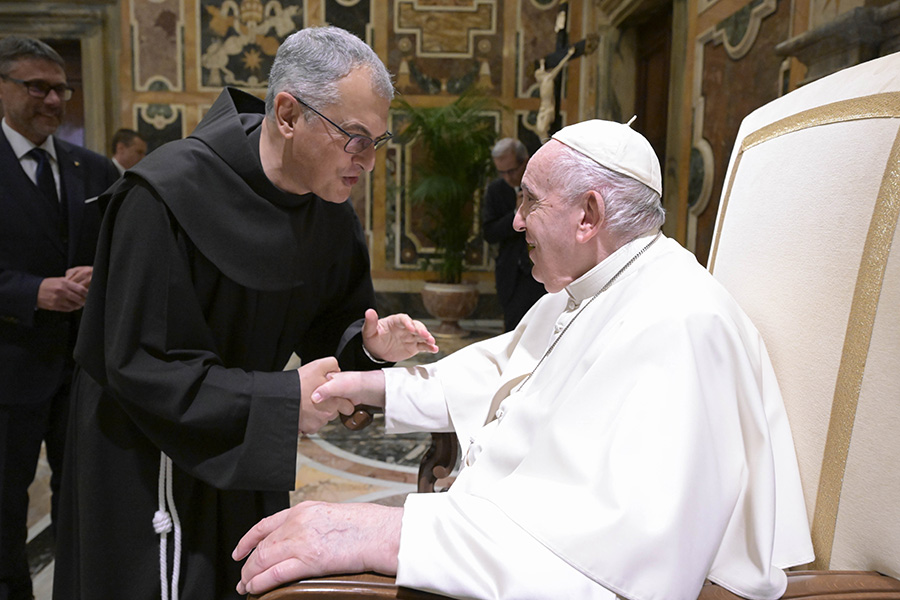 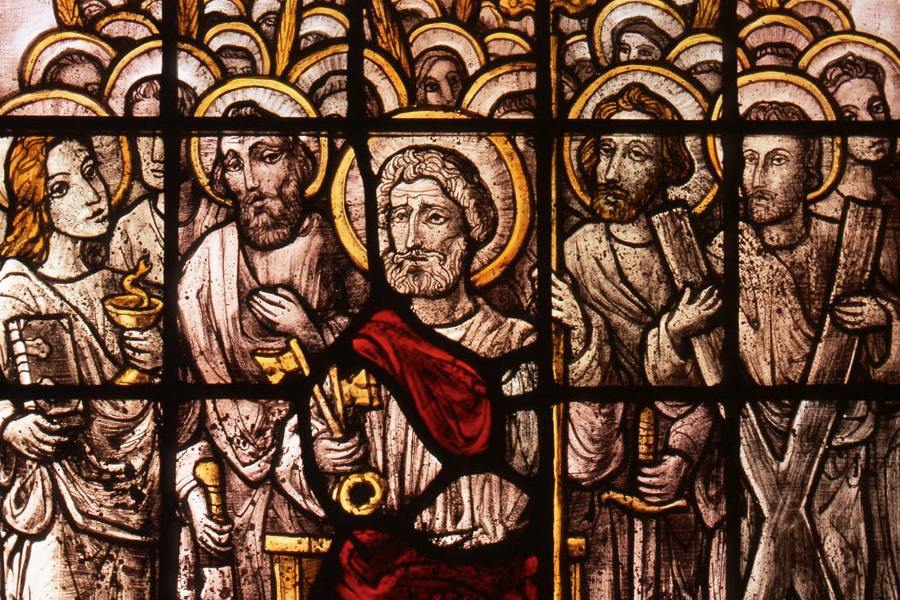