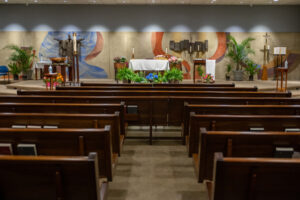 After serving in various volunteer and part-time roles since coming to St. Bernadette in 1993, Ann McDonald was appointed to the position of pastoral life director of the Severn parish in 2008, becoming one of only a handful of women who oversee the day-to-day operations of parishes in the Archdiocese of Baltimore.

That milestone is just one example of the forward-thinking philosophy embraced by St. Bernadette throughout its 50-year history. Its longtime justice and peace ministry, its gay and lesbian outreach ministry and its association with community organizations such as My Brother’s Keeper are further evidence of that approach to parish life.

“This parish, at its roots, is simply trying to live out the Gospel,” said McDonald, who retired in 2012 but still remains an active member of the parish. “At the time I was appointed, I think having that position was a way to deal with the priest shortage. But I was already very familiar with many of the members and shared the same values, so it was an easy transition for me and for our parish.”

Meeting the community’s needs has always been a high priority at St. Bernadette, which was founded in 1972 when Glen Burnie’s Holy Trinity Parish, one of the largest parishes in the archdiocese, was divided into five separate areas. Identified initially as “Area E,” the community that would become St. Bernadette celebrated its first liturgy in Archbishop Spalding High School’s auditorium in 1969 before it was formally established in 1972. Today, St. Bernadette counts approximately 1,000 registered families and is part of a pastorate that includes Christ the King in Glen Burnie.

“Going all the way back to Father (Joe) Connolly in the 1970s, there has been a belief here that the parish belonged to the people,” said Marge Sholl, who has been a member for 42 years. “There has always been active participation in the things that are important.”

That includes a long history of advocacy in civil rights and racial justice, as well as support for the underserved. For many years, St. Bernadette has been one of the rotating host churches in the winter relief program for homeless people in Anne Arundel County. It also supports churches such as St. Gregory the Great in Baltimore City as a contributor to the food pantry or participant in its Christmas sharing project.

Financial support to a sister parish, Our Lady of the Visitation in Haiti, provides a daily lunch for students who often have just one healthful meal per day.

It hasn’t taken long for Father T. Austin Murphy Jr., who became pastor at St. Bernadette in 2021, to understand that congregants have strong ownership of their parish, evidenced by their willingness to be involved with so many causes.

“The people here are fiercely proud of this place,” he said. “Their passion is evident.”

McDonald and Sholl are now serving as two key members of St. Bernadette’s 50th anniversary planning committee. In addition to mobilizing a number of volunteer subcommittees, the two longtime members hope to share the parish’s history and story throughout a yearlong celebration that begins this summer.

“We will have a lot of food and fun, but we are and always have been a very vibrant liturgical community, so we also plan to celebrate that as well,” McDonald said. “We’re a worshiping body.”

Ultimately, the anniversary observance will be aimed at pointing people back to the Gospel.

“We believe that what we’re doing in the world matters,” McDonald said. “We are co-workers in the vineyard.” 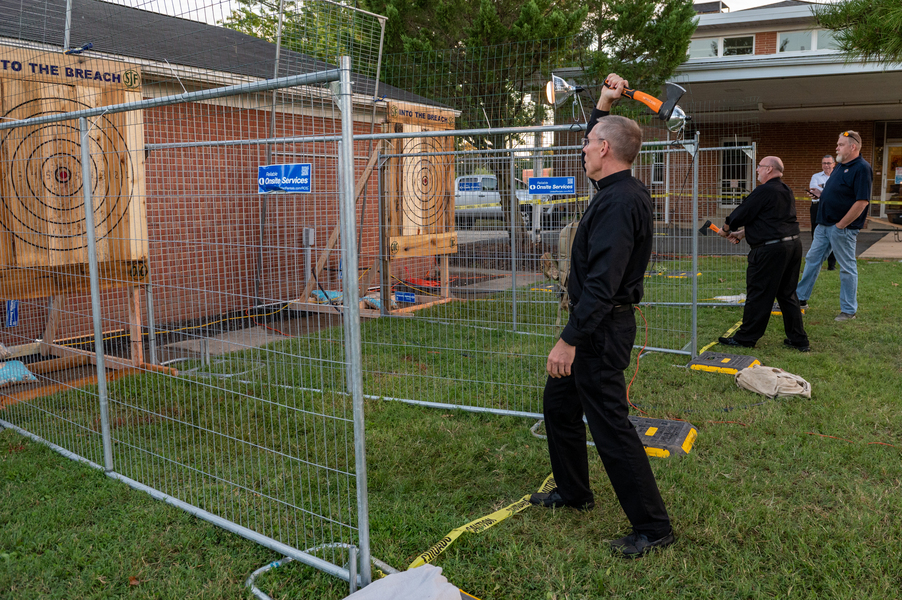 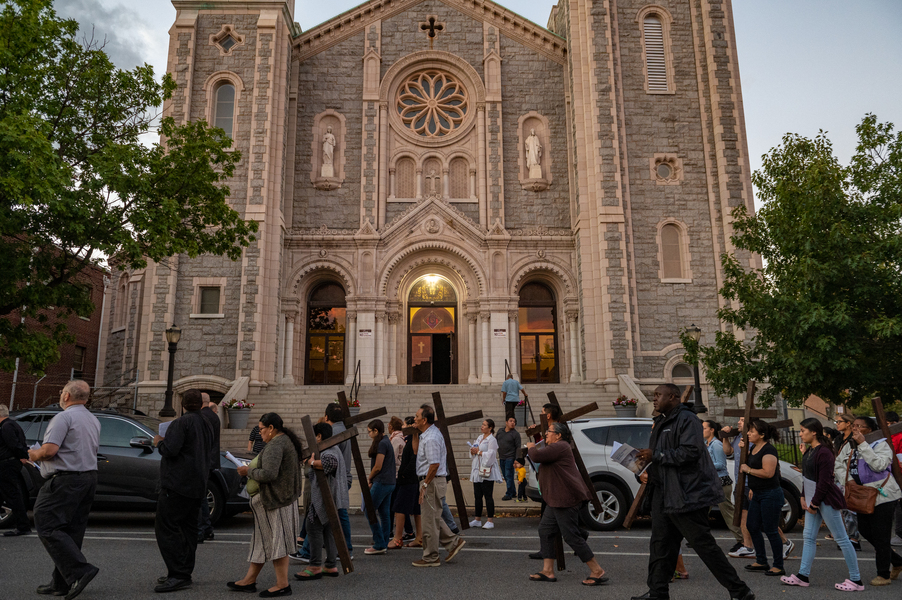 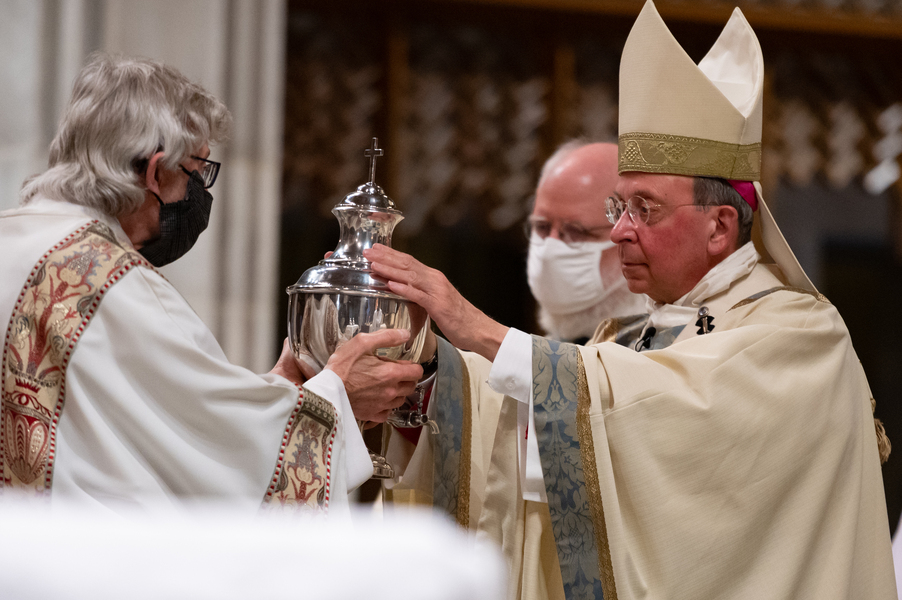 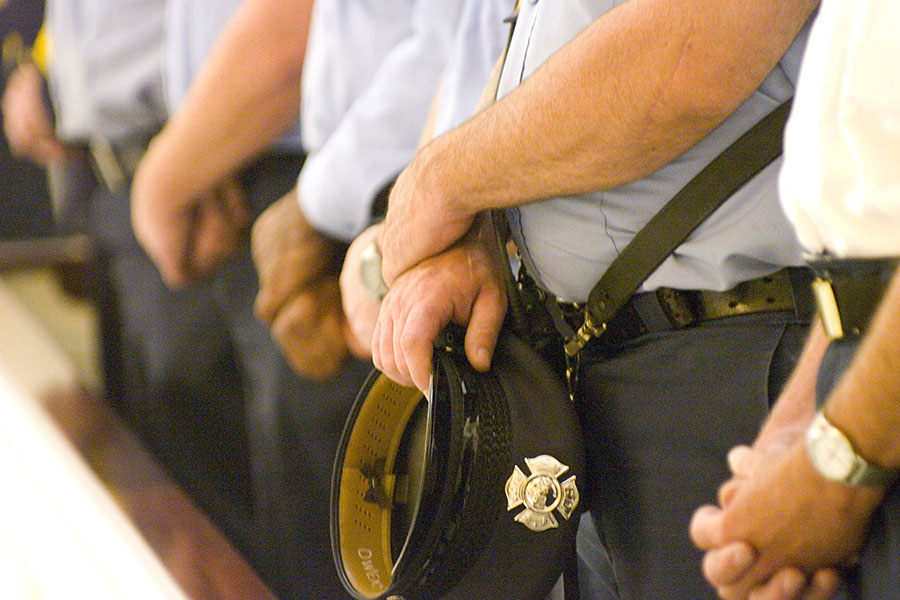 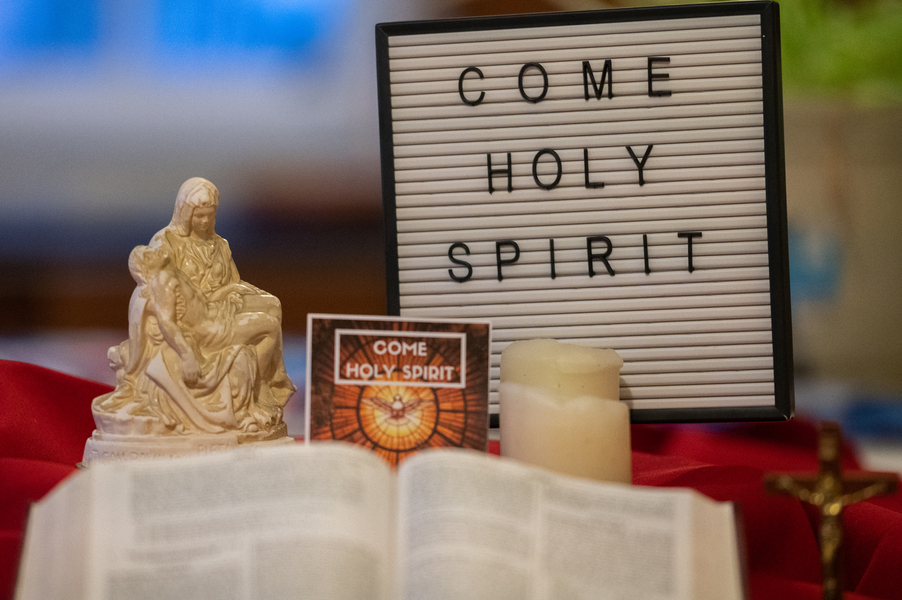