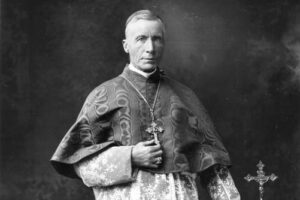 Before his death the week after St. Patrick’s Day in 1921, Cardinal James Gibbons helped send humanitarian aid to war-ravaged Ireland, concluding a lifelong commitment to the country.

Born in Baltimore in 1834, Gibbons’ Irish immigrant parents three years later moved the family back to their native County Mayo. There, in Ballinrobe, the future cardinal lived his teen years during the Great Famine, as one million Irish died of hunger and disease and twice as many emigrated from the island, many to America.

Biographer John Tracy Ellis wrote there is no record the Gibbons family experienced acute hunger, but they surely witnessed the desperation of the period. Sick and starving people begged for admission to the Ballinrobe workhouse to exchange labor for food. Others rioted outside government storehouses.

The future cardinal absorbed the deaths of his father and a younger sister before his mother and surviving siblings returned to America in 1853. He attended St. Mary’s Seminary in Baltimore, was ordained in 1861, and began his ministry at St. Patrick in Fells Point and as chaplain at Fort McHenry. He rapidly ascended the ranks of the church: titular bishop in 1868 at age 34, then youngest in the Catholic world; bishop of Richmond in 1872; and archbishop of Baltimore in 1877.

Click play below to watch a recorded livestream of Archbishop William E. Lori celebrating a Mass in honor of the 100th anniversary of the death of Cardinal Gibbons. Story continues beneath.

Cardinal Gibbons began sending aid to Ireland early in his career, according to Ellis. That included helping a family at the Ballinrobe workhouse, directing wider relief to Ireland through a Galway bishop he had grown up with, and securing work for Irish immigrants in Baltimore.

On St. Patrick’s Day 1887, Pope Leo XIII installed Cardinal Gibbons as the second American-born cardinal. Over the next 34 years, Cardinal Gibbons promoted the “Americanization of the Catholic Church at home and abroad, especially the acceptance of such principles as the separation of church and state and the adoption of democratic procedures,” according to a biography by the Archdioceses of Baltimore.

For most of his career, Gibbons was circumspect about Ireland’s frequent bids for freedom from the British crown and London parliament. He deplored violence, such as the 1916 Easter Rising in Dublin, but was quick to aid the city’s residents suffering in its aftermath.

In 1919, however, Gibbons made a key appearance at a pro-Irish independence rally in Philadelphia.

“Ireland’s right to liberty is as clear as sunlight,” he told the enthusiastic audience. “Every American who is sincerely attached to the principles of his country should be a friend of Irish freedom.”

A contemporary called the speech “one of the most decisive steps of his life,” according to Studies: An Irish Quarterly Review.

As the guerilla war between Irish separatists and the British military escalated in 1920, Cardinal Gibbons attached his name to the leadership of the American Commission on Conditions in Ireland, a non-U.S. government panel that interviewed Irish, British, and American witnesses at Washington, D.C., hearings from November 1920 through January 1921.

He also helped to lead the American Committee for Relief in Ireland. On March 8, 1921, before the St. Patrick’s Day launch of the nationwide fundraising campaign, he issued an appeal for “all kind hearted and generous Americans to contribute to the fund for the relief of the many thousands now suffering want in Ireland. … It is not too much to expect that in every parish of our land effective means be taken to collect funds for the relief of the suffering in Ireland.”

He died two weeks later, age 86, before more than $5 million in relief was sent to Ireland and the southern portion of the newly-partitioned island secured a foothold on independence.

Mark Holan is giving a free Zoom presentation about Cardinal Gibbons and Ireland at 11 a.m., March 20, for the Irish Railroad Workers Museum. 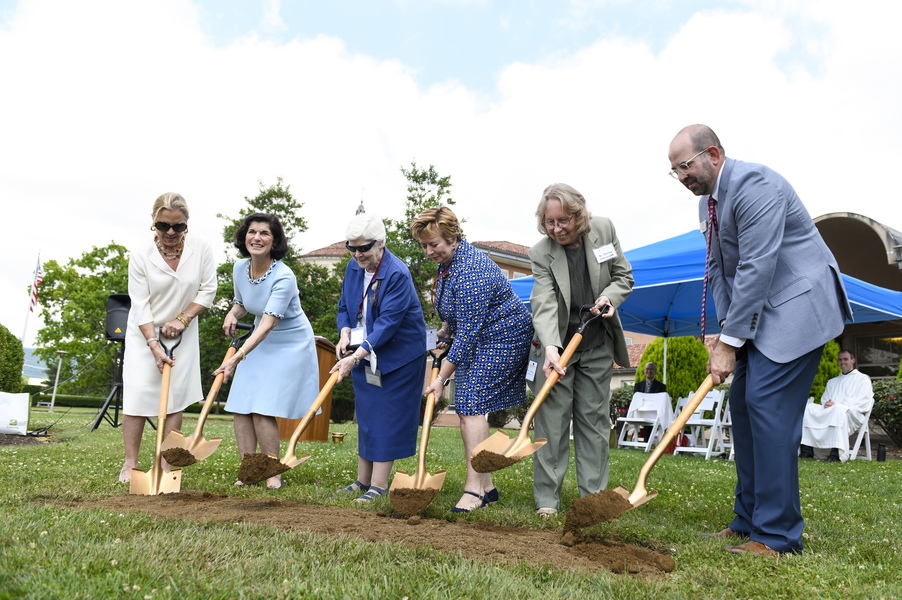