This month’s Names & Numbers features a pet blessing, a Nun Run and more. 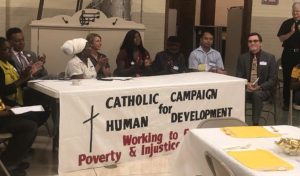 Total of national and local grants awarded at the Archdiocese of Baltimore’s annual Catholic Campaign for Human Development luncheon at St. Francis of Assisi in Mayfield. National grants of $75,000 went to the United Workers Association and the No Boundaries Coalition; $60,000 to Bridge of Maryland; $55,000 to the Northeast Housing Initiative; $50,000 to Drink at the Well; and $25,000 to Charm City Land Trust. Local grants of $15,000 went to Youth as Resources, Integration and Advocacy Network, and Streets of Hope.

CCHD is the national anti-poverty and social justice program of the U.S. Conference of Catholic Bishops.

Total donations made in fiscal year 2019 to the poor box at St. John the Evangelist, Long Green Valley, in Hydes. Catholic Charities of Baltimore, Pregnancy Center North, Marian House and Meals on Wheels were among the agencies and outreaches benefitting from the generosity of its parishioners. 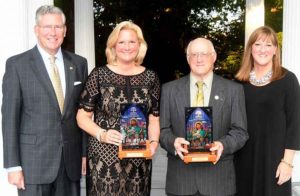 Year the Friends of Catholic Education Inc. (FOCE) was established to benefit Catholic schools in Frederick County. FOCE held its 28th annual McElroy Awards Dinner Oct. 1 at the Ceresville Mansion, where Liz Monahan and John Dowling were honored. They are pictured with Bill Milani, left, president of the board of Trustees of FOCE, and Michele Corr, its executive director.

Monahan, a professor at Mount St. Mary’s University for 28 years, is director of the Center for Catholic School Excellence and has placed and overseen teaching interns at St. John Regional Catholic School and Mother Seton School. She’s a parishioner of St. Francis Xavier in Gettysburg, Pa. Dowling, a parishioner of Our Lady of Mount Carmel in Thurmont, has served Mother Seton School for more than four decades. He was the first president of its PTA, and in 1982 helped start the school’s carnival, which has raised more than $2 million. 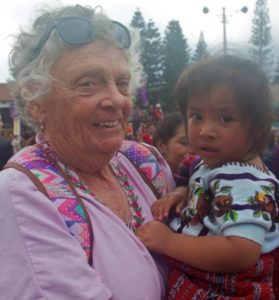 Year Mary Kathleen Roach graduated from Notre Dame Preparatory School. Roach was recognized as the 2019 Mother Caroline Freiss Distinguished Alumna, which honors those who “selflessly give back, because they aspire to transform the world.” A nurse, Roach’s profession and marriage took her around the county. Her volunteer spirit took her to Chile, Haiti and Guatemala, where in retirement she assisted in births, taught local nurses surgical assisting techniques and improved the air in villagers’ homes, where unventilated stoves had led to respiratory illnesses. A resident of Williamsburg, Va., and parishioner of St. Bede Church, Roach helped start its Spanish Mass in 2007. 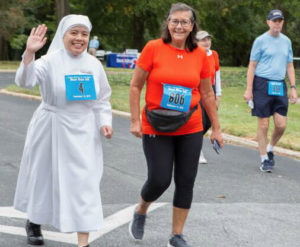 Finishers in the Little Sisters of the Poor 5K “Nun Run” Sept. 14 at St. Mary’s Seminary and University in Baltimore. Harford County dominated the “Parish Pride” competition for the most registered runners and walkers, where St. Ignatius Hickory, in Forest Hill (44 registrants), and St. Francis de Sales in Abingdon finished 1-2. School of the Incarnation in Gambrills won the “Flying Nun” competition for the school with the most participants (40), over St. Mary’s Seminary & University. The latter won the “Blisters for Sisters” honor, for the team with the best time. John Ford won the race, in 18 minutes, 27.6 seconds, and Pam Wheeler was the first female finisher, in 20:07.9. 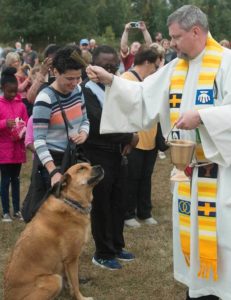 The approximate number of attendees at the third annual St. Francis Festival Oct. 6 at St. Francis of Assisi in Fulton. The turnout included parishioners from St. Louis in Clarksville, its “pastorate partner.” The day included the St. Francis Choir, service opportunities, games, children’s activities and a Blessing of the Pets, which was offered by Father Bill Keown, associate pastor of both parishes. 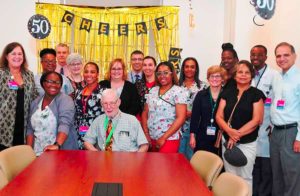 Years of service in pediatrics for Dr. Charles Shubin, who joined the staff of Mercy Medical Center in 1985. In addition to his duties with Mercy, Shubin has served on the Governor’s Council on Child Abuse and Neglect and as chairman on the Governor’s Task Force on Child Abuse and Neglect. He is an associate professor of pediatrics at the University of Maryland and is an assistant professor of pediatrics at The Johns Hopkins University. 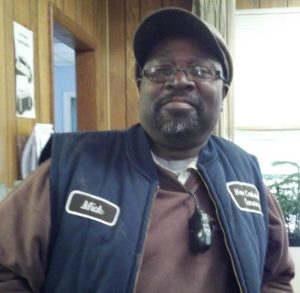 Years of service to New Cathedral Cemetery in Baltimore from James Watson, who recently retired. Watson began work at the only cemetery owned by the Archdiocese of Baltimore in April 1983, as a grave operator. He became assistant foreman, and retired as foreman. “He is known for being a great backhoe operator; a lot of people have been fortunate to have been taught by him,” said Sharon Zepp, a fellow employee.