All Souls Day and the month of November are special times for remembering the dead. This installment of Names and Numbers is dedicated to some of the lay contributors to the Archdiocese of Baltimore who died in the last year. 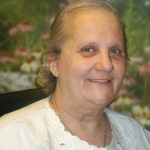 Year Anna Renault published her first book. The last, “My 40 Year Dance with Cancer,” came out last year. Renault was 68 when she died Aug. 1. She served on the parish council and was a Mass lector at Our Lady of Mount Carmel in Essex. She had worked in the state Department of Education. 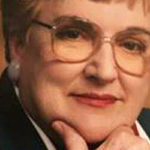 Year Kathleen E. Tallent retired from a career that saw her teach in Carroll County public schools and at Notre Dame of Maryland University in Baltimore; serve as a librarian at St. Mary’s Seminary and University in Roland Park; and as the director of lay associates of the Religious Sisters of Mercy. A parishioner of St. Joseph in Sykesville, Tallent died June 15 at age 84. 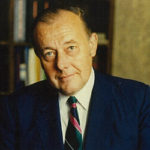 Year James A. Oakley began a 20-year stretch as  president of what is now MedStar Good Samaritan Hospital, where he led the opening of an independent living facility, a nursing home and a day care center. A father of eight, his daughters attended Mercy High School, where he served on its board, including one stint as chairman, and made substantial contributions to the Harry and Jeanette Weinberg Auditorium. 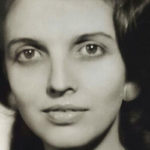 Year Isabel Sainz and her husband, Miguel, fled their native Cuba, settled in Baltimore and began giving to St. Mary of the Assumption in Govans and the Hispanic Apostolate. Sainz, who died Jan. 14 at age 81, was trained as a dentist in Cuba but became a special education teacher in Baltimore County after the third of her six children was born with cerebral palsy. Her husband was ordained a deacon for the archdiocese in 1975. 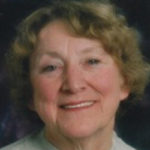 The year Ann Marie Mainolfi graduated from The Catholic High School of Baltimore. After earning a degree from Mount St. Agnes College, she joined the Matthew Players at St. Matthew Parish, and directed productions for the former Seton High School and Notre Dame Preparatory School. A funeral Mass was offered at St. Bartholomew in Manchester for Mainolfi, who died last Dec. 31 at age 84. 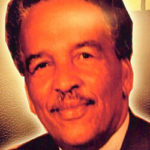 The year William Sumerville, then 15, left a farm in Southern Maryland, where he had attended the Cardinal Gibbons Institute, the first high school open to blacks in St. Mary’s County, for better opportunity in Baltimore. He worshiped at St. Veronica in Cherry Hill, and since 1965 at St. Bernardine in West Baltimore, where he had been one of the first blacks to serve as an usher. A U.S. Army veteran, Sumerville died June 4 at age 88.

Compiled from obituaries that appeared in The Baltimore Sun and on funeral home websites.