A year since the insurrection at the U.S. Capitol, Monsignor Salvatore A. Criscuolo continues to see the physical pain and mental stress among officers of the Washington Metropolitan Police Department.

A volunteer chaplain serving the department for 36 years, Monsignor Criscuolo, 72, regularly hits the streets, where he hears from officers who continue to struggle having fought with fellow Americans bent on blocking the peaceful transition of the presidency.

“Many officers are still not able to get back to work,” he told Catholic News Service.

Every chance he gets, Monsignor Criscuolo takes to the streets to talk with officers. At times he’ll ride a police motorcycle. Most of the time he seeks out officers on the beat to see how they are doing, whether they were involved in the Capitol riot or not. They talk about family, their careers and their daily struggles.

Monsignor Criscuolo said he was shaken by the violence as well.

He recalled being with officers on Pennsylvania Avenue when demonstrators, largely supporters of former President Donald Trump, passed by.

“Then everything broke loose,” he said.

The priest told the officers he wanted to join them at the Capitol. But they told him to return to his residence at nearby St. Patrick Church, where he retired as pastor in 2019, so he would be safe.

At the church, about a mile and a half from the Capitol, Monsignor Criscuolo turned on his police scanner. “You could hear the intensity and the fear of the officers that day,” he said.

The priest called the events of the day “frightening.”

“Unless you were there and unless you know them (the officers), you can’t imagine what they experienced. It was a six-hour battle. It was a war against other Americans, which is even more frightening.”

The next morning, Monsignor Criscuolo returned to the streets to be with the officers. He met with those who were on duty, working 12- to 16-hour shifts.

“I went out there to talk with them to see how they were doing, to listen to their stories. They were beaten up. More so emotionally, just beaten up. A couple of them actually went to confession the day after, which is not unusual after an event like this,” he said.

In the year since the violence that postponed, but did not derail, congressional certification of President Joe Biden’s election as the country’s second Catholic president, Monsignor Criscuolo said he has seen a deeper resolve among police officers to put their lives on the line to preserve democracy.

Meanwhile, the pastor of St. Joseph Church on Capitol Hill told CNS Jan. 5 that he did not foresee a return of violence on the one-year anniversary of the insurrection.

Father William Gurnee, a former congressional staff member, said the events of that day were disconcerting. The parish is just three blocks northeast of the Capitol.

“We’re a town used to protests, used to marches, so it doesn’t faze us. But the mood of the country was somewhat on edge and that was reflected on Capitol Hill,” he said.

The parish always has welcomed congressional staffers — holding different political philosophies — to Mass. Politics has never interfered in the ministries of the parish, Father Gurnee said.

“We have Democrats. We have Republicans. We have independents. Everybody is welcome at St. Joseph’s. We’re neighbors,” he said.

Despite holding such sentiments, Father Gurnee said he has noticed a gradual decline in the sense of community in the neighborhood. He is seeing fewer people relocating their families, leading to few encounters outside of the parish — such as at schools where kids would be enrolled or at a local grocery store.

“They’re not having the opportunity to know each other as people,” he said.

In response, Father Gurnee tries to connect newcomers in other ways. When someone comes to Mass and introduces himself or herself, he will point out others in a similar situation. “It’s one of my big jobs particularly,” he said.

More importantly, he said, is keeping the focus on Jesus and letting people know he and the parish at large are there to support them.

“As a former congressional staffer, I was taught that these members of Congress have so many people in their face asking for stuff,” Father Gurnee said. “I make it very clear that I’m here to serve them, not to ask for something.”

Elsewhere, Franciscan Action Network and Faithful Democracy were hosting an online interfaith prayer service the evening of Jan. 5 to mark the anniversary of events at the Capitol.

Patrick Carolan, Catholic outreach director for Vote Common Good, said the prayer service will allow participants the opportunity to consider their role in responding to the violence and how they may feel called to move forward. Participants also will be invited to fast on Jan. 6.

In a post on Franciscan Action Network’s “Acting Franciscan” blog, Carolan and Brian McLaren, a Protestant theologian, author and social justice activist, called on people of faith, and ministers in particular, to end their support of efforts to thwart democracy and discontinue espousing the falsehood that Trump actually won the presidency in 2020.

“Every bishop, priest, and minister who is not part of the problem needs to become part of the solution by speaking out with conviction against current attempts to sabotage our elections and destroy our democracy,” they wrote. “And the rest of us need to join our voices with theirs and come together to heal a divided nation as we hold accountable those who continue efforts to destroy it.”

They invited people to spend Jan. 6 registering voters and to join one of the many candlelight vigils nationwide that will serve to send “a unified demand to Congress” to enact stronger voting rights and democracy protections in federal law. 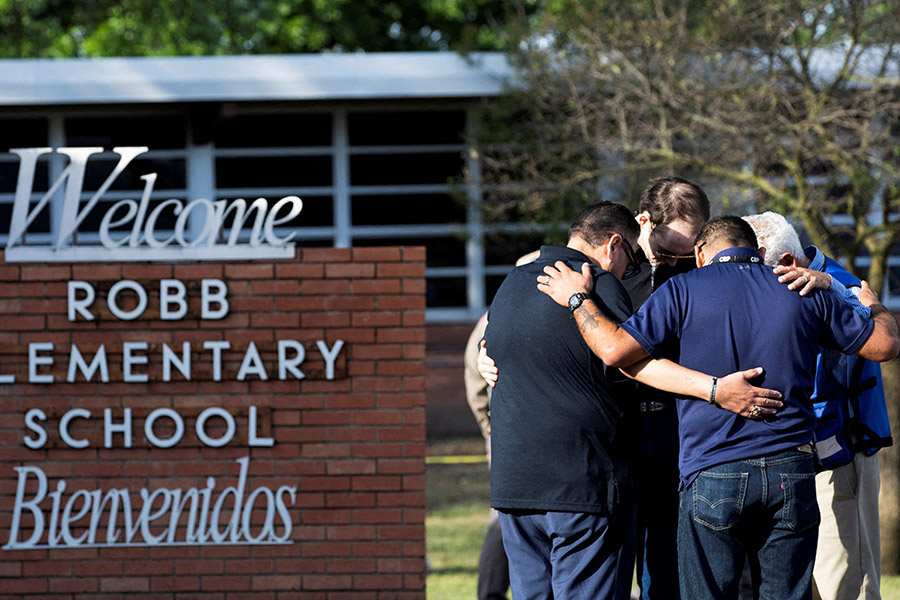 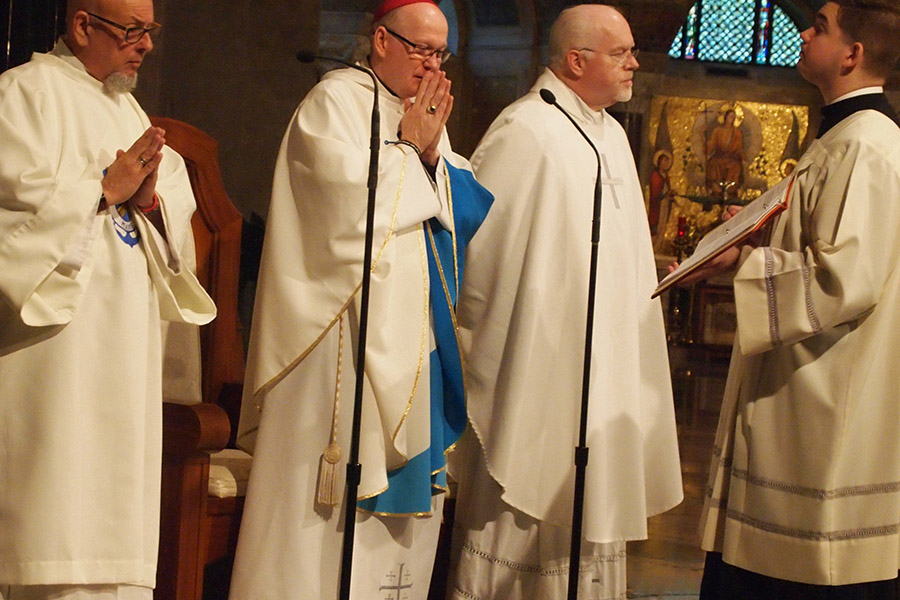 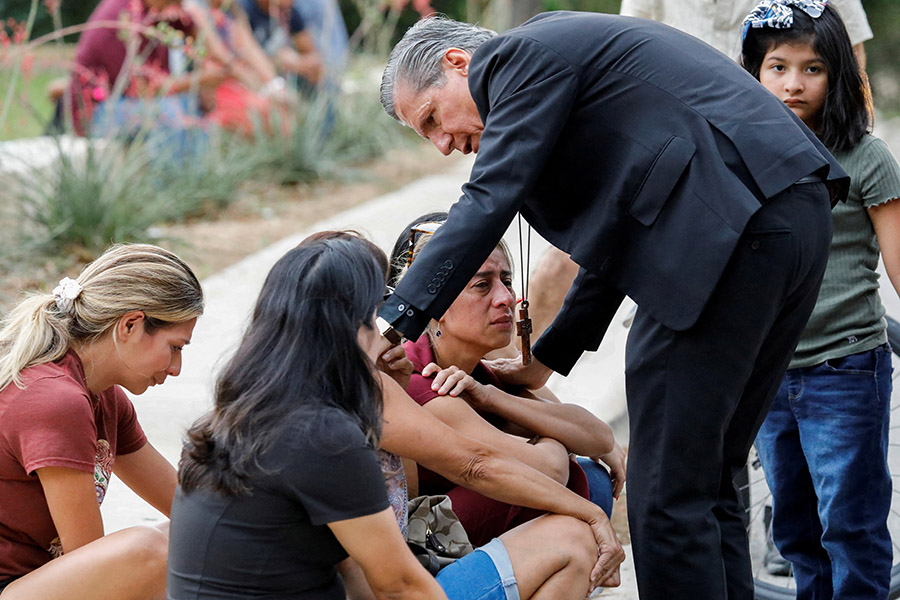 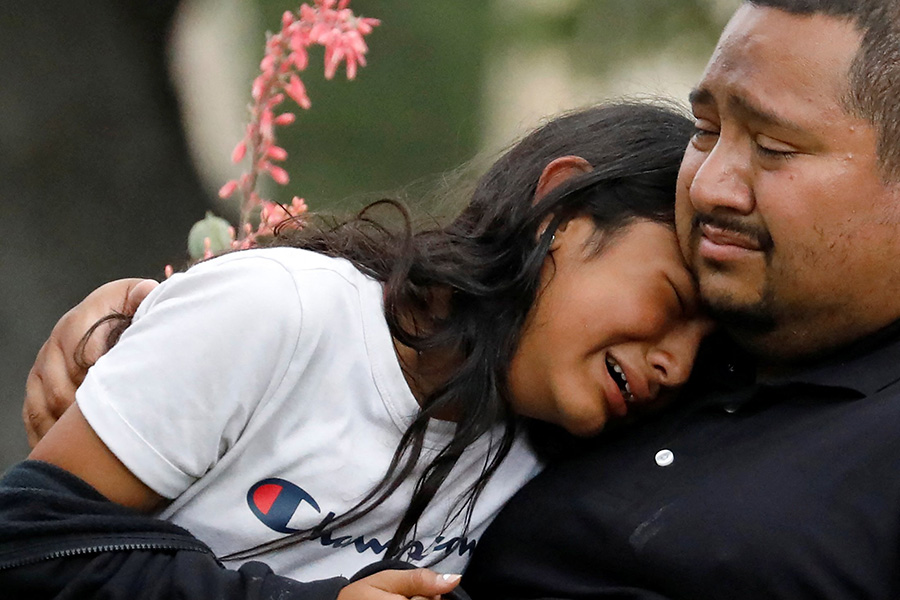