Karin Abbott’s creativity, passion and resourcefulness come in handy as she faces a series of educational challenges unique to our time.

She teaches religion to eighth-graders and music to every child at Monsignor Slade Catholic School in Glen Burnie. Her students range from middle-schoolers preparing to select a high school based on its performing bands, to 4-year-olds  learning the basics of “body” percussion.

The precautions in place because of the coronavirus pandemic mean that Abbott is never in the classroom with any of those children.

“Everything is remote for me,” Abbott said. “I can’t risk going from age group to age group.”

As does Dorothy D’Anna, the Slade art teacher, Abbott remains in the same otherwise empty room over the course of the day, using an AMX Acendo Vibe camera/sound bar to connect with individual grades she views on two screens, one with most of the children in a classroom on campus, the other showing remote learners at home.

Their classroom audiences change, requiring Abbott to segue from explaining music theory to young teenagers to amplifying her facial expressions for the Sesame Street crowd as they learn how to snap their fingers and clap or tap to the beat.

The September adjustments at Slade included two classes in which students tested positive for COVID-19, leading each of those classes to be quarantined for two weeks, during which they switched to remote learning.

That adaptability and expertise are among the reasons Abbott was honored as an Archdiocese of Baltimore Elementary School Teacher of the Year at the Department of Schools’ annual convocation  Aug. 27 (see page 21).

“Her lessons include aspects which reach the whole child,” wrote Alexa Cox, the Slade principal, in nominating Abbott for the award. “In addition to her daily music lessons, (Abbott) has formed a worship choir, show choir, and directs several musical productions each year.”

Cox noted that Abbott “provides summer camp opportunities in musical theater to students in need through The Children’s Guild in Annapolis.”

Abbott said that she comes from a family of “jocks” – her brother, Kevin Necessary, is the athletic director at Broadneck High School in Annapolis – and can point to a specific place and time when her love of music was ignited.

In the early 1980s, her father’s work with General Motors took the family to Shreveport, La. She was a second-grader, occupying a pew at St. Mary of the Pines, when the children’s choir set its hook in her.

“The next Thursday, I was there at practice,” Abbott said. “That Christmas, when the choir sang at Mass, I had the solo.”

That was “Little Child.” Over the years, as she sang, she said, in “all the choirs” at Chesapeake High School in Pasadena and became president of the choir at Salisbury University, “On Eagles Wings” came to be her favorite hymn.

Abbott said she doesn’t play an instrument, “unless you count pounding on the piano,” but her appreciation ranges from Handel’s “Messiah,” to the “Million Dollar Quartet,” a once-in-a-lifetime Memphis recording session with Johnny Cash, Jerry Lee Lewis, Carl Perkins and Elvis Presley.

“This is what I was born to do,” Abbott told the Review at the convocation.

Her husband, Bob, teaches music at Arundel High. They’re the parents of two girls, Sydney, a 2019 graduate of Archbishop Spalding High School who is attending DeSales University in Center Valley, Pa., on a vocal scholarship, and Lily, a sixth-grader at Slade. The Abbotts worship at Christ the King in Glen Burnie, which includes Holy Trinity, the church of her childhood.

Their circle of friends includes Bill Sturgiss, the band director at Spalding. Abbott credits Beth Hough, the chairwoman of the music department at Spalding, with greatly expanding the horizons of her students at Slade.

“Spalding has been so good to us,” Abbott said. “Their groups are always coming to Slade. Since COVID-19, so much has been scaled back, and I can’t wait for us to be able to resume that.”

Abbott is the Arts Integration Specialist for Slade, in addition to teaching religion to the eighth-graders.

“It’s an important stage in their life,” Abbott said. “That’s a responsibility I take very seriously. Guiding students at this very difficult age to depend on their faith can make such a difference in their emotional wellness and growth.”

She looks forward to the day when her students can sing together, and congregations can do the same.

“Music is a tool that our faith has used for centuries to connect people to the word of God, so for me, it is a natural connection,” she said. “Mass is not the same without music. It’s how so many relate to their faith.” 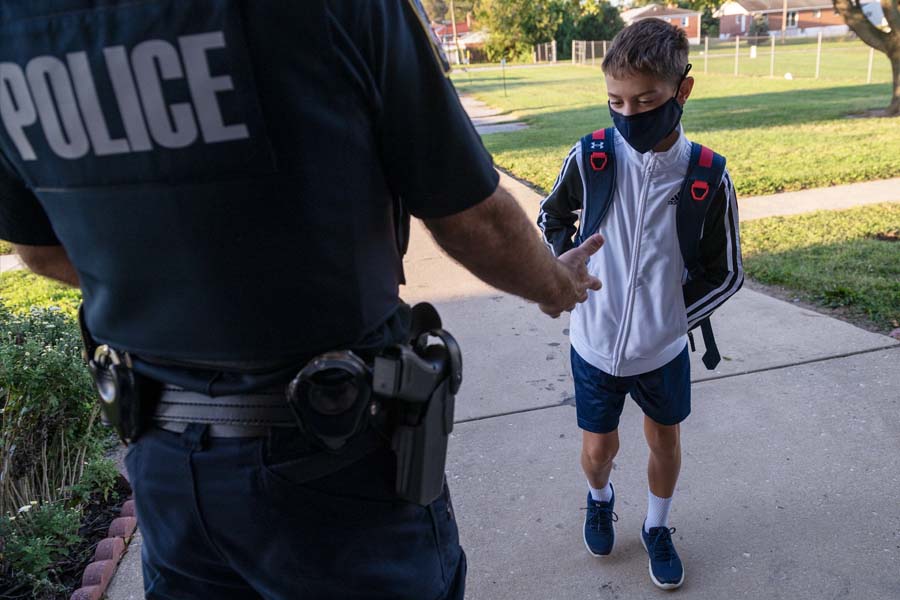 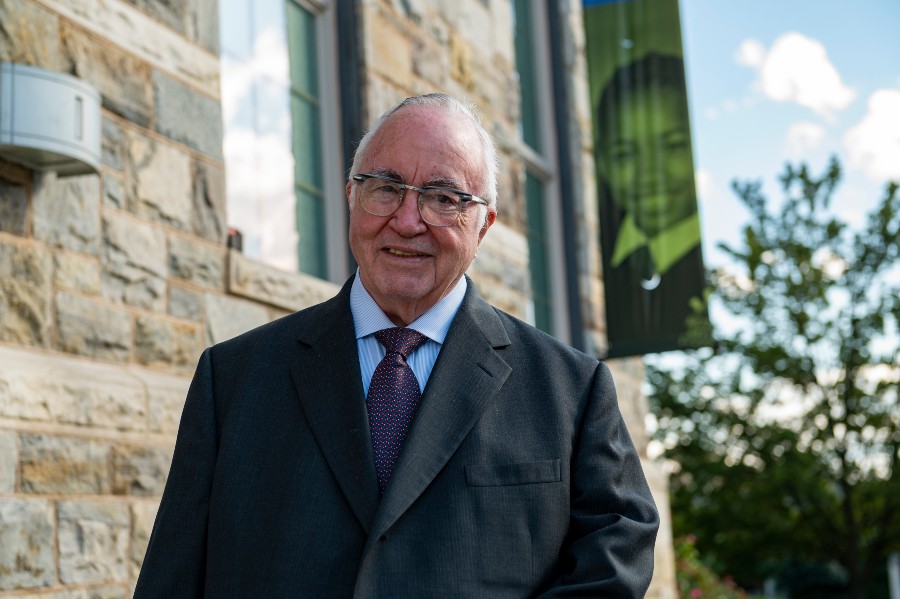 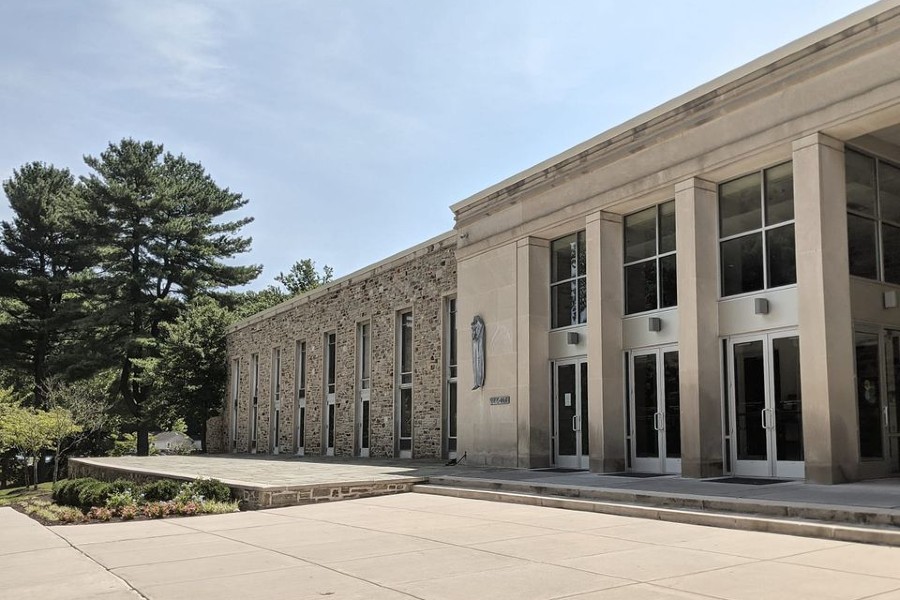 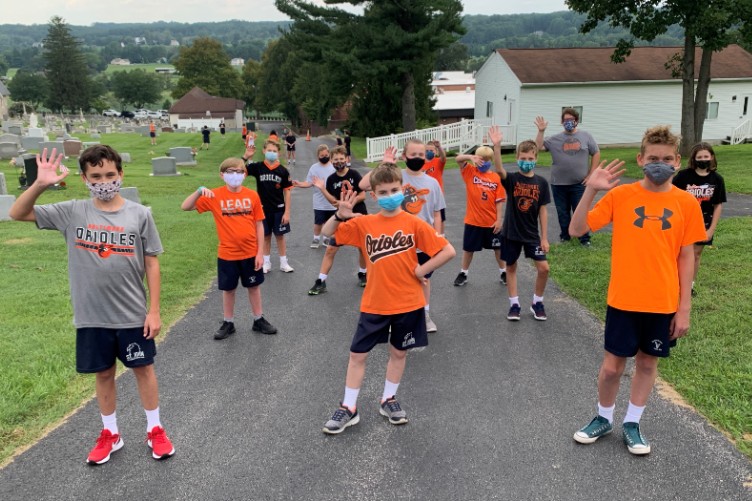 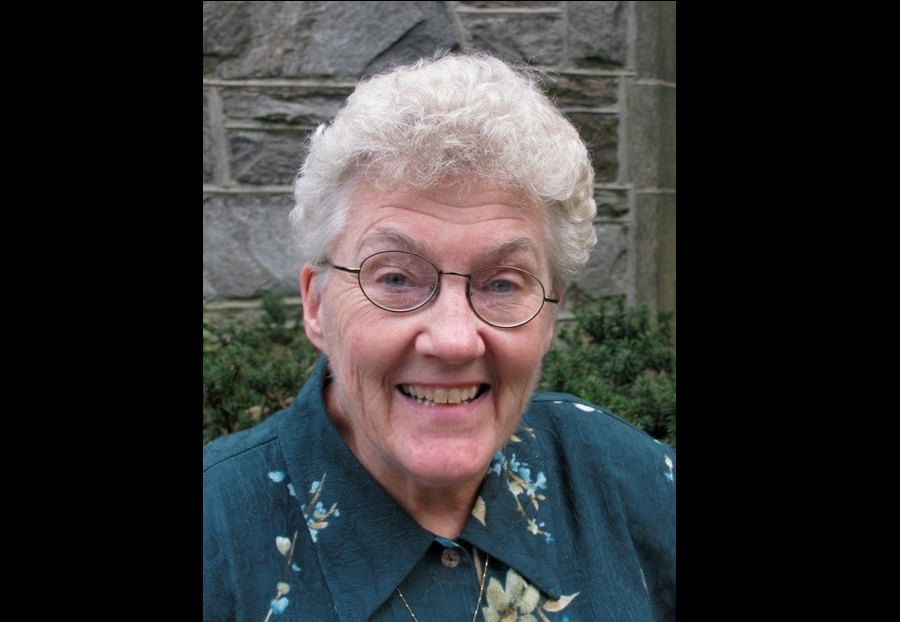