If Loyola-Notre Dame Library still charged fines for overdue books, whoever recently returned three volumes checked out more than 51 years ago would be facing quite a bill.

Danielle Whren Johnson, a Loyola-Notre Dame librarian, said the books were recently returned in a bin at a public library and then forwarded to Loyola-Notre Dame Library. They were likely checked out of Mount St. Agnes College’s library in Baltimore some five decades ago.

Mount St. Agnes merged with Loyola College in 1971, and its book collection was joined with Loyola’s at the same time. The current Loyola-Notre Dame Library has served both Loyola University Maryland and Notre Dame of Maryland University since 1968.

“We were surprised and delighted to receive the books,” said Johnson, noting that the library became aware of the returned books Feb. 24. “We really don’t know where they came from or who returned them. There was no note or anything with them, so we don’t know who dropped them off.”

Johnson, who leads Loyola-Notre Dame Library’s social media committee, said her library has migrated multiple systems for tracking books over the last several decades and doesn’t have a record of who last checked out the books. The due date cards were removed, she said.

“We suspect these would have been checked out when Mount St. Agnes was still operational,” she said.

The returned volumes were “The Loeb Classical Library: Suetonius, Volume II” by J.C. Rolfe, “Roman-Political Institutions” by Frank Frost Abbott and “Life and Literature in the Roman Republic” by Tenney Frank.

Johnson speculated that since Loyola is celebrating the 50th anniversary of its merger with Mount St. Agnes, it’s possible someone may have just realized where the long-forgotten books could be properly returned. Mount St. Agnes was a women’s college and Loyola was a men’s college before the two joined to form a coeducational university.

“It’s kind of fun that this is happening while we’re in the midst of celebrating the merger,” she said. “It’s always nice when people try to return things to where they came from.”

Johnson said the Loyola-Notre Dame Library charges for replacing lost books, but, like many other library systems, does not charge overdue fines. She doesn’t know if the returned books will be put back into circulation.

“I don’t think any decision has been made at this point,” she said.

There have been several national stories in recent years about long-overdue books being returned to libraries. “The Fire of St. Francis Xavier” by Arthur R. McGratty, for example, was anonymously returned to the Fort Washington branch of the New York Public Library in 2013 after being 55 years overdue.

According to the Guiness Book of World Records, the world´s largest fine for an overdue library book was $345.14 for a poetry book returned in 2003 to the Kewanee Public Library in Illinois after 47 years. 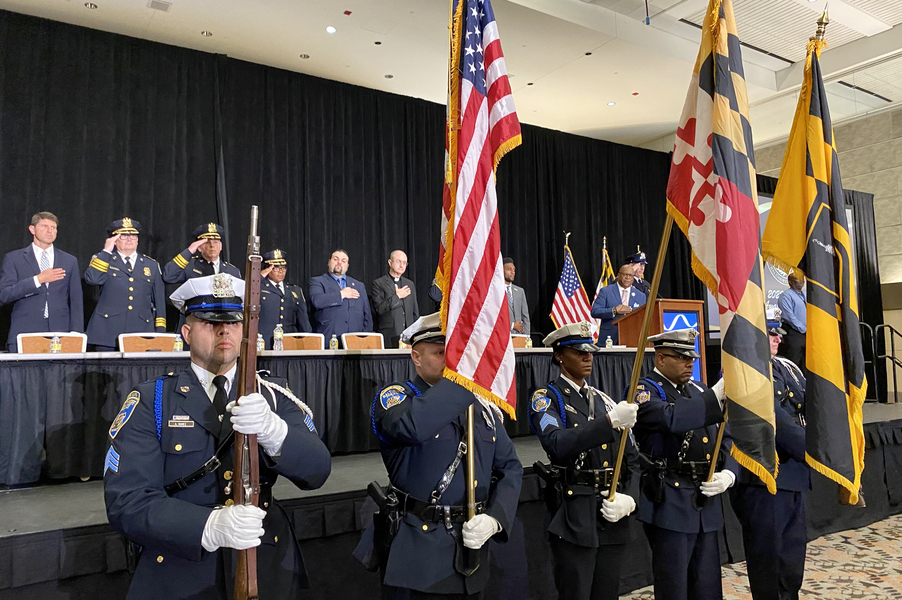