Maryland Attorney General Brian E. Frosh filed a motion Nov. 17 to allow release of the office’s report of its investigation of child sexual abuse in the Archdiocese of Baltimore.

The investigation began in late 2018. Although the attorney general’s office has a policy of not confirming ongoing investigations, the archdiocese announced at that time that it was cooperating with the AG’s office.

In a letter sent to the archdiocesan faithful Nov. 17, Baltimore Archbishop William E. Lori acknowledged information in the report would be a source of renewed pain for many, “most especially those harmed by representatives of the church.”

“I will continue to apologize as long as there are people in pain, and pledge to continue to do everything possible to ensure that no one in the church’s care is ever again harmed by a representative of the church.”

The Archdiocese of Baltimore was one of the first in the country to publicly disclose the names of priests credibly accused of sexual abuse, even if they had not been criminally charged.

At that time, 57 men were named. Other names have been added in the intervening years as allegations became known. More were added in 2018 after a Pennsylvania grand jury report detailed allegations that included some priests who had served in Maryland or cases where the alleged abuse occurred within the boundaries of the archdiocese.

In April 2019, an additional 23 names were added of priests who had been accused of child sexual abuse after they were deceased.

The archdiocese’s published list now includes 152 names, including many priests from other dioceses or religious orders and 17 religious brothers who served in or had a connection to the archdiocese. The list was last updated in June 2022.

Frosh’s motion said, “For decades, survivors reported sexual abuse perpetrated by Catholic priests and for decades the church covered up the abuse rather than holding the abusers accountable and protecting its congregations. The Archdiocese of Baltimore was no exception.”

The attorney general’s motion did not mention the archdiocese’s efforts since the early 1990s, including reporting all incidents and allegations to law enforcement.

Archbishop Lori acknowledged that the number of 158 accused priests, cited in Frosh’s motion, might raise questions about the correlation to the archdiocesan list. “It is difficult to make a direct comparison between this number and the 152 priests and brothers on the archdiocese’s website list of accused, but we know that the archdiocese has publicly stated, after consultation with its Review Board, that its list does not include the names of priests or brothers who died before a single accusation of child abuse was received, unless the allegation could be corroborated by a third party or unless a second allegation was made against the same deceased cleric,” the archbishop said.

He also said that the conclusions drawn from historic events cited by Frosh’s investigation of 80 years of records, “while a continued source of shame and remorse, do not reflect the archdiocese’s current and decades-long strong pastoral response and handling of allegations of child sexual abuse.”

He cited the archdiocese’s efforts to fully comply with child protection efforts, including “reporting to law enforcement of all allegations of child sexual abuse; zero tolerance resulting in permanent bans of any employee or volunteer credibly accused of abuse; offers of counseling assistance and pastoral outreach to anyone reporting harm by a minister of the church; extensive screening and training of all church ministers, employees and volunteers; continued accountability and oversight by our Independent Review Board and national compliance auditors; and open communication about newly received credible allegations of abuse, including through the list of credibly accused priests posted on the archdiocesan website and through various other archdiocesan communications channels, the media, and church institutions.”

The Office of the Attorney General said that as part of its investigation, it created an email address and a telephone hotline for people to report information about child sexual abuse, and that more than 300 people contacted the office. Investigators reached out and interviewed hundreds of victims and witnesses, the office said in a news release.

Archbishop Lori said, “For some, the attorney general’s motion may help provide answers they have spent years awaiting. For others, it may reopen wounds or feel as an inadequate or incomplete account of justice. To all, however, I pray it brings some measure of healing of the deep wounds caused by the scourge of child sexual abuse in the life of the church.”

In 2002, the Catholic bishops of the United States approved the Charter for the Protection of Children and Young People and accompanying norms for implementation in every diocese in the country. Some dioceses, including the Archdiocese of Baltimore, already had policies in place regarding sexual misconduct by clergy.

The passage of the charter was an acknowledgement that there had been children and young people who were victims of sexual abuse by some clergy and religious, and that the church’s response was at times inadequate and even harmful.

The charter was established to establish guidelines the bishops believed would ensure protection of young people.

The Archdiocese of Baltimore has an Office of Child and Youth Protection, which provides a variety of services for victims or survivors of abuse when the perpetrator is an employee or volunteer of the church.

The archdiocese also has an Independent Review Board, an eight-person group of mostly lay people, which reviews individual allegations of abuse and helps shape archdiocesan child protection policies. It is currently chaired by Dr. Jay Perman, chancellor of the University System of Maryland, and includes one pastor, one religious sister and five other lay professionals with expertise in law and social services.

The Archdiocese of Baltimore complies with Maryland laws requiring reporting suspected child abuse to civil authorities. Under Maryland Law, any person who has reason to believe a child has been subjected to abuse must report the suspected abuse to civil authorities, even if the potential victim is now over 18 years old and even in cases where the alleged perpetrator is deceased.

Anyone can report misconduct via the archdiocesan website, including sexual misconduct or interference by a bishop.

If someone associated with the church, including clergy, employees or volunteers of the archdiocese, is suspected of abuse, then the suspected abuse must also be reported to the archdiocesan Office of Child and Youth Protection at 410-547-5438 or the Victim Assistance Line at 1-866-417-7469. 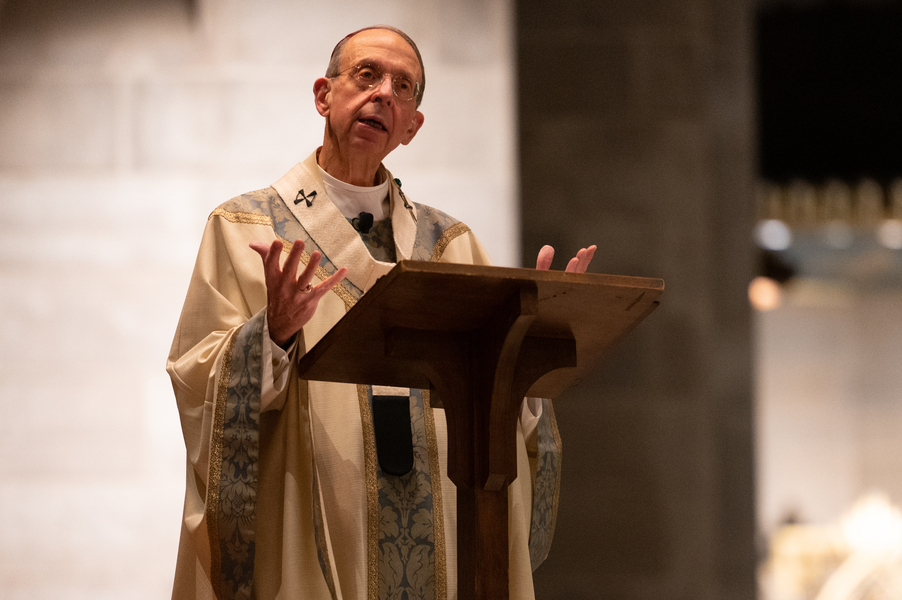 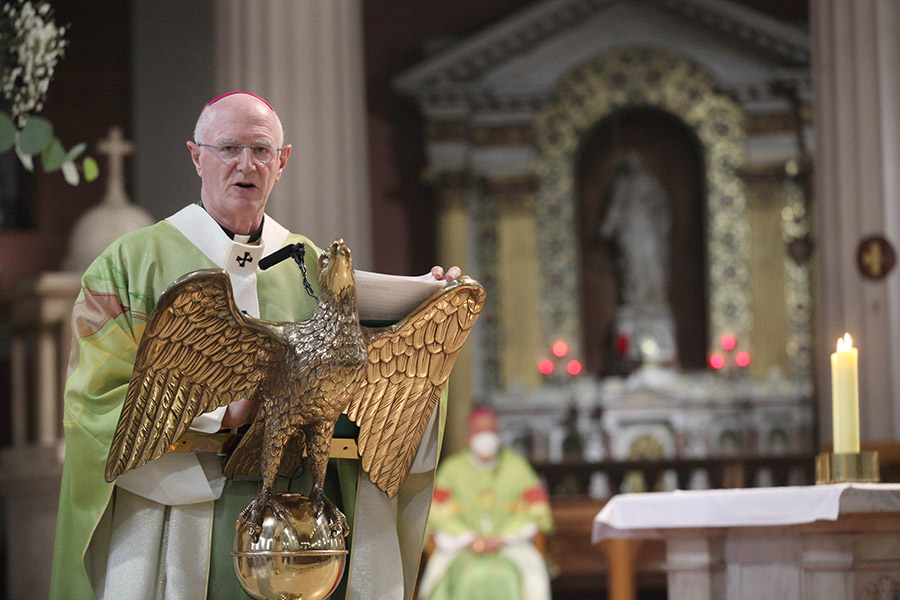 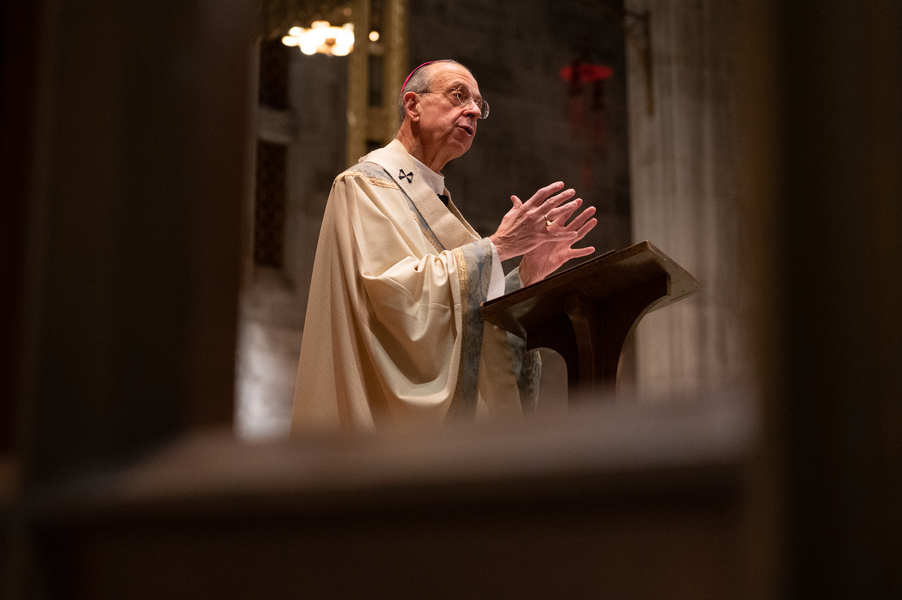