Archbishop William E. Lori has created a new Institute for Evangelization for the Archdiocese of Baltimore and has named Edward Herrera as its first executive director.

The institute will take over the responsibilities of the existing Department of Evangelization. The focus of the effort will be done by what are called Emmaus Teams for Parish Renewal, dedicated to helping parishes with the goal of creating missionary disciples among the faithful.

The archbishop said the teams are based on a scriptural idea of sending disciples out in twos. Instead of a multiplicity of bureaucratic offices, “we would have dedicated staff, people working with parishes as they undergo the parish pastoral planning process and with other parishes as they seek to enhance, grow and develop their evangelization and catechetical mission.”

He said the model works well in other areas of the archdiocese, with regional financial controllers and regional development directors assisting parishes in those areas.

There will be four Emmaus Teams of two people each, focusing on two areas: renewal and leadership and Catholic mission identity.

The existing Office of Pastoral Planning that helps parishes with the planning process launched in 2015 will become part of the Emmaus Teams, focusing on renewal and leadership. Pastoral planners already worked extensively with the former Evangelization Department to provide resources to parishes.

The archbishop said that even before the archdiocese started a taskforce to examine fiscal concerns last summer, he had wondered whether it was appropriate to have “parish planning in one bucket and evangelization in another bucket and whether it was efficient for parishes to have to utilize a multiplicity of offices in order to get the services they should have. We realized there was a synergy there.”

He added, “The Department of Evangelization isn’t what evangelizes, nor will the institute evangelize. They are catalysts for helping evangelization to occur where it needs to occur, which is in our parishes.”

The archdiocese retained as a consultant Bill Baird III, who had been chief financial officer for the archdiocese before working for Dynamic Catholic, an organization dedicated to evangelization. The extensive consultation of the archdiocese’s evangelization structure included more than 100 interviews with pastors and others working in parishes. The archdiocese received a proposal from Baird and spent December and January making the recommendations practical and workable within archdiocesan structures, the archbishop said.

In addition to the Emmaus Teams, the new Institute for Evangelization will include: the Office of Family, Youth and Young Adult Ministry, which will also oversee the O’Dwyer Youth Retreat House; the Office of Life, Justice and Peace, that incorporates respect for life, pastoral care, ministry to those with special needs and those who are deaf, and prison ministry; and the Office of Divine Worship.

Archbishop Lori said the family ministry office “will aim not only to do the traditional work of marriage preparation and various programs to help families, but also will also help make our parishes campuses where married people, families, young people, students in our schools, etc., will be brought together and give it a campus-like feeling and to make sure that everything is all pulling in the same direction.”

In his recent pastoral letter, “A Light Brightly Visible 2.0,” the archbishop echoes Pope Francis in referring to parishes as “a family of families.”

“A parish is as strong as its families are,” Archbishop Lori said, “and I know there’s different kinds of families and that’s recognized, but the stronger family life is within a parish, the stronger a parish is going to be. Not for nothing does the church refer to families as a domestic church.”

Herrera, who before being named the new executive director of the Institute for Evangelization was director of the Office for Marriage and Family Life, said he was originally inspired to come to work for the archdiocese after reading the archbishop’s first pastoral, “A Light Brightly Visible,” in 2015.

“For my part, I’ve been struck by the vision that he’s cast and in my own work and ministry with marriage have aimed at enacting that vision,” said Herrera, who worked at a large parish in the Archdiocese of Galveston-Houston before coming to Maryland.

“It’s my sense that the archbishop has asked me to (lead the institute) because there is a consistency in the vision that I have with his own.”

He said the Emmaus Teams are the heart of what the Institute for Evangelization will be doing, noting that most successful models for parish renewal involve a pastor and his leadership team carrying out a shared vision that takes into account each parish’s charisms and personality.

Each two-person team will help pastors form, support and encourage leadership within the parish. In terms of parish renewal, the team will assist with organizational health, communications and the dynamics of a healthy team, while Catholic missionary identity looks at best practices for evangelization.

“Those two wings of the Emmaus Team are able to work hand in glove in supporting the pastor and his leadership team,” Herrera said. “The other offices within the institute are going to support the formation that is needed and requested by those Emmaus Teams” at the parish level.

The offices within the institute will also be able to provide some ministries that cannot be done as effectively at the parish level, or that not every parish has the need for. He cited as examples Project Rachel (post-abortion healing), Camp GLOW (a retreat program for persons with disabilities) and the miscarriage ministry in conjunction with the cemeteries office.

The institute is in its early days and is still evaluating large-scale efforts that have been done by the department in the past. When and where appropriate, the institute will continue archdiocesan events when those events serve its goals.

In the restructuring announced by the archdiocese Feb. 10, some staff members of the Department of Evangelization were laid off; others may be transferred to positions on an Emmaus Team or another office within the Institute for Evangelization.

Herrera said the goal is for the Emmaus Teams – particularly as parish activities return to normal as COVID restrictions are lifted – to have a strong presence at the parish and regionally.

“From a logistical perspective, it just makes a lot better sense,” he said.

Herrera brings an extensive background to his new role. He has served as director of the Rev. William J. Young Social Justice Institute and an adjunct instructor of theology at the University of St. Thomas in Houston, where he studied. He also studied at the Pontifical John Paul II Institute for Studies on Marriage and Family at the Catholic University of America.

Most recently, he received a certificate in Catholic Innovation from the University of Notre Dame’s IDEA Center in South Bend, Ind.

He and his wife, Joanna, and their four children live in Parkville, where they are parishioners of St. Ursula. 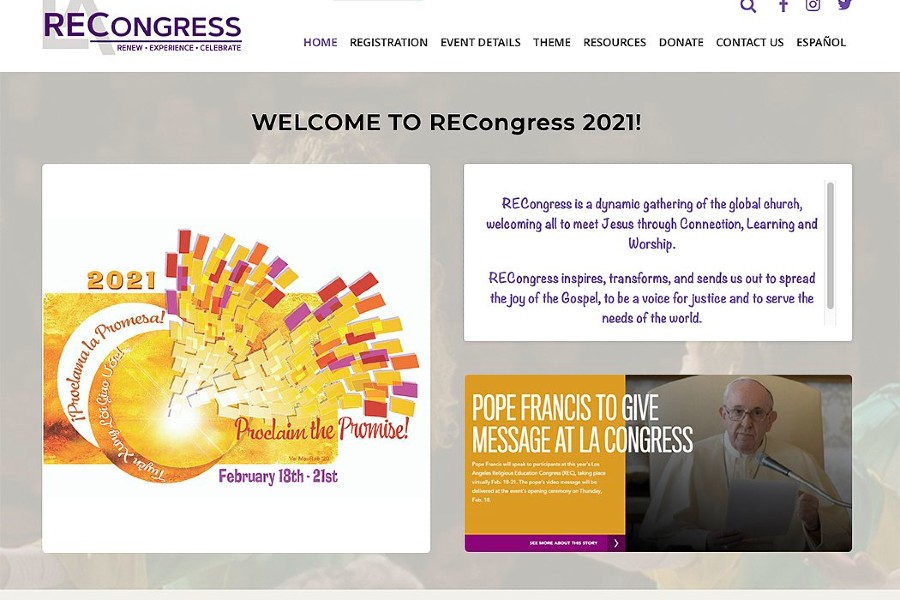 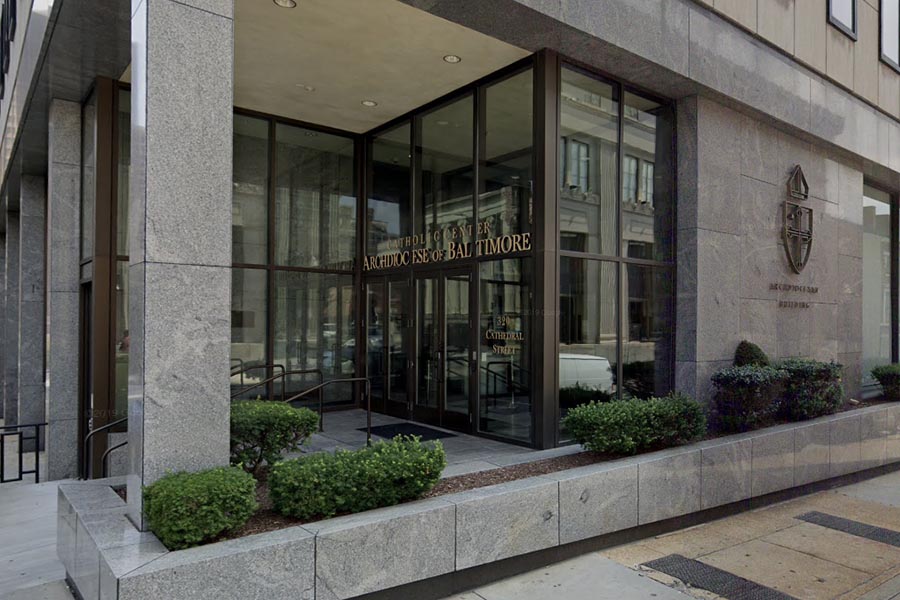 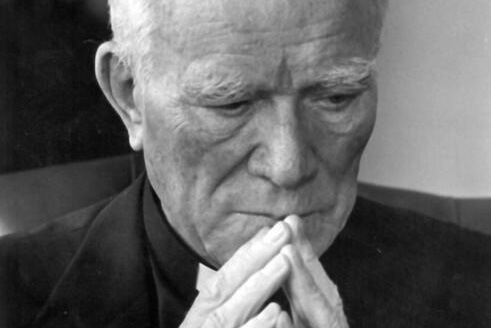 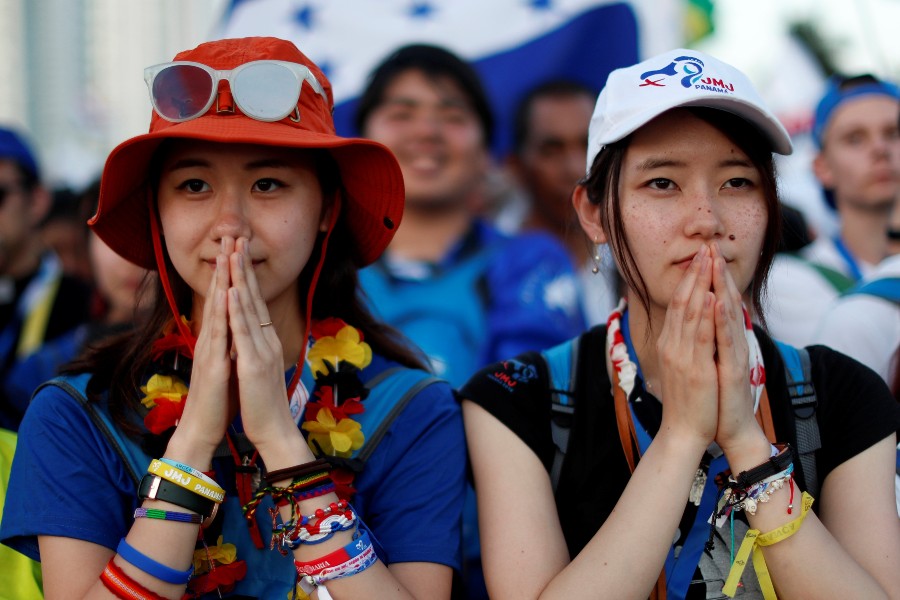 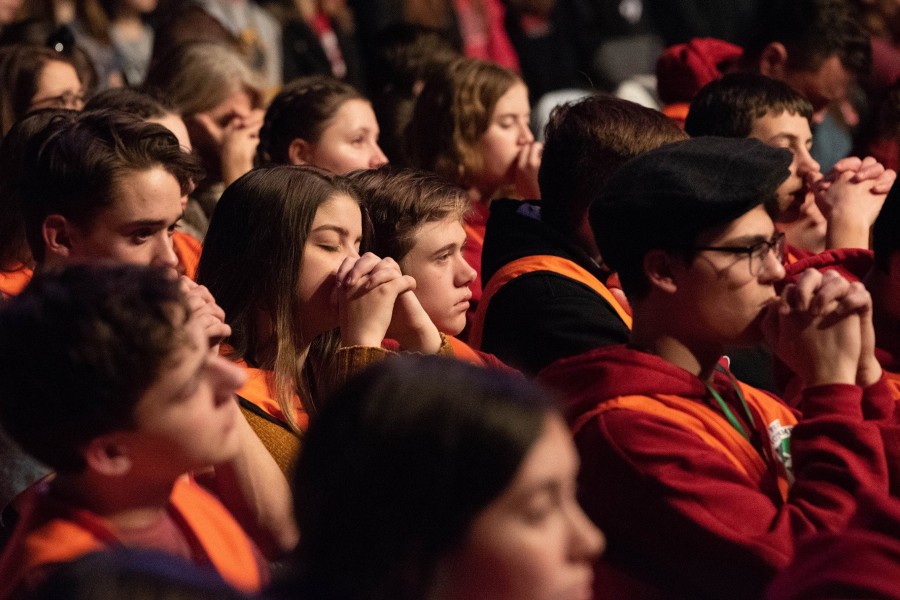 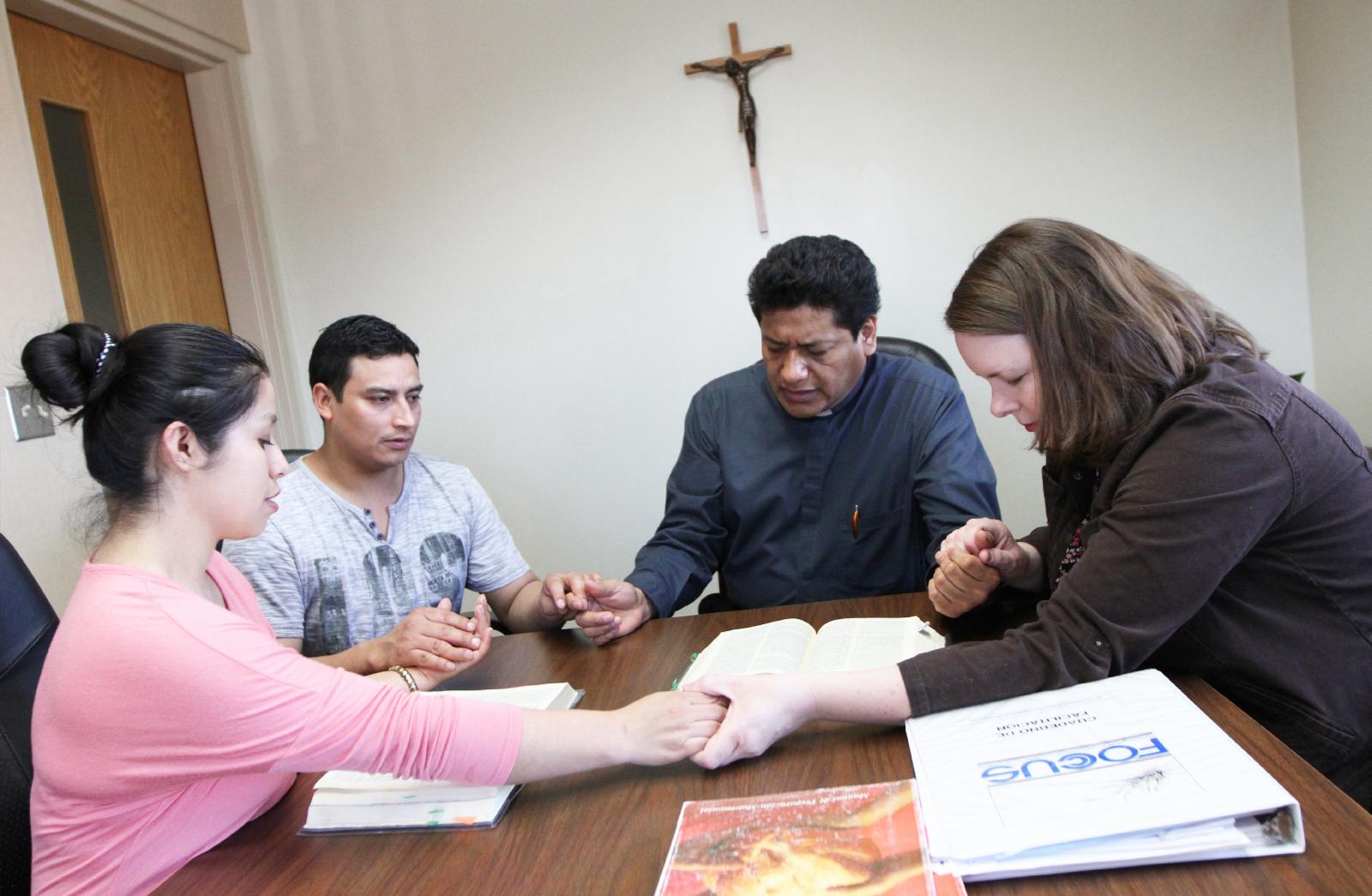