Editor’s note: Five men were to be ordained to the priesthood for the Archdiocese of Baltimore June 20, a rite which was pushed back to Aug. 22 by the coronavirus pandemic. This is the second of five separate profiles of the men, which will appear once a week on CatholicReview.org.

Deacon Brendan Fitzgerald’s eclectic interests include the game of golf, which involves moving a little white ball from tee to cup in as few strokes as possible.

His path to the priesthood, conversely, has been filled with wanderings off course, diversions that nonetheless figure to add to the fullness of his ministry.

Deacon Fitzgerald, who studied Latin for more than six years, is remarkably fluent in Spanish. Between his high school and college degrees, there were 11 years, in which he learned how to deal with customers and the harvest of, of all things, fishermen.

“He’s not one of those guys who thinks he’s got it all figured out,” said Monsignor Michael Heintz, academic dean and director of intellectual formation at Mount St. Mary’s Seminary in Emmitsburg. “He’s intelligent, and smart enough to know that he doesn’t know everything.”

A teacher, mentor and now friend, Monsignor Heintz will vest Deacon Fitzgerald Aug. 22, when he is ordained a priest of the Archdiocese of Baltimore.

His intellect includes a touch of self-deprecation, which Deacon Fitzgerald applied in explaining the extracurricular activity to which he put his mind at Calvert Hall College High School in Towson, one that should serve him well at an ambo.

“As soon as you decide on a high school, you get mailings from different clubs and teams,” said Deacon Fitzgerald, who had gone to St. Stephen School in Bradshaw. “I got a mailing for forensics. I thought, ‘cop stuff, police work.’ After I checked it out, my response was, ‘Why do they use this word to describe arguing with people?’ I fell in love with it. It was the coolest thing I’ve ever done.”

Deacon Fitzgerald helped make the Cardinals a national force in what is less formally known as speech and debate, traveling to Harvard University in Cambridge, Mass.; Atlanta; Phoenix; and as far as Portland, Ore., for competitions.

He followed his father to both Calvert Hall and Loyola University Maryland, but took an unconventional path to a degree in philosophy, as he graduated from the former in 2002 and the latter in 2013.

“The deciding factor was, I wanted to be closer to Baltimore, so I could work,” he said.

A summer job washing dishes at a seafood restaurant, which began as a way to pick up golf greens fees, evolved over the years into management experience at Baltimore County establishments such as Gibby’s and Conrad’s. Deacon Fitzgerald learned the business, from how to filet a pricey Chilean sea bass to filling out a labor schedule and placing wholesale orders.

“It was neat to learn a trade,” he said. “I wanted to be able to hold down a job while I was working on my degree.”

That desire extended his college experience. There was a stretch in which he was both a full-time student and working full-time in the industry. While that brought burnout, it also included the initial inklings that he was being called to the priesthood.

“I thought that was what God wanted me to do,” he said.

Once at the Mount seminary, Deacon Fitzgerald’s willingness to try something different sent him to Guatemala for Spanish immersion in the summer of 2016, and to Colombia in 2017 for the first half of his pastoral year.

“His Spanish is excellent; he works at it,” Father Heintz said. “He sees, quite rightly, that that is one of the most important aspects and needs of the church, certainly in the Baltimore Archdiocese.”

“I took Latin for four years at Calvert Hall, and then for five more semesters (at Loyola),” Deacon Fitzgerald said. “Now I’ve forgotten almost all of it, for the sake of learning Spanish. My brain said, ‘You can only have one of these.’”

While he is content with a “few good friends, talking,” Deacon Fitzgerald will help lead the flock at Sacred Heart in Glyndon, where he will be an associate pastor. He already knows the parish, as he lived in its rectory after the pandemic closed college campuses.

“I suspect he’s going to be a marvelous preacher,” Father Heintz said. “He reads people well and can make complex ideas accessible, which is a valuable tool these days.” 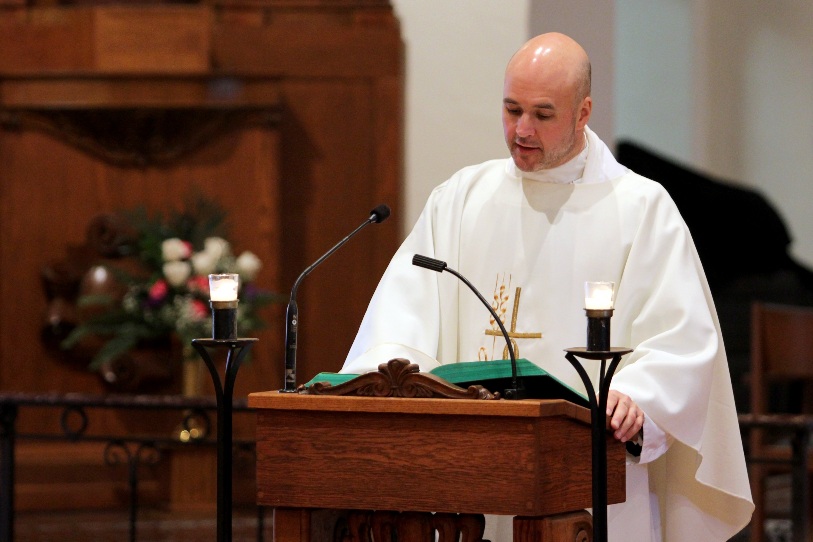 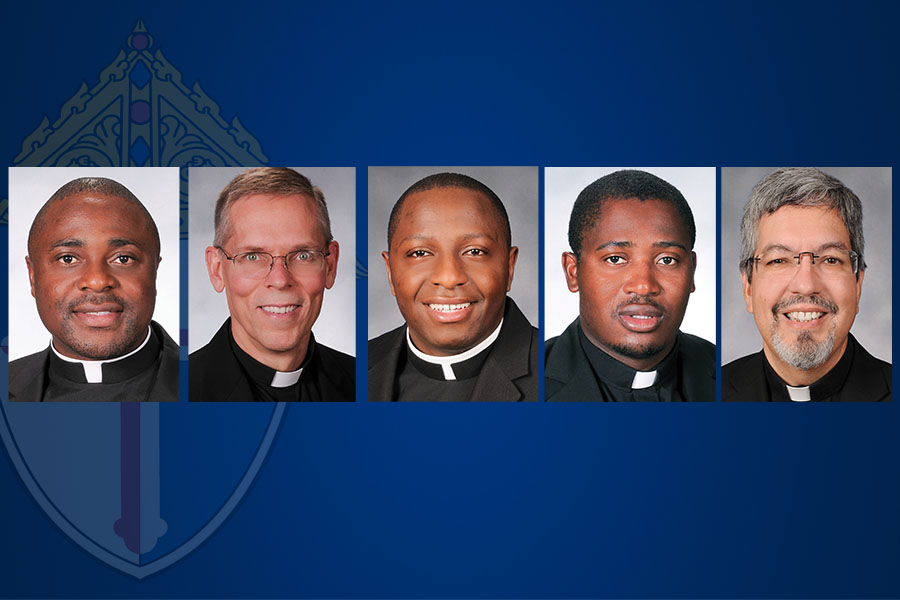 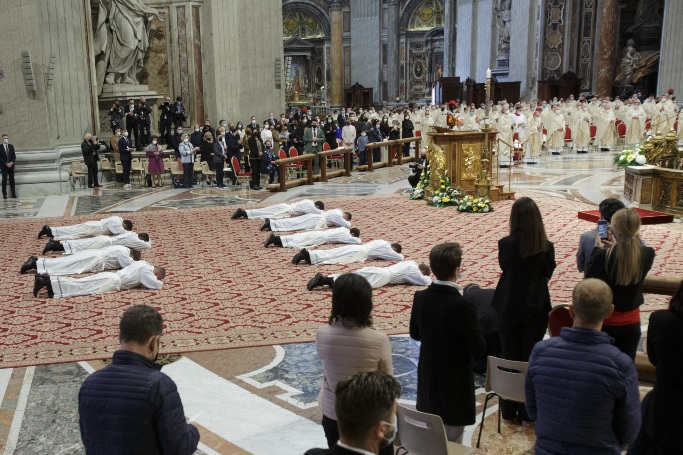 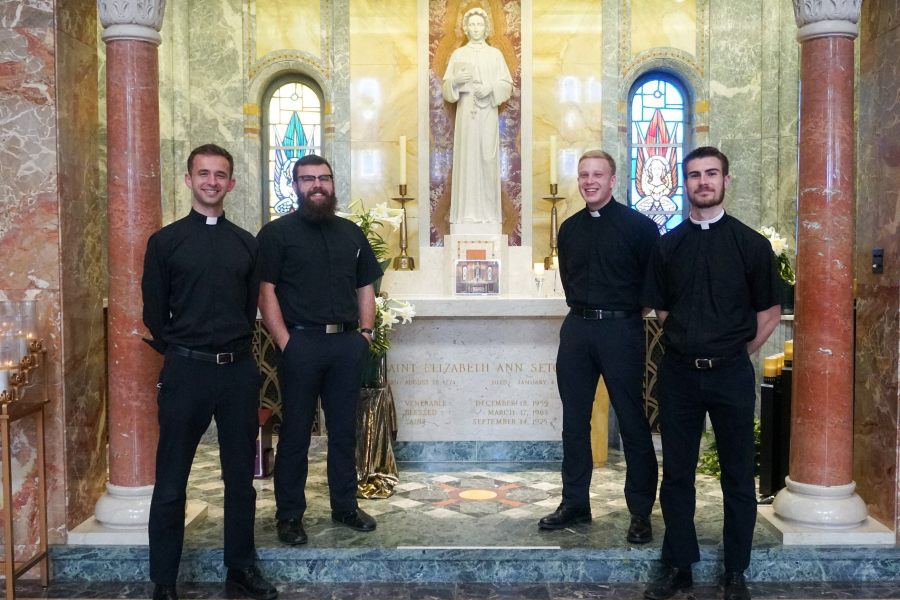 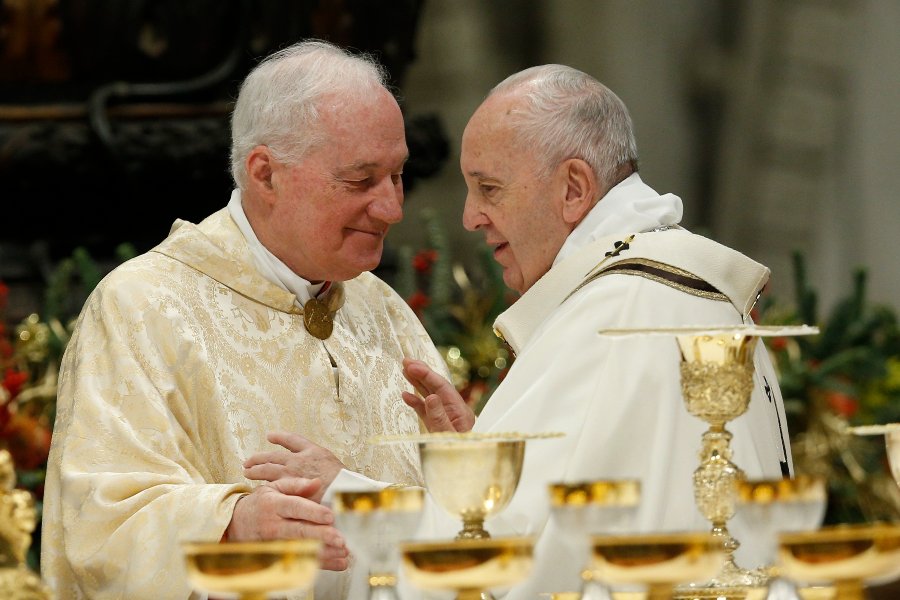