WASHINGTON (CNS) — In a new video, the chairman of the U.S. bishops’ Committee on Doctrine reiterated that use of the Johnson & Johnson COVID-19 vaccine “can be used in good moral conscience.”

“There’s no moral need to turn down a vaccine, including the Johnson & Johnson vaccine, which is morally acceptable to use,” Bishop Kevin C. Rhoades of Fort Wayne-South Bend, Indiana, said in a two-minute video posted on YouTube March 4.

The bishop, a former rector of Mount St. Mary’s Seminary in Emmitsburg, cited an earlier Vatican statement that “has made clear that all the COVID vaccines recognized as clinically safe and effective can be used in good conscience.”

He also repeated comments that he made in a March 2 statement in conjunction with Archbishop Joseph F. Naumann of Kansas City, Kansas, chairman of the USCCB’s Committee on Pro-Life Activities, that if a choice of vaccines is available “we recommend that you pick one with the least connection to abortion-derived cell lines.”

“Pfizer and Moderna’s connection is more remote than that of the Johnson & Johnson vaccine,” he said.

“What’s most important is that people get vaccinated,” Bishop Rhoades continued. “It can be an act of charity that serves the common good. At the same time, as we bishops have already done, it’s really important for us to encourage development of vaccines that do not use abortion-derived cell lines. This is very important for the future.”

The Johnson & Johnson Jansen one-shot COVID-19 is the third vaccine that has received approval from the U.S. Food and Drug Administration.

In their original statement, the prelates concluded, that “while we should continue to insist that pharmaceutical companies stop using abortion-derived cell lines, given the world-wide suffering that this pandemic is causing, we affirm again that being vaccinated can be an act of charity that serves the common good.”

In December, the prelates addressed concerns over what then were the newly approved BioNTech and Moderna vaccines because “an abortion-derived cell line was used for testing them,” but “not used in their production.” They noted then that cell lines used were derived from fetuses aborted in the 1970s.

However, they said March 2, the Johnson & Johnson vaccine raises “additional moral concerns” because it was “developed, tested and is produced with abortion-derived cell lines.”

In their more recent statement, the bishops also quoted the Vatican’s Congregation for the Doctrine of the Faith, which judged that “when ethically irreproachable COVID-19 vaccines are not available … it is morally acceptable to receive COVID-19 vaccines that have used cell lines from aborted fetuses in their research and production process.”

They added that “if one can choose among equally safe and effective COVID-19 vaccines, the vaccine with the least connection to abortion-derived cell lines should be chosen. Therefore, if one has the ability to choose a vaccine, Pfizer or Moderna’s vaccines should be chosen over Johnson & Johnson’s.”

Elsewhere, Bishop Alfred A. Schlert of Allentown, Pennsylvania, cautioned that he believed the Johnson & Johnson COVID-19 vaccine “is morally compromised … and should not be accepted by Catholics if other choices are available.”

He said in a brief statement in March 4 issue of The AD Times, the diocesan newspaper, that other vaccines that have been developed are more morally acceptable.

The diocese cited the position of the USCCB about the vaccine in the report, saying that if a choice of vaccines was available, then the one that is least objectionable should be chosen.

“When it is your turn to receive a vaccine, you can receive the one that is offered to you without moral reservation,” he said in a March 4 statement.

“As Catholics we are called to serve humanity in caring for one another. Consider the fact that, during this pandemic, receiving a vaccine is not just for one’s own health, but for the health and safety of those around you,” Bishop Deeley said.

In addition, four medical organizations March 2 issued a statement on the availability of the various vaccines and conscience protection.

The medical organizations urged that individual conscience be respected when administering any of the vaccines.

The statement noted that the coronavirus pandemic has challenged the U.S. for more than a year and that “the availability of vaccines provides a sliver of hope but also raises many questions.”

“Issues our society must address include prioritizing equitable vaccine distribution and the potential for coercive mandates on vaccine use,” the statement said.

The organizations stressed that the people facing the greatest medical risk and those directly involved in caring for ill people should be at the top of the list for being vaccinated. The groups also urged that vaccines be made available to smaller independent hospitals and clinics serving in underserved and rural communities.

In addition, the statement said, “Governments must respect an individual’s right to accept or decline a vaccine.”

“There is no justifiable moral obligation to accept vaccination. If a vaccine has been developed, tested or produced with technology that an individual deems morally unacceptable, such as the use of abortion-derived fetal cell lines, vaccine refusal is morally acceptable,” the statement said without naming any of the three vaccines approved for use in the United States.

At the same time, the organizations said, people choosing not to be vaccinated must commit “to take necessary precautions to lessen disease transmission.” 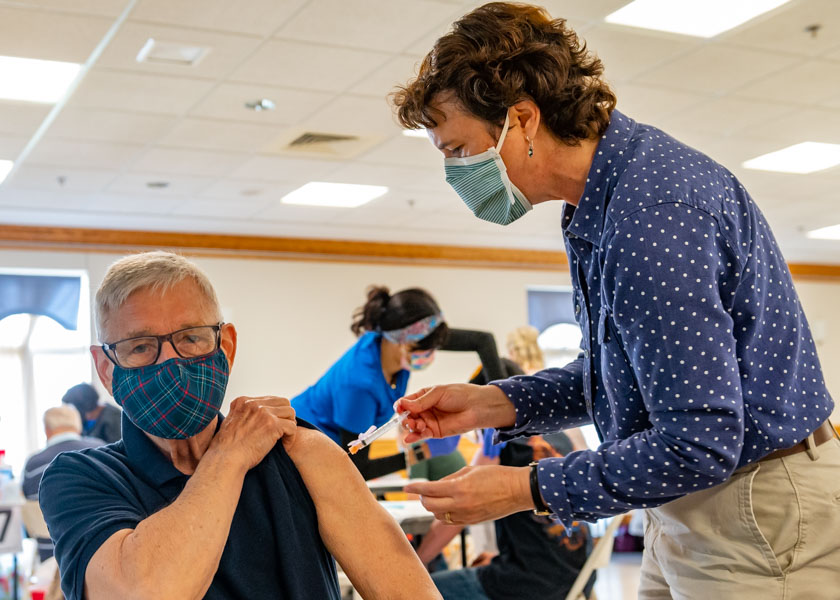 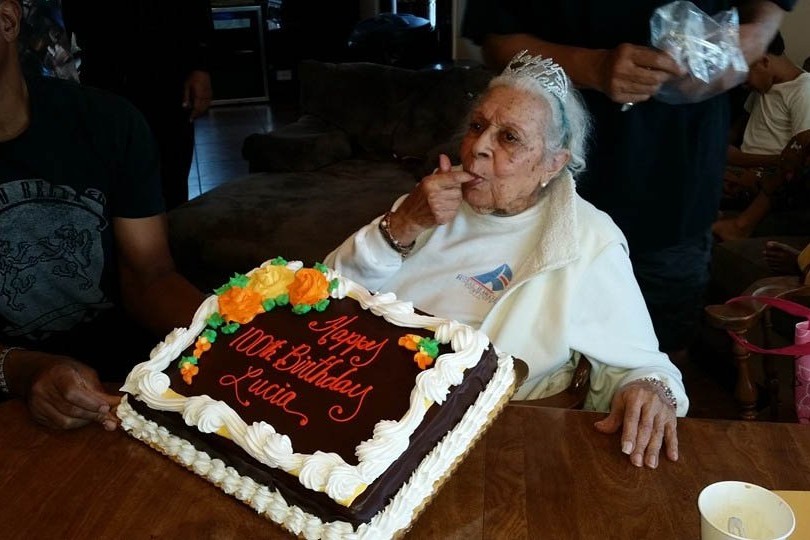 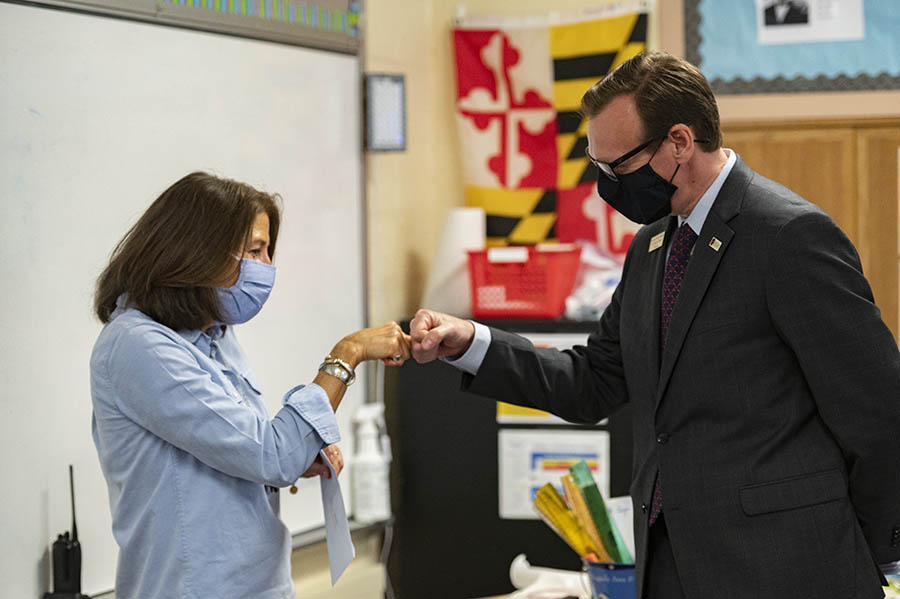 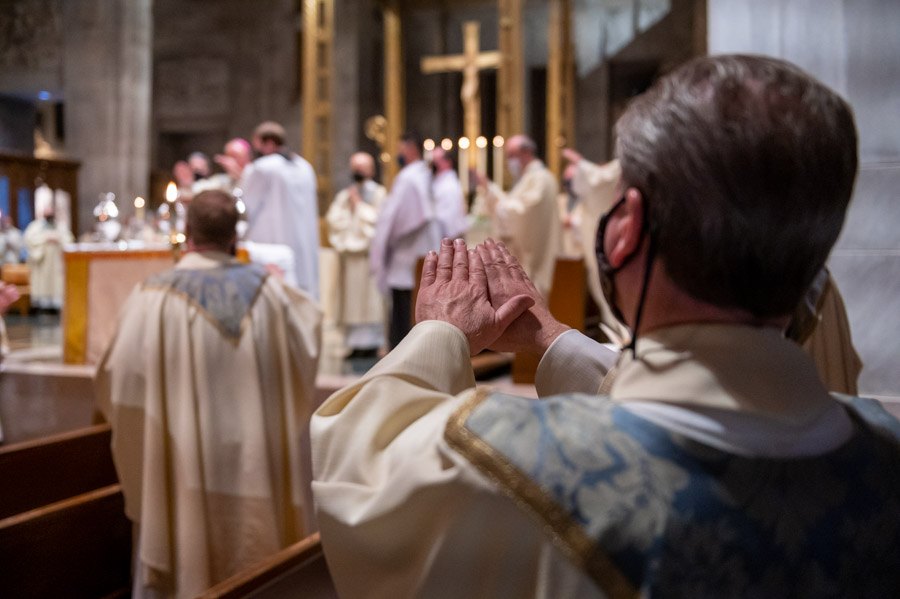 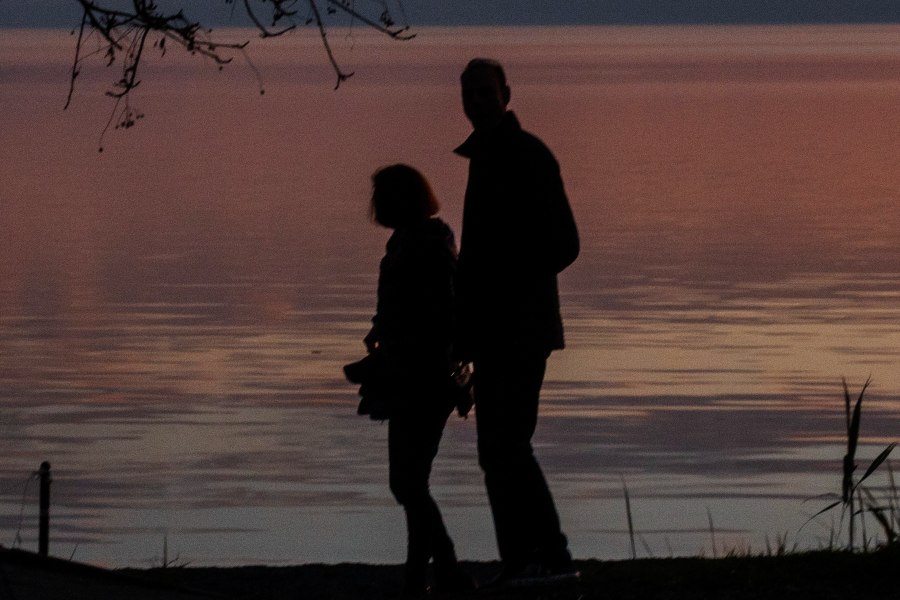