For Corey Bowden, leading the Step Team at Cristo Rey Jesuit High School meant telling half its members there wasn’t room for them in a major competition.

Megan Triplett resolved to “get dressed up” for every schoolday at The Catholic High School of Baltimore – even when she never left her bedroom.

Will Gunderson had a “pretty weird” baseball season at Mount St. Joseph High School, but was able to go where no other Gael senior had ventured in the month of March – its Tower.

The high school class of 2021 had an experience unlike any of its predecessors. The coronavirus pandemic halted in-person learning and all activities in mid-March of their junior year. They returned to campus last fall, albeit with some of their peers remaining full-time remote learners.

The Review visited with some of the archdiocese’s 54 Distinctive Scholars. While activities and traditions were adjusted or abandoned because of COVID-19, they not only thrived, but they grew in empathy.

In the fall of 2019, Triplett was among the Pinkard Scholars at St. Mary’s Seminary and University, the cornerstone of its Youth Theological Studies. “I feel so fortunate that I was able to do that in person,” she said. “This year’s juniors had to skip it.”

Her fellow scholars included Carlene Philander, who moved to Catholic High after the closing of the Institute of Notre Dame.

“I was able to introduce her to some of my (Catholic High) friends online,” said Triplett, who traveled from her home parish of St. Augustine in Elkridge to the other side of Baltimore for Catholic High’s STEM program. Her discipline included “separating my life” in her bedroom, her remote classroom, and practicing movement throughout her home.

“When I dance, it takes away the stress of school. It’s a good distraction,” said Triplett, who is headed to Dickinson College in Carlisle, Pa., in part because of its partnership with the Central Pennsylvania Youth Ballet.

Bowden, the Cristo Rey Jesuit grad, was part of its renowned Step Team, a form of percussive dance. Its second win in an international competition was not without anguish.

“It was done virtually,” Bowden said. “There were 23 people on the team, but we were limited to using 10. I had to be the one to make some of the cuts, and convince them that they were still part of the team.”

His experience in Peer Ministry helped. In years past, participants gathered in person for service projects. “Even if we had to make peanut–butter-and-jelly sandwiches from home, we kept it going,” Bowden said.

“The first year, we tested a lot of recipes, said Bowden of what began in person in Hunt Valley. “The second, we learned about the origins of food. I got the best of both worlds.”

He accepted a full scholarship to the University of Notre Dame, in South Bend, Ind.

The Dumas-Johnson twins, Jamon and Javon were finally separated this spring. Jamon missed graduation at St. Frances Academy to enroll early at the University of Georgia. Javon is headed to West Virginia State.

They came to SFA for its nationally–ranked football program. Since fall 2019 it has played once, as plans for a spring 2021 schedule were scrapped to focus on getting ready for college.

“We used the layoff to get bigger, faster, stronger,” Javon said. “We’ve never been ones to stop. Flag football, 7-on-7, as we got older, adults didn’t have to sign us up, we did it ourselves. We came up with things we could do on our own, even when we couldn’t go outside. Jumping rope, 3-mile runs. We’ve got 30-pound weights at home.”

Tsega Abebe’s virtual life at Maryvale Preparatory School included It’s Academic, and being the Lions’ go-to on math matters. Her aptitude in the hard sciences has her headed to the University of Maryland in College Park to study bioengineering, but her love of literature helped keep her on course through the pandemic.

Abebe dreams of becoming a pediatrician. When the pandemic made moot an internship in that field, she dove even further into her leadership of the Upper School Book Club.

“You felt isolated. What’s next? Are my loved ones safe?” said Abebe, whose parents emigrated to the U.S. from Ethiopia. “You found yourself worrying about your fate. Books provided a diversion, an escape that eased my mind.”

Abebe, who said she prefers “hard copies” to an e-book, nurtured that passion as a volunteer at the Elkridge branch of the Howard County Library. Asked for recommendations, she began with “Song of Achilles” by Madeline Miller, which transports the reader to ancient Greece.

Gunderson is also headed to the University of Maryland, to study mechanical engineering. Baseball was among the reasons he went to Mount St. Joseph.

“In the middle of the season, I missed about a month, because I was exposed to COVID twice, back to back,” said Gunderson, a third baseman. “I spent about a week and a half locked in my room, because I didn’t want the rest of my family to have to quarantine as well. It felt like I was in a prison.”

Gunderson’s timing was good, however, when it came to the Gaels’ revamped senior retreat. It was moved on campus in March, before his exposure, and included an unprecedented trip up the school’s landmark Tower.

“I got lucky with that,” Gunderson said. “I also got to sleep in a tent on the ‘Jesus Grass,’ that patch in the middle of campus. During the school day, we’re not allowed to touch it, so that was cool.”

President of the National Honor Society at the Xaverian school, Gunderson said he was initially skeptical about the “brotherhood thing.” He met friends online to study chemistry, however, and relished finally getting the chance to mentor underclassmen in person. “I truly feel bad for the freshmen,” he said. “They missed out on a lot of great memories. It was a bummer for everybody, but they’ve got time.” 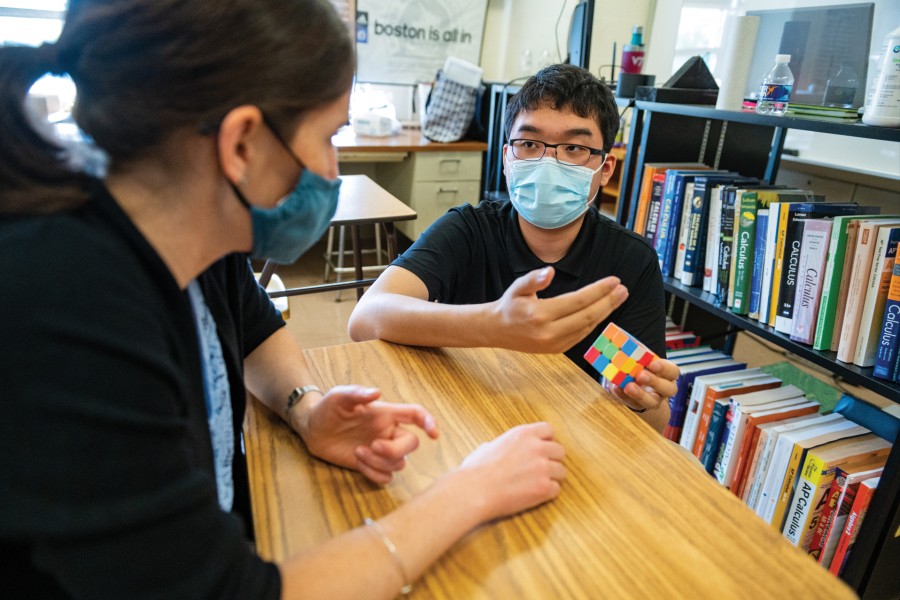 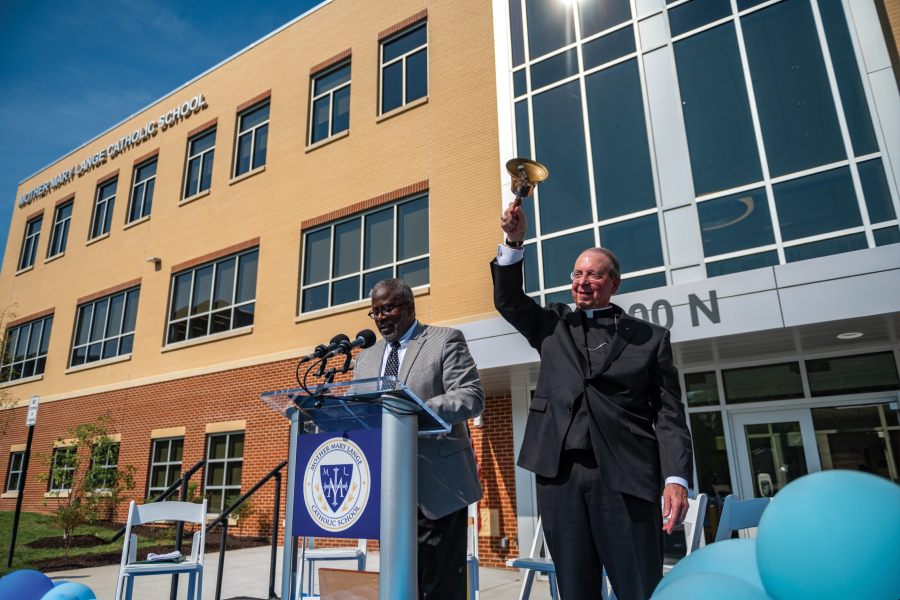