WESTERNPORT – Anticipation filled St. Peter Church June 19 as parishioners and family gathered to witness one of their own become a priest of the Archdiocese of Baltimore.

Archbishop William E. Lori ordained Father Scott Kady during a Mass that was both a family affair and homecoming, in multiple ways.

While priestly ordinations in the archdiocese are typically held at the Cathedral of Mary Our Queen in Homeland, the archbishop traveled to Allegany County for this one. Father Kady grew up in Piedmont, W.Va., on the other side of the Potomac River from Westernport and Luke in Maryland, an area known as the Tri-Towns.

“That we are here at St. Peter gives this day a joy and warmth all its own,” the archbishop said. “As the shepherd tends his flock, the priest will tend his people. You are to emulate the good shepherd which is much more doable when we are of one mind and one heart.”

The liturgy was truly a family affair for the small close-knit community.

“Today was such a blessing,” Father Kady said. “It is hard to describe. One thing that really helped with the stress and anxiety was having this at my own parish, with everyone that I knew. So it felt like one big, happy family, like this parish does already.”

Concelebrants included a large contingent of clergy from the archdiocese, in support of Father Kady. During the laying on of the hands, Archbishop Lori and others called down the Holy Spirit upon Father Kady, who prostrated himself before the altar, and promised obedience to the archbishop and his successors.

Click play below to watch a photo slideshow. Story continues beneath.

His brother priests in attendance included Monsignor James Barker, pastor of St. Ignatius, Hickory, in Forest Hill, where Father Kady spent three years of his discernment, lengthier than normal because of the coronavirus pandemic.

“Because my assignment over the last three years was east, in Harford County, half of my priestly formation was spent there and they have become family, just like my family here,” Father Kady said. “But it was special to have my family with me today. They have been so supportive and they have made it all easier for me. I couldn’t have done it without that support.”

Learn more about Father Kady and his journey
to the priesthood in an extended Catholic Review profile here.

The ordination and reception which followed at the nearby Midland Fire Hall included many family members.

“It was wonderful,” said Bill Kady, his younger brother. “God draws us to (himself); Scott felt that and he answered the call. It was a big step and a mighty undertaking. He didn’t waver and we are all very proud of him today.”

It was not the first time his brother had made such a commitment at St. Peter.

Father Kady, 59, was raised Methodist. He was 21 when he converted at the Easter Vigil, at St. Peter. His career in the oil business took him to Texas and then Saudi Arabia. He lost his father, Bernard, in 1988, and returned home in 2013 to assist his mother, who had terminal cancer.

That proved to be a turning point for Father Kady, who twice before had considered a religious vocation.

“When he left Saudi Arabia he thought about becoming a (Benedictine) monk,” Patti Coleman, his sister, told the Review. “We got to talking and I said, are you sure? If you don’t feel it in your heart, then you need to go further, whether it being a deacon or a priest, because you can help more people.”

Later, she asked him, “Is this what you want?” Her brother responded, “I just have the calling in my heart.”

“He is so humble,” Coleman said. “He has always had that spirit that if somebody needed something, whether it was a word of prayer or giving a helping hand, he would help them. He is a very big giver. He is the best big brother a girl could have. Mom and Dad would be so proud. I know he will make a great priest.”

Father Kady will become an associate pastor of Resurrection and St. Paul, in Ellicott City.

To watch a recorded livestream of the ordination, click here. 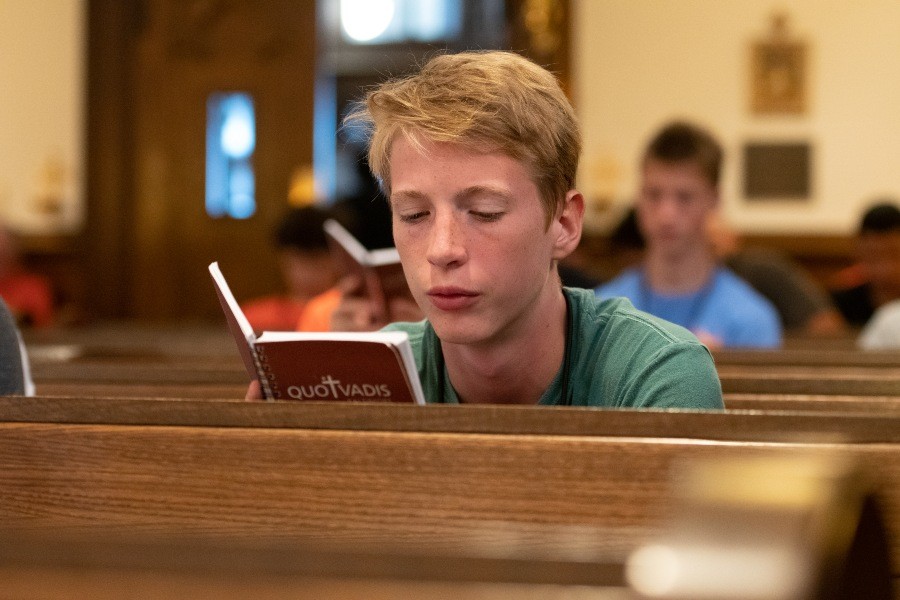 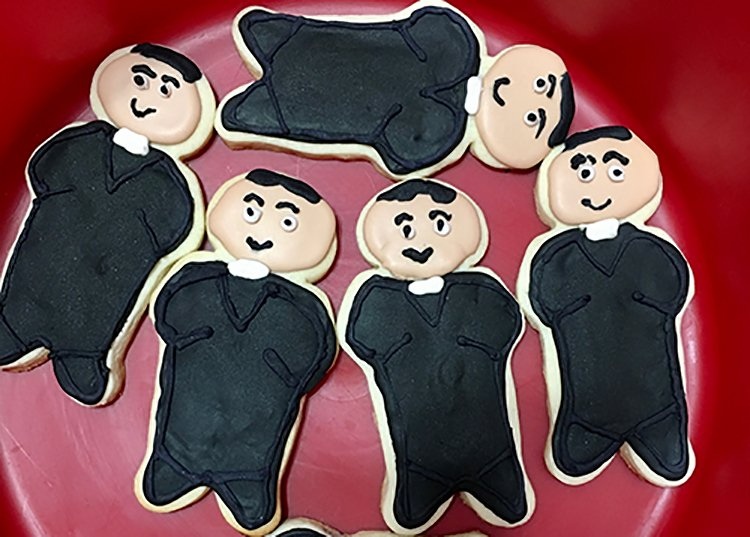 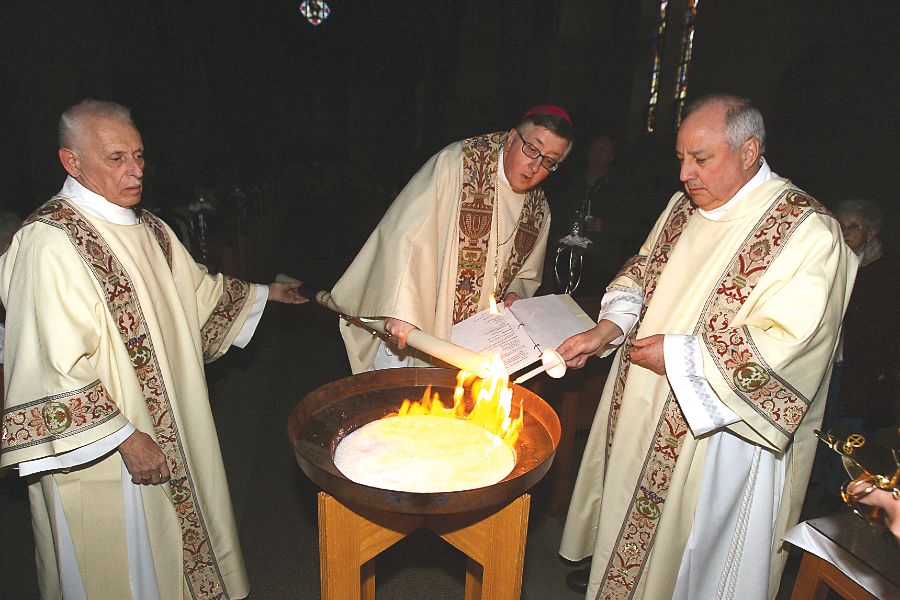 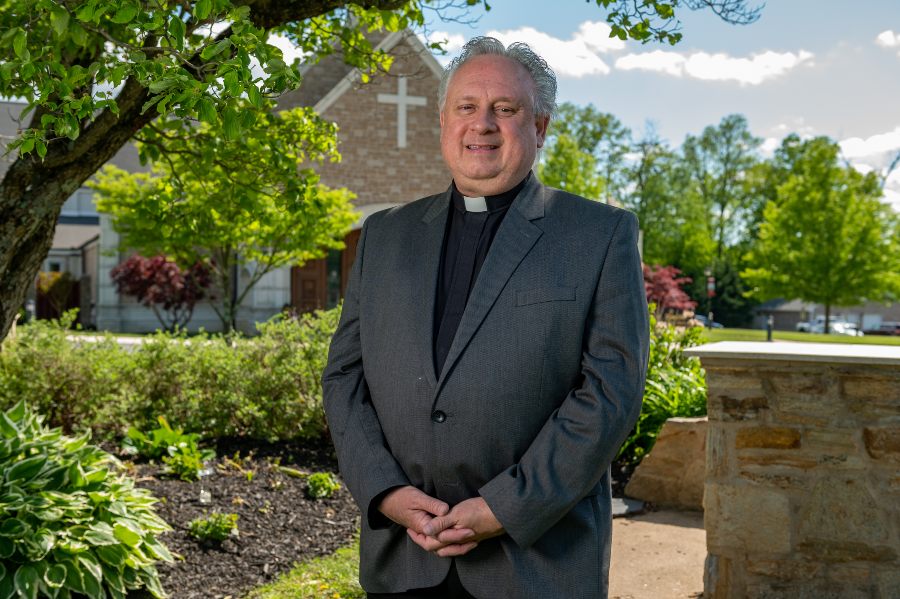 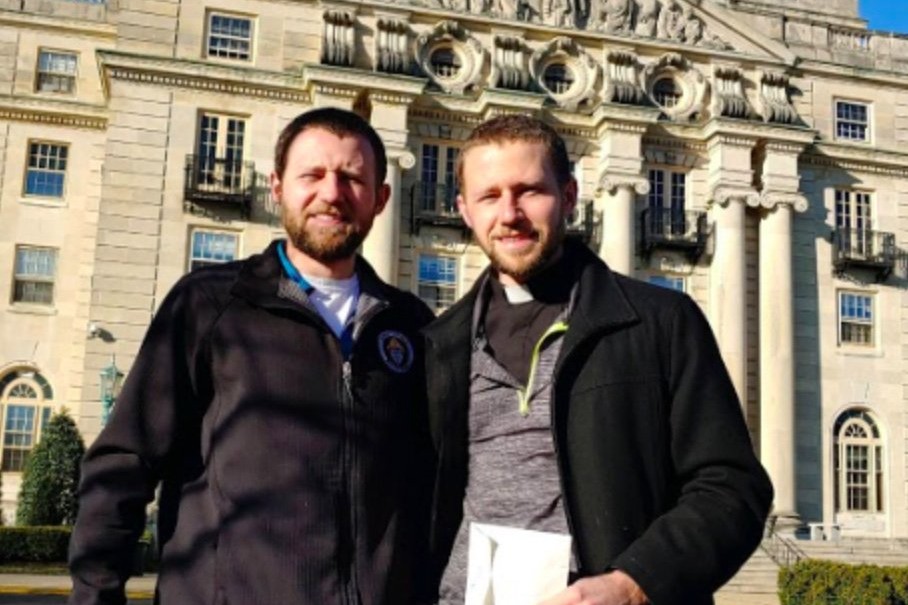 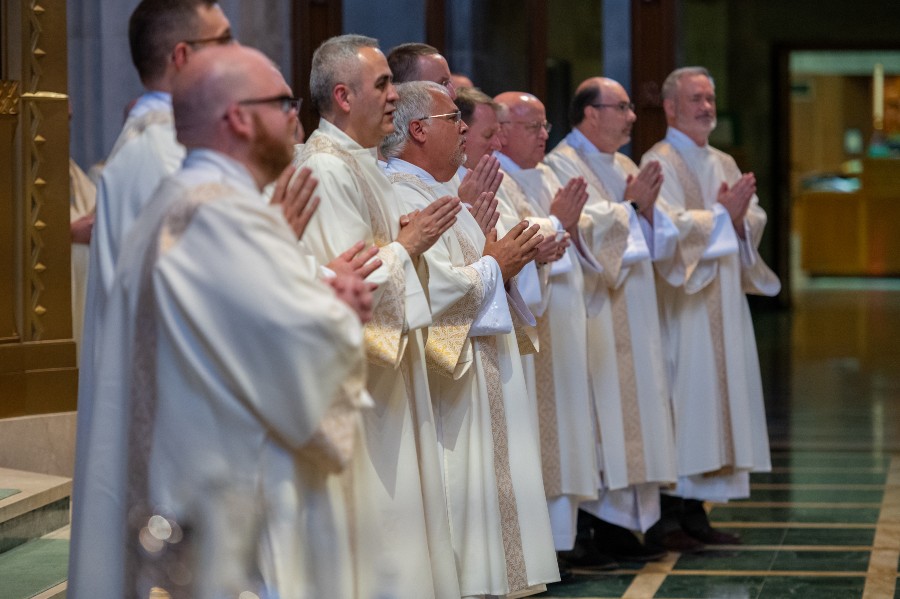 Greg Larry, a staff writer for the Cumberland Times-News, has written professionally for nearly 20 years. In addition to the Catholic Review, he has written for the Hampshire Review in Romney, W.Va.

Born in Cumberland, he attended St. Patrick Elementary School, Braddock Middle School and Allegany High School. He remains a member of St. Patrick in Cumberland. He earned a bachelor’s degree in Economics from Frostburg State University, and enjoys hiking and photography, as well as playing guitar and writing music.