WASHINGTON (CNS) — Before he became guardian and commissary of the Franciscan Monastery of the Holy Land in Washington in 2013, Franciscan Father Lary Dunham made his first trip to the Holy Land, where his order has cared for the most sacred shrines of Christendom for centuries.

The trip brought out the first fervor he felt when he became a priest, he told Catholic News Service Feb. 11. The Franciscans are the custodians of “the patrimony of our church” and it was “deeply moving” to see firsthand “how incredible this work is,” said the 73-year-old friar.

Thinking about the people in the Holy Land as descendants of the first ones to have heard the word of God preached to them on the first Pentecost “gives me goose bumps,” he added.

The work of the friars also “gives these people hope,” he said. The friars have never left them — despite violent clashes and political unrest that have plagued the region for time immemorial — and they continue to pour their lives out for them” with many good works.

As one of the three monotheistic religions that call the Holy Land home, the Franciscans are also bridge-builders in a land of conflict.

The Franciscans trace their presence in the Holy Land to 1217 when St. Francis of Assisi founded the Province of the Holy Land, a custodian priory of the order he founded in 1209 — formally called the Order of Friars Minor.

On Feb. 14, the order celebrated the 600th anniversary of Pope Martin V instituting the Commissaries of the Holy Land, on Feb. 14, 1421.

Vatican News reported Feb. 12 that in a message to mark the anniversary, Pope Francis said, “The mission of the commissaries is still relevant: to support, promote and enhance the mission of the Custody of the Holy Land by making a network of ecclesial, spiritual and charitable relationships that have as their focal point the land where Jesus lived.”

He expressed his support for their “precious service” and extended his blessing.

In a joint letter sent to Father Dunham and the order’s other commissaries, Franciscan Father Francesco Patton, who is custos, or custodian, of the Holy Land, and Franciscan Father Marco Carrara, secretary of the Holy Land, thanked “Divine Providence, which throughout these centuries has made use of your diligent and creative industriousness as commissary friars of the faithful and devoted generosity of benefactors to allow the Custody of the Holy Land to carry on the mission entrusted to us by the church.”

Father Patton celebrated a morning Mass of thanksgiving Feb. 15 in Jerusalem. He also designated Feb. 15 as an annual day of prayer for benefactors.

Since 1899, the Franciscan Monastery in the Brookland neighborhood of Washington has been a popular place to get a glimpse of the Holy Land. It houses replicas of several holy places in the Middle East and helps Catholics and other visitors who can’t journey to the Holy Land make a connection with the holy sites.

Now during the pandemic, the Monastery Church has remained closed — it’s a protective measure because the monastery is the friars’ home. But the gardens remain open during the day — and they have been a welcome respite for many these last months.

The monastery’s friars also lead pilgrimages to the Holy Land for the faithful — though amid the pandemic, now almost a year old, there have been no pilgrimages. The year prior to the pandemic saw 20 pilgrimages.

Not having them is “quite a loss to us,” Father Dunham told CNS. The pilgrimages help support the work of the Franciscans in the Holy Land and at the monastery — but the groups of pilgrims also “really support the people of the Holy Land, he said.

He noted pilgrims are generous with donations to local churches, patronize businesses and take part in side tours, too, which is another source of income for people there.

Beyond the monetary loss is the spiritual loss for people who would like to make a pilgrimage. People come back changed from such a trip, he said.

“There is nothing like a pilgrimage to have a St. Paul conversion (experience), it’s like our going off to Damascus — people never come back the same,” Father Dunham said. “It deepens their faith. They can never hear Scripture the same again. They fall in absolute love with the Lord.”

One of the duties of the commissary is to promote pilgrimages but also promote an understanding of the Holy Land, he said, and Catholics are always encouraged to make a spiritual pilgrimage, by for example saying the Stations of the Cross.

The “great devotion of the Stations of the Cross all came out of the mission of promoting Holy Land,” Father Dunham said.

One way Catholics the world over can help support the work of the Franciscan Custody of the Holy Land is to contribute to the traditional pontifical Good Friday collection for the Holy Land. Taken up at the request of the pope, the funds support projects in the Holy Land, Cyprus, Syria, Lebanon, Egypt, Ethiopia, Eritrea, Turkey, Iran and Iraq.

The collection is administered by the Franciscan Custody and the Congregation for Eastern Churches.

Last year, with Holy Week celebrations closed to the public amid the pandemic, Pope Francis postponed the collection to September. No announcement has been made yet this year if that will happen again. This year, Good Friday is April 2.

The pandemic has been rough on everyone and the people of the Holy Land and their livelihoods are no exception.

But as Father Dunham said, this is only the latest “scourge” to hit the region.

In Jesus time, there were Roman occupiers, he said, and Jesus “had to live in occupied territory and all that goes with a country being occupied.”

But “the grace of God is still present and has never left that place … despite all the difficulties,” he said, and that is nothing short of “miraculous.”

Editors’ Note: More information about the Franciscan Monastery of the Holy Land can be found at https://myfranciscan.org. 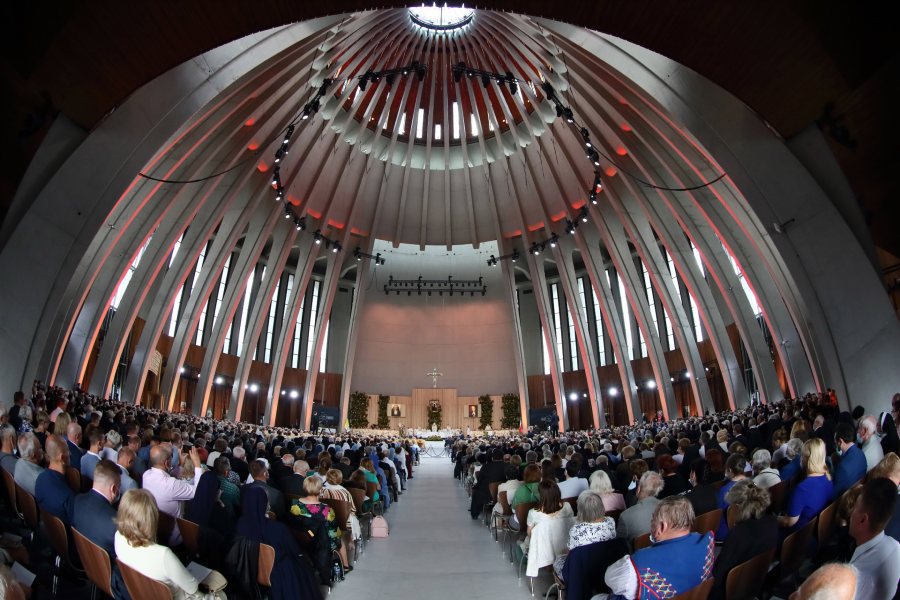 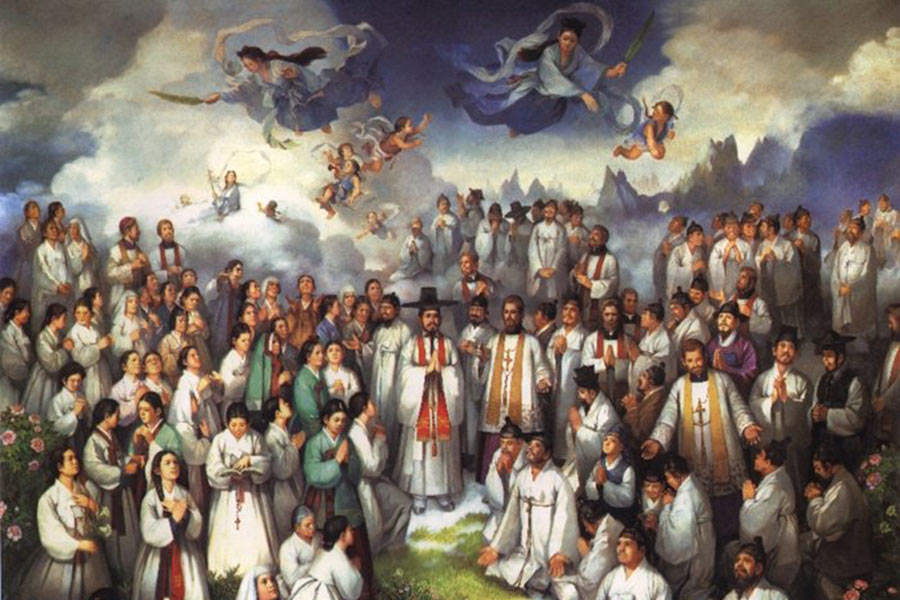 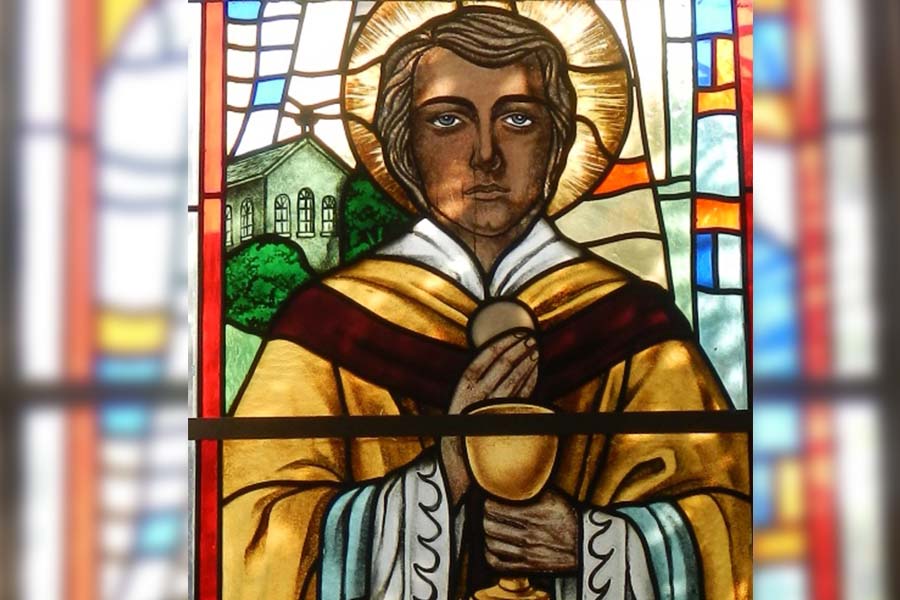 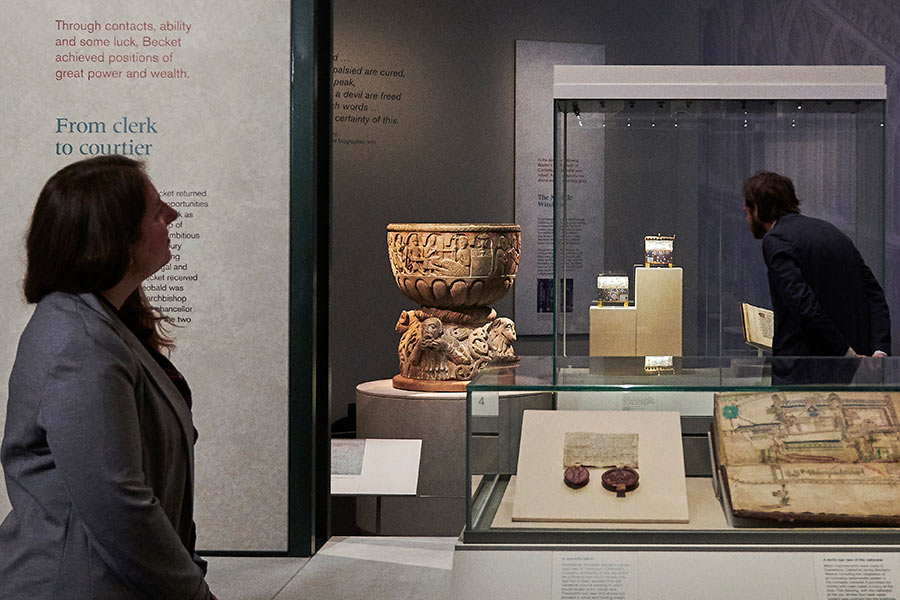 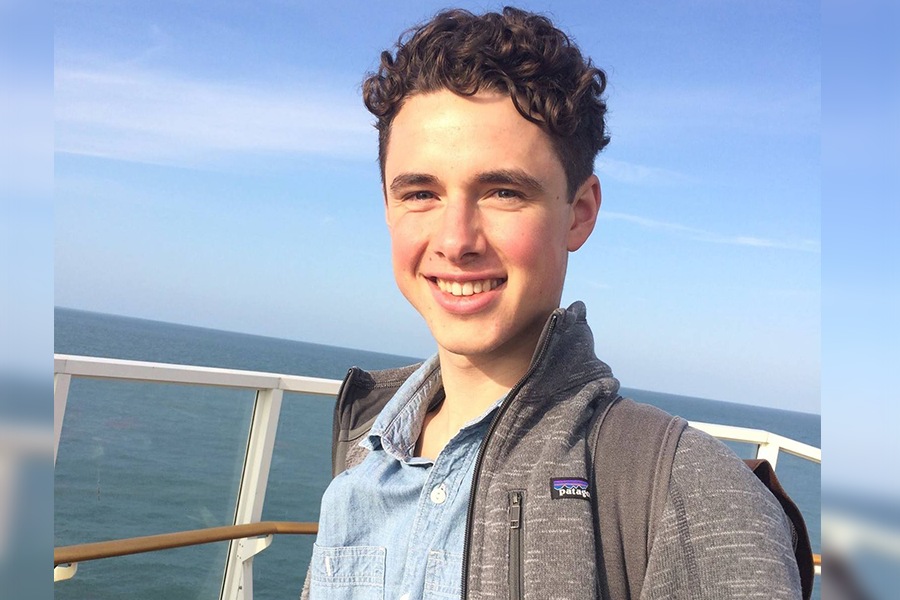 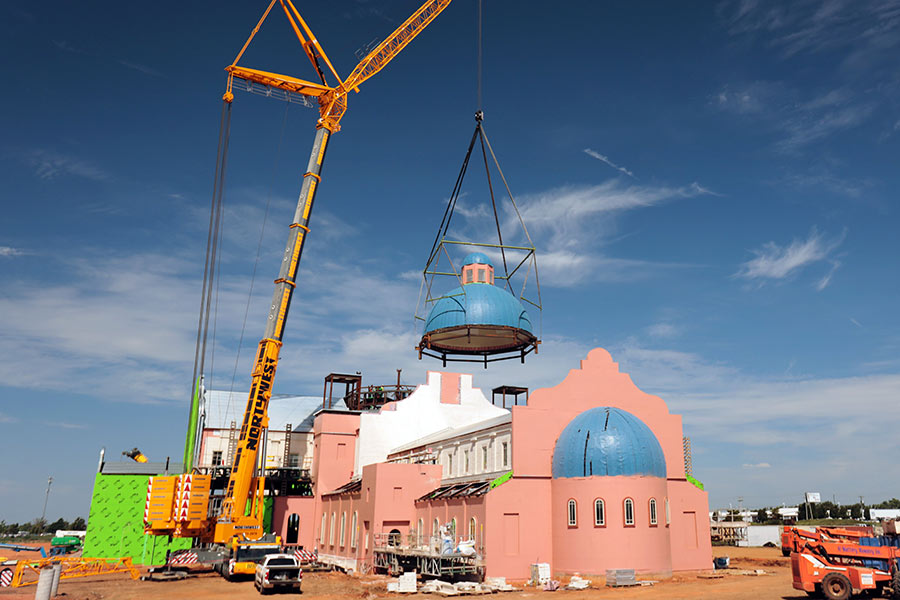