WASHINGTON (CNS) — The annual gathering of Catholic educators from around the country April 6-8 was in many ways a tribute to how they have done their jobs this past year amid COVID-19.

It also was a road map of sorts to the hurdles they have faced and will continue to as the nation moves out of the grips of the pandemic.

“Our teachers and principals are so resilient. I knew they were great, but not how great until this year,” said Kathy Mears, interim president and CEO of the National Catholic Educational Association in the closing address of the group’s convention.

Mears, stepped into her role last April, and will return to her position as NCEA’s chief program officer July 1 when Lincoln Snyder, current superintendent and executive director of schools for the Diocese of Sacramento, takes the helm at NCEA.

When asked in the closing session how she personally felt at the end of this year, Mears said: “Tired. But that is all of us.”

She noted that Catholic schools have continued to open for in-person schooling, and that 90% of schools are now doing this. She also said in calls with church leaders during the year that the U.S. bishops “are in awe of you and honestly worried about you that you’re working so hard you’ll be burned out.”

Mears didn’t address enrollment declines or Catholic school closings in her final words to teachers and principals but she did say that “enrollment isn’t the only measure of success” stressing that a better measure is: “How many of your students know Jesus?”

She also thanked the educators for being so courageous this past year and added: “Who knows what future brings but I know you will meet it.”

In the convention’s opening session, Snyder, noted that Catholic educators had to “pivot on a dime to find new ways” to do their jobs this past school year and the previous one. “Your work has been noticed,” he added.

This overall appreciation seemed clear during the three-day virtual gathering when bishops and celebrities, along with NCEA workshop presenters and keynote speakers all congratulated the NCEA participants for their work amid unprecedented circumstances.

Los Angeles Archbishop José H. Gomez, president of the U.S. Conference of Catholic Bishops, thanked Catholic school teachers and leaders for their response to the pandemic challenges which he said was a “testimony to your faith.”

Similarly, retired Bishop Gerald F. Kicanas of Tucson, Arizona, chairman of NCEA’s board of directors, thanked the group for how they “stepped up in the midst of the pandemic” and said their enthusiasm and creativity enabled many schools to keep going.

Comedian Conan O’Brien thanked Catholic school teachers for their “hard work and ingenuity” and writer Jeannie Gaffigan also applauded them for their “noble and heroic feat” of forming young Catholic minds amid the challenges of this past year.

A number of workshops focused on the pandemic: lessons learned in virtual teaching, how to do virtual retreats, helping students handle pandemic bullying and preparing for students not returning in the fall were just a few. Others highlighted the current moment of racial reckoning in the country and how Catholic schools should be responding.

This was intentional, Mears said, noting that on May 25, 2020, the day George Floyd died while in police custody,  NCEA leaders were meeting by Zoom, as they did almost daily during the year, and they made a commitment that day to not be quiet on the issue of racial justice.

She said the organization also wanted to make sure the speakers at its events were from diverse backgrounds, regions and ethnicities, noting: “We all have different stories to tell.”

During the meeting, speakers not only talked about racism but about efforts to promote an anti-racist environment in their schools.

“The challenges are already there; talking about them doesn’t make them appear,” said a presenter in an April 7 workshop on schools’ anti-racism efforts. Other workshops highlighted culturally responsive classrooms or diversity and inclusion.

An April 6 presentation by Shannen Dee Williams, an assistant professor of history at Villanova University, set the tone for talks that followed with its upfront challenge to Catholic educators. Williams urged teachers to share Black Catholic history that not only highlights Black Catholics but also tells difficult truths about the Catholic Church’s involvement in slavery and segregation.

Williams, who specializes in African American, women’s, religious and civil rights history, spoke frankly about the church’s involvement in the slave trade from religious orders owning slaves to building churches in New Orleans with slave labor.

“Every Catholic should know how the church is deeply implicated,” she said, after debunking myths the church was “at the forefront of desegregation.”

Williams, who writes a column for Catholic News Service, also urged Catholic educators to see their roles as vanguards in helping the church make reparations for its wrongdoings. She encouraged them to tell the stories of Black Catholics who endured in their Catholic faith despite discrimination they suffered and gave the church a great gift by their presence.

A keynote speech the next day by Gloria Purvis highlighted how racism in the church isn’t just a long-ago experience but something more recent. She also said it needs to be eradicated by looking at it through the lens of faith that recognizes the God-given dignity of each person.

Purvis was the longtime host of the EWTN radio show “Morning Glory” before the show was canceled following frequent on-air discussions of race after Floyd’s death.

She recounted how she experienced racism in her Catholic high school from a student’s repeated comments to her, the blatant lack of support from a school guidance counselor and a history teacher who said slaves were “treated honorably” by the Confederacy.

She urged Catholic school teachers today to help students recognize that “racism rends the bond of the human family,” which is contrary to word of God. That’s the starting point, she said.

Both presentations had plenty of conversation going in the chat section and many teachers thanked them for what they shared.

The other big topic at the convention of course focused on teaching during the pandemic, from virtual to hybrid to in-person classes with numerous safety protocols in place.

One April 6 workshop highlighted what schools might keep from their virtual learning experiences and what they might not.

“We’ve had a year,” said presenter Michelle Lia, co-director of the Greeley Center for Catholic Education at Loyola University Chicago, reminding educators they likely had some “some amazing Hail Mary saves” and many opportunities to think on their feet.

When she invited the online participants to respond in the chat section with a few words to describe what they learned in the past year, responses included “flexibility” (several times), “patience,” “grace,” “humor” and “adaptability.”

One educator said they had been stretched this year, another said they were tired.

Lia said she has heard a fair amount of criticism from students and parents about busywork homework during the pandemic and said that going forward, “Google-able” homework, where students can find the answers online, should be eliminated.

But she also noted: “Technology is here to stay and it can be our friend,” noting students might be able to attend school virtually if they have a long illness and that parent-teacher conferences, which seemed to work better on Zoom, also might continue.

From lessons learned this past year, not just in technology and safety protocols but in hard work and resilience, Mears said in her closing keynote that “Catholic schools are here to stay and they are going to look different.”

She also pointed out that “schools are going to look different everywhere and Catholic educators will pay a role.” 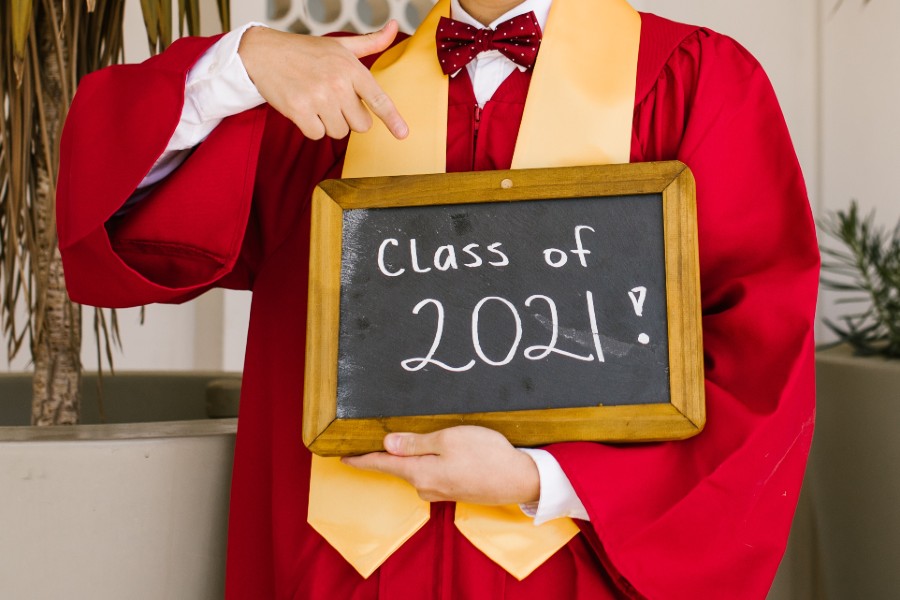 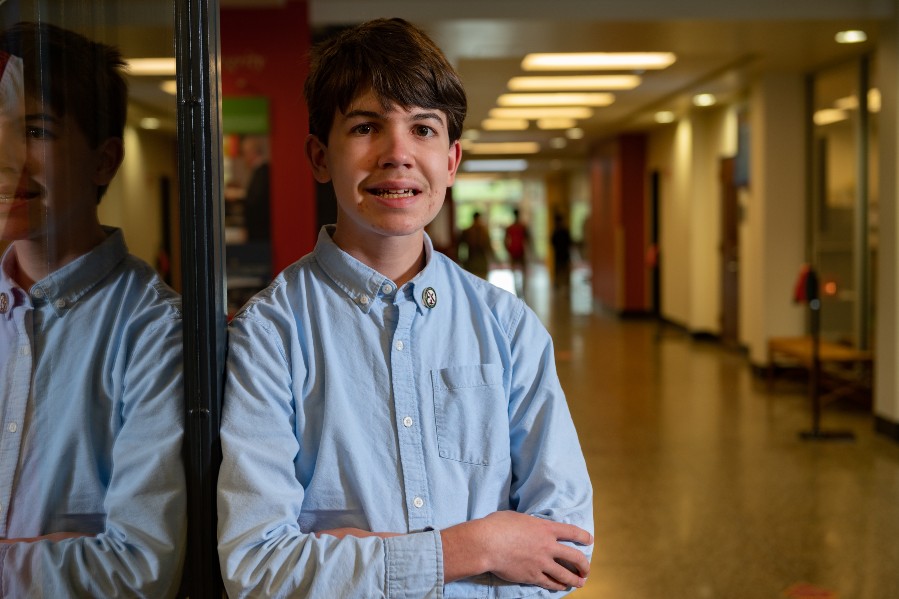 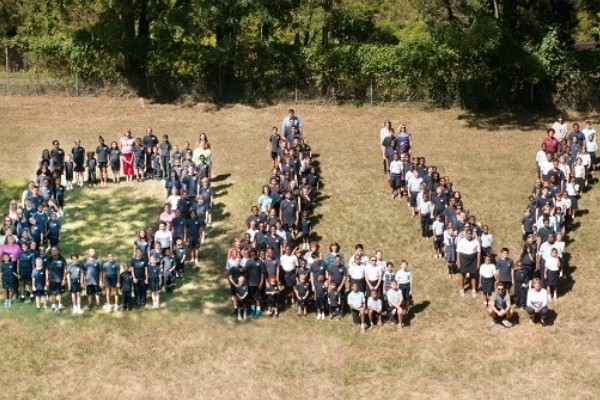 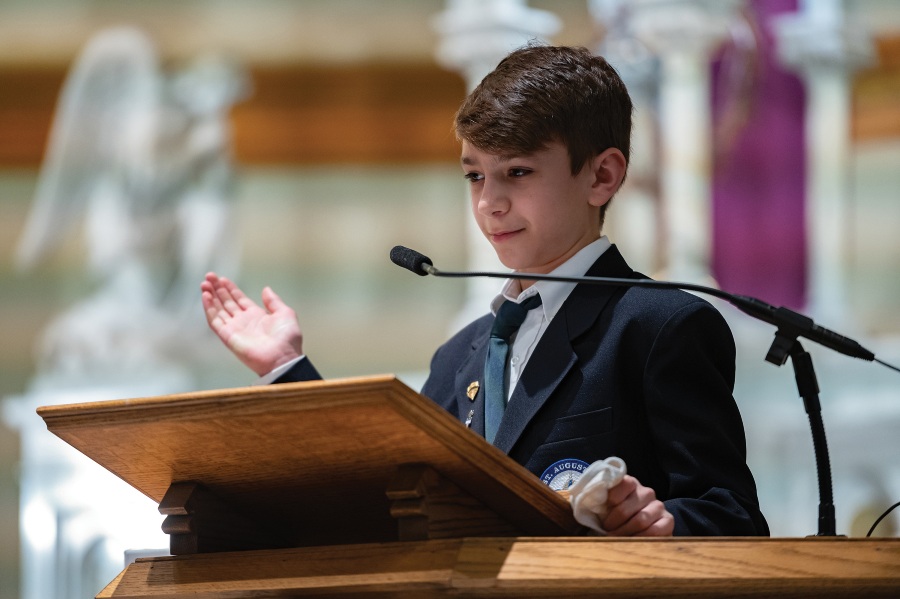 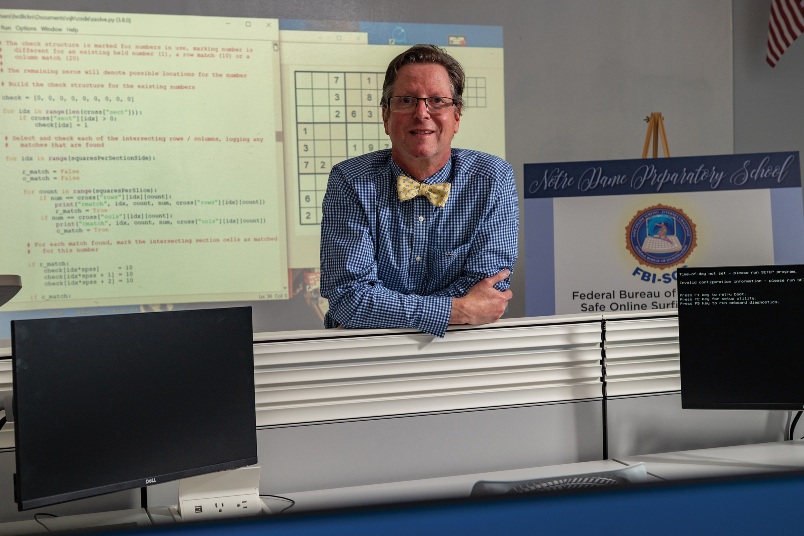