WASHINGTON (CNS) — It’s hard to tell what exactly happened in a skirmish between U.S. Border Patrol agents and a group carrying a giant Venezuelan flag near the U.S.-Mexico border Oct. 31.

One video shows agents aiming at a group of purported migrants carrying the blue, yellow and red flag, headed toward the United States. Another flag, difficult to distinguish, was left planted near a hill.

Federal agents later said in a statement that the video captured the moment after an officer was injured by one of the migrants with the flagpole. Another agent was hit by a rock, they said. The video only shows a group of agents moving toward the group with two officers pointing some type of a weapon at the crowd.

“Expelling asylum-seekers and enforcing it with rubber bullets is an untenable and inhumane policy,” tweeted Dylan Corbett, of the Hope Border Institute, a nonprofit that works closely with the Diocese of El Paso, Texas, on immigration matters.

“When this happened under the Trump administration, the global media and U.S. lawmakers reacted with horror. “Hoy?” Corbett asked on Twitter, using the Spanish word for “and now?”

Corbett, like others from Catholic organizations who work with migrants, are outraged at the Biden administration for announcing in early October that it would use a health policy it once said it repudiated and now has turned to it to expel Venezuelans seeking asylum at the border.

Like Cubans and Haitians heading to the U.S. trying to escape spiraling economic and political woes at home, Venezuelans, too, have been arriving at the southern border in increasing numbers.

In October, the U.S. Department of Homeland Security announced a “parole” program that would welcome up to 24,000 Venezuelans if they applied for entry to the United States but would undergo thorough vetting and had a sponsor who would be economically and otherwise responsible for them in the U.S., among other criteria.

The trade-off is that, using Title 42, it would turn back those trying to seek asylum at the U.S.-Mexico border.

DHS said it was the same method that had allowed Ukrainians to come into the U.S. in an orderly manner when they began arriving in April 2022 at the U.S.-Mexico border following the early days of the 2022 Russian attack on their homeland. They, too, were told to find different pathways to enter that didn’t involve the southern border.

“This effort is intended to enhance border security by reducing the number of Venezuelans seeking to irregularly enter the United States. It is derived from the success of the Uniting for Ukraine (U4U) program, which decreased flows at the border by creating an orderly process for the entry of Ukrainians fleeing Russia’s invasion of Ukraine,” DHS said in the Oct. 12 statement.

But the way the Biden administration went about it with the Venezuelans is that it expanded Title 42 of the Public Health Safety Act to include them. The rule, first enforced during the Trump administration in March 2020, says anyone trying to enter the border illegally would be turned away, citing health concerns brought about by the coronavirus pandemic.

Corbett worries that it will, from now on, be used to keep out certain groups of asylum-seekers based on their nationality.

“They’re creating a combustible situation at the border,” said Corbett of the Biden administration, one that played out during the Oct. 31 skirmish, he continued.

Border authorities later said in a statement that agents had used the “authorized less-lethal force pepperball launching system” at a group protesting near the Rio Grande River International Boundary close to El Paso, but only reacting to attacks initiated by the group.

But the way others see it is that officials were continuing with what they see as inhumane policies toward migrants instituted by the Trump administration and now extended by Biden.

“Once again, we witness the troublesome and frustrating humanitarian crisis in the U.S.-Mexico border unleash conflict and unnecessary violence,” said Fernando García, executive director of the Border Network for Human Rights in a Nov. 1 statement, adding that the organization “condemns the violence and use of force against immigrants and asylum-seekers, but also violence in general, regardless of who generated it.”

On Oct. 29, before the conflict at the border, El Paso Bishop Mark J. Seitz, who is set to become the U.S. Conference of Catholic Bishops’ chairman of the Committee on Migration in mid-November, visited Venezuelans who had been kept out by the Title 42 rule and were living in a tent camp facing El Paso.

On the banks of the Rio Grande on the Mexico side, they stretched out their hands as Bishop Seitz handed out rosaries, spoke with them, and condemned Title 42 and how it’s been applied to them, said Corbett, who accompanied the prelate on the trip just across a point of entry straddling the two countries.

He’s the latest Catholic presence tending to Venezuelans, along with Border Hope, and Mexican branches of the Jesuit Migrant Service and Jesuit Refugee Service, helping those stranded on the Mexico side — all sent there because of Title 42.

Bishop Seitz, along with Catholic women religious and other Catholic organizations, has long called for an end to the rule, which the Biden administration once said it would get rid of but now has expanded.

The administration is using it to manage immigration at the border, “kicking the can down the road for political expediency,” Corbett told Catholic News Service Nov. 3.

The administration, however, says it is trying to discourage unlawful and dangerous paths of entry while establishing channels, such as the parole program, as viable and safer ways to enter the U.S.

“These actions make clear that there is a lawful and orderly way for Venezuelans to enter the United States, and lawful entry is the only way, ” said DHS Secretary Alejandro N. Mayorkas in an Oct. 12 statement. “Those who attempt to cross the southern border of the United States illegally will be returned to Mexico and will be ineligible for this process in the future.

“Those who follow the lawful process will have the opportunity to travel safely to the United States and become eligible to work here.”

Following the incident, Venezuelans in the tent camp were trying to distance themselves from the Oct. 31 incident, saying the man with the flag was a Mexican activist, said www.bordereport.com, a site that writes about goings-on at the border.

What worried those like Corbett is that damage has accumulated on people who have already undergone trauma trying to get to safety. He said he also worried about what the expansion means for the future.

“You can’t target a nationality like this,” he said. “My fear is that we haven’t woken up to reality. They will try to apply (Title 42) to other nationalities.” 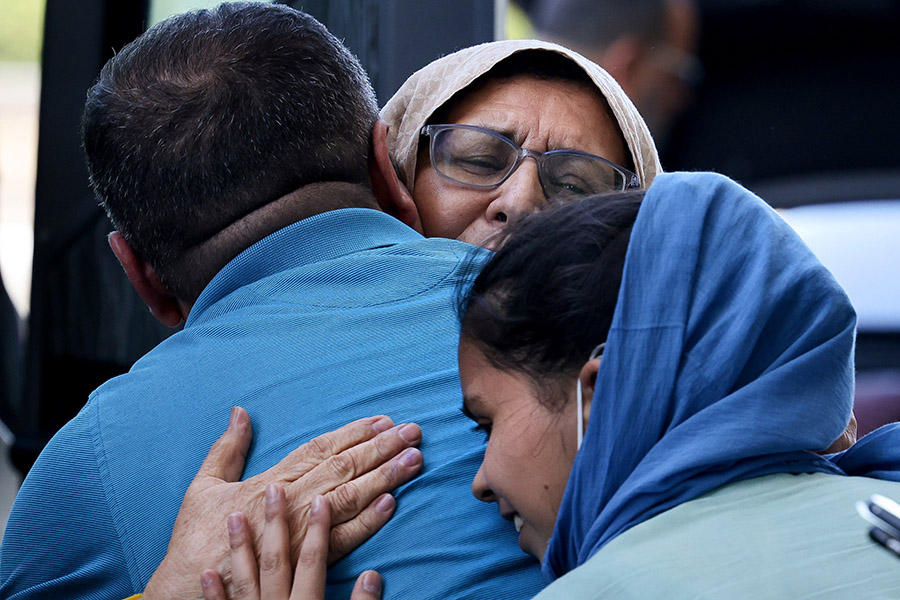 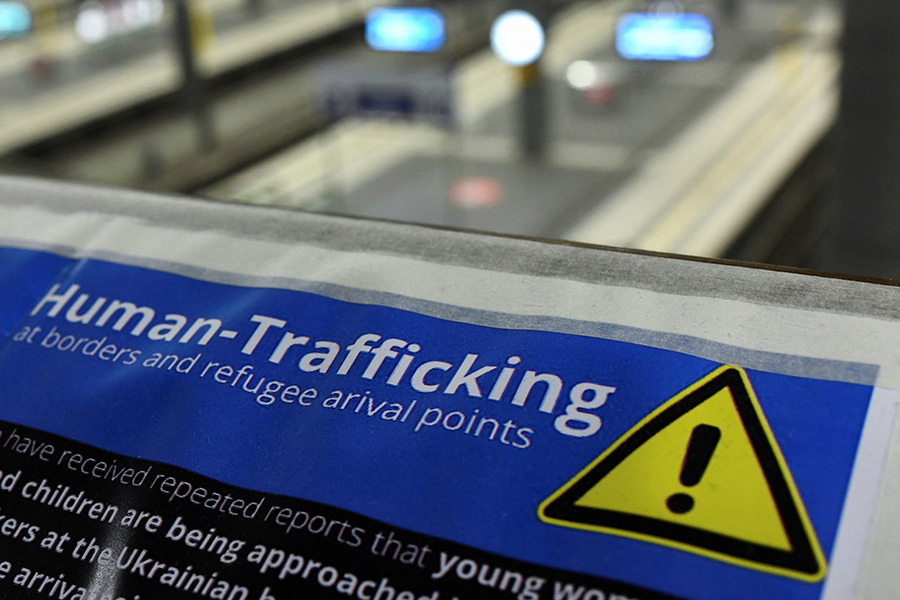 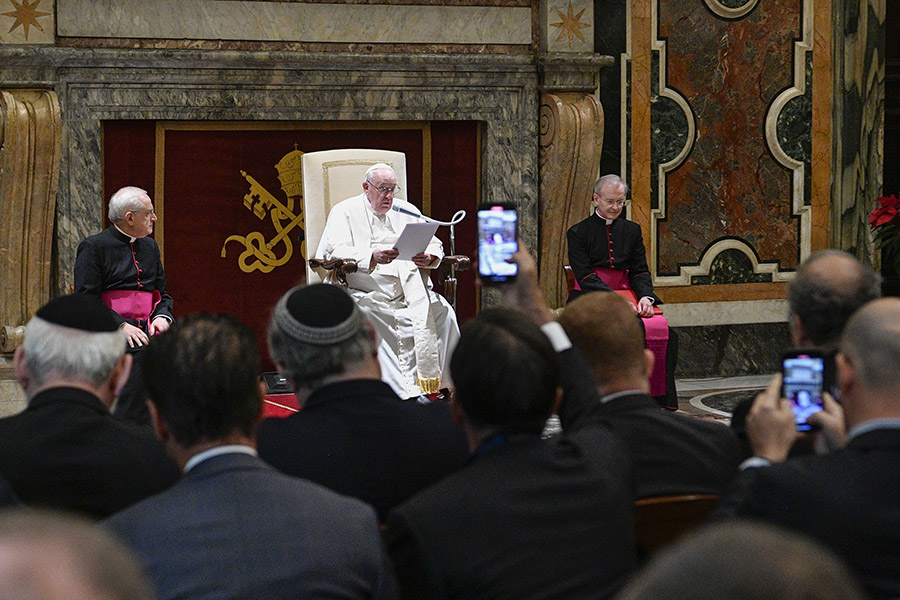 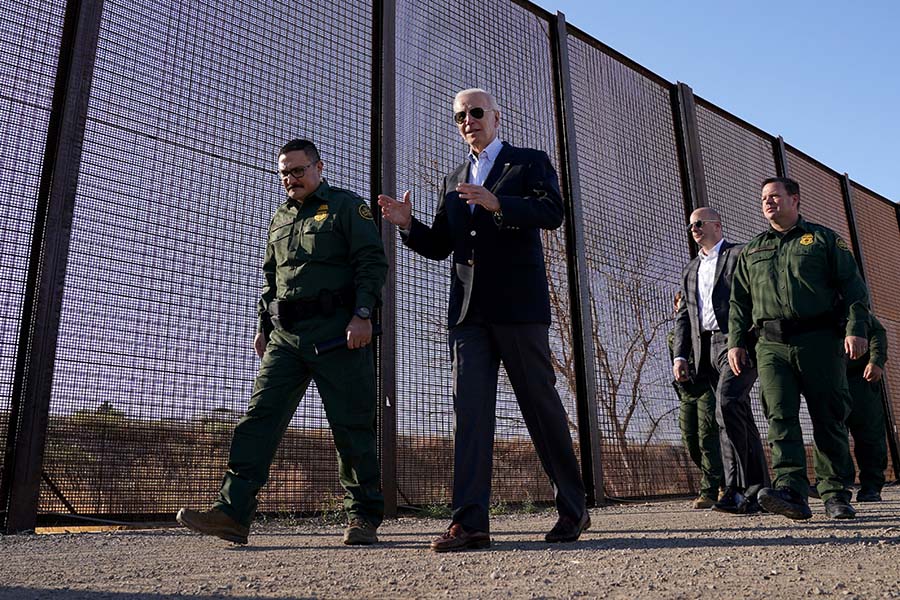 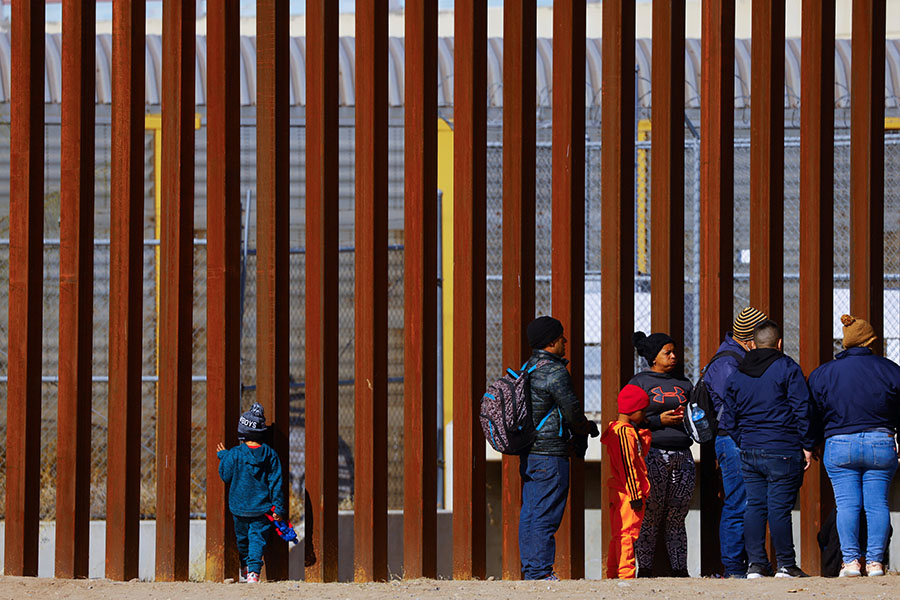 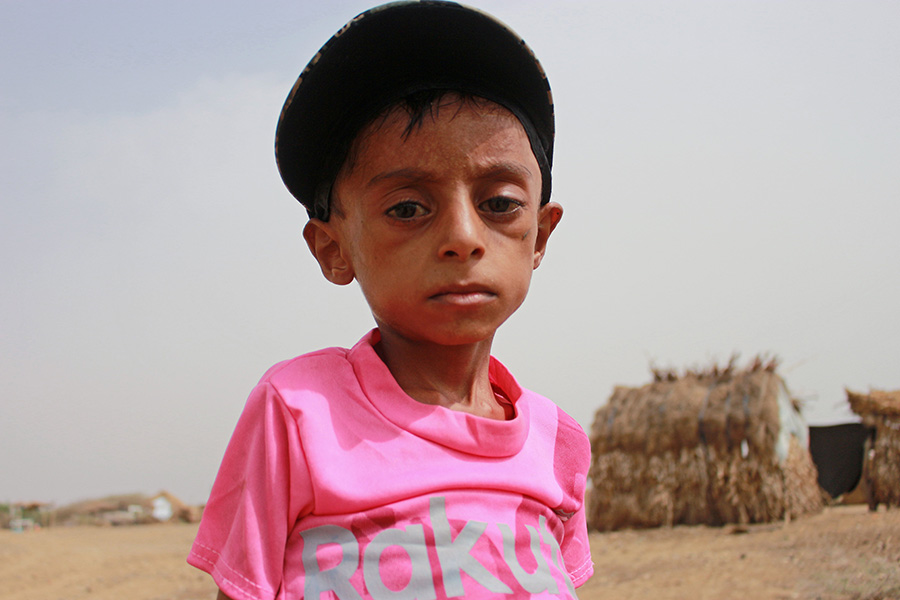