“Preach the Gospel at all times; when necessary, use words.”That’s the famous quote attributed to St. Francis.

I never liked it. I understand that it is more important to live the Gospel message than to talk about it. The saying, however, raises several historical, theological and biblical questions.

First, St. Francis never said it. What?! That’s right; no record of the statement exists in any early biographies, and scholars now accept that the quote is falsely attributed to the saint.

Moreover, the quote conflicts with the life of St. Francis. He modeled his life on the Gospel, and if anyone conveyed the Gospel message through his actions without using words, it was St. Francis. He, more than anyone else, did not need to use words to preach, but yet, he preached frequently in public, gaining fame due to his public proclamation of the Gospel.

From a historical perspective, the mendicant orders, which include the Franciscans he founded, revolutionized the faith specifically because they emphasized preaching and instructing the uneducated masses. Not only is the quote falsely attributed to him, but the quote appears inconsistent with the life of St. Francis and the historical impact of the Franciscan Order.

The saying is also problematic because the section, “when necessary,” emphasizes actions to the neglect of speech. It creates a false tension between the two that should not exist. In this way, the saying is an implicit slight to those who talk openly about their faith, implying that they should speak less about the Gospel and live it more, as if you should not do both.

Catholics might also interpret the saying to mean there are times when it is inappropriate to publicly share the Gospel message. Everyone freely discusses sports and the weather. It is also culturally acceptable to share your opinions about a restaurant or a movie. Many people, however, are opposed to talking about religion in a public forum. For these individuals, sharing your religious views is seen as an imposition. Some Catholics have bought into this modern mentality, and justified it with the quote of St. Francis. They argue that it is better for you to live out your faith privately, and for you to not share it with others publicly. 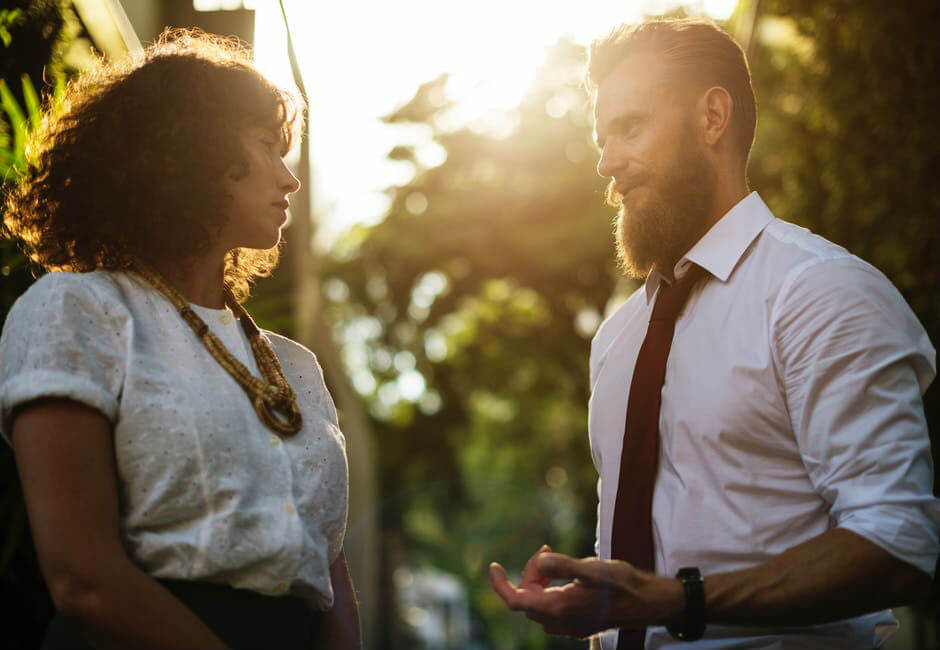 This reluctance of Catholics to share their faith with others, however, is contrary to a Catholic mindset. A missionary outlook constitutes a fundamental aspect of the Catholic tradition, and it should be part of the duty of all Catholics.

For Catholics, the missionary mentality begins with the life of Jesus, and, in particular, his public ministry. Jesus spent 30 years living a quiet life with his family, but when the time came, he went out to preach publicly. With Jesus as our model, we are called to follow him and share his message with those around us.

Jesus instructed the apostles in the Great Commission to maintain his missionary work: “All authority in heaven and on earth has been given to me. Therefore go and make disciples of all nations, baptizing them in the name of the Father and of the Son and of the Holy Spirit, and teaching them to obey everything I have commanded you. And surely I am with you always, to the very end of the age” (Matthew 28. 18-20).

The apostles, who were revitalized after Pentecost, went out to evangelize in every direction from Jerusalem. St. Thomas went to India, St. Peter traveled to Rome, and St. Paul traversed the entire Mediterranean. Within a generation, the message of Jesus had spread throughout all of Western civilization.

The history of Catholic Church from the apostles to the present day is marked by bursts of missionary activity, and often, the vibrancy of the faith coincides with missionary activity. Great saints fearlessly brought the faith to distant lands, and with this new-found religious zeal, the newly converted regions underwent a flowering of Catholic culture, such as with St. Patrick in Ireland, St. Cyril and St. Methodius in Eastern Europe, St. Boniface in Germany, St. Francis Xavier in India, and so many others.

The modern notion of religious relativism holds that all religions are equal, and there is no need for Catholics to share their faith with those who are not Catholic. Non-Catholic beliefs are equally valid, and it is offensive to suggest that individuals abandon their faith for Catholicism. With relativism becoming more prominent in the modern period, the idea of Catholic missionary work has declined in the twenty-first century, and with it, the vibrancy of Catholic culture that accompanies it.

Sharing our faith is also an inherent aspect of being a Catholic. Are you a Catholic? Do you believe it is good to be a Catholic? If so, how can you not share the faith with everyone?

If we love a new restaurant, then we tell our friends about it. If we see a cool video on YouTube, then we share it on Facebook. How much more should we share our faith, which is so important to us and is a part of every aspect of our life. How could we not want it to shine through our daily encounters? We should have an eagerness, a constant itch, to share the faith with everyone!

I was touched recently by the story of Jeremiah, who complained to God about his mission, but at the same time, he could not stop preaching about God. “I am ridiculed all day long; everyone mocks me… So the word of the Lord has brought me insult and reproach all day long.  But if I say, I will not mention his word or speak anymore in his name, his word is in my heart like a fire, a fire shut up in my bones. I am weary of holding it in; indeed, I cannot.” (Jeremiah 20. 7-9)

He was mocked and ridiculed. He questioned God. Yet, he could not stop preaching. Every Catholic needs to feel that same fire burning within them. Just as Jeremiah felt it.

St. Peter and St. John felt it, too. When they were on trial, they remarked, “As for us, we cannot help speaking about what we have seen and heard.” (Acts 4.20) The testimony of great saints show that it is impossible to contain the message of Jesus when your heart is on fire for him.

On the other hand, if we do not share our faith, non-Catholics are left to wonder about the validly of our beliefs. They might ask, why don’t Catholics talk about their faith? Are Catholics not passionate about what the church teaches? The silence is not convincing for those considering converting to the faith.

The text suggests that we talk about what is on our hearts. If we never mention religion to our family and friends, it means that religion is not significant to us.

And, they need to hear about the faith in order to become a Catholic. St. Paul wrote, “Faith comes by hearing, and hearing by the word of Christ.” (Romans 10. 17) Someone needs to step-up and be the person who shares their faith with others.

Moreover, converts are the lifeblood of the faith. They bring a life and energy into the faith that many cradle Catholics have a hard time summoning. Catholics are often inspired by the zeal of recent converts, and often, it is the cradle-Catholic who benefits the most from “instructing” a new convert.

A missionary outlook should be central in the mind of every Catholic. We should seek opportunities to share our faith. We need to emphasize the work of missionaries, pray for them, and support them financially. We should utilize the internet and social media as part of the missionary effort, or join a local church group tied to evangelization.

Catholics are put to shame by many other religious groups, such as the Jehovah Witnesses or Mormons, in missionary activity. Evangelicals and Muslims are also more likely to express their religion in public than Catholics. It is not a surprise that people are leaving the Catholic faith in record numbers, while other religious groups are attracting new members.

I admit that being a Catholic missionary is a struggle. I fail more often than I succeed. In the past, I took consolation in the quote falsely attributed to St. Francis in that I did not need to use words. In the future, I hope to take a different approach by asking the Holy Spirit for the strength and courage to be more open with others about Catholicism, and take inspiration from a quote from the Bible: “Whoever acknowledges me before others, I will also acknowledge before my Father in heaven. But whoever disowns me before others, I will disown before my Father in heaven.” (Matthew 10.32-33)

(St Francis also did not compose the Prayer of Saint Francis or Peace Prayer, but that is a story for another time.)