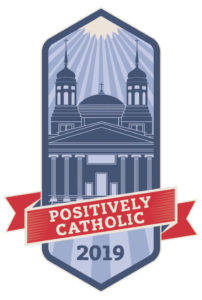 Eighth in a Series

The October 2017 issue of the Catholic Review explored the theme of “Positively Catholic” through Education, Health Care, Parish Life and Service. Each Review issue in 2019 will explore one of those aspects of being “Positively Catholic.” The following focuses on health care.

What do School Sisters of Notre Dame, a poverty-stricken West Baltimorean and a Towson resident with heart disease have in common?

All have benefitted from the care of physicians who met in the mid-1970s, when they were small boys and classmates in a Catholic school in Damascus, Syria, which in the last decade has become one of the world’s most troubled nations.

All of them found professional fulfillment and  community in Baltimore, a city not without its own problems.

For that grace, all point to the guidance of a fellow immigrant from Syria and his wife, who encouraged them to follow their lead, come to a strange and different land, and put down roots.

Theirs is a story told in Arabic accents and an Irish brogue, one that includes two orders of religious women with roots in France, the path of St. Paul, and countless hints of the connections made through the Holy Spirit.

Issam Cheikh left Syria March 8, 1969, to continue his medical training in England. That very same day, Maggie O’Neill bid farewell to County Tipperary, in the heart of the Republic of Ireland, for a nursing job there.

“We met in Coventry (at Gulson Hospital),” he said, “and that is the beginning of our story.”

In June 1970, he came to Baltimore to study under John Eager Howard, a pioneer in the field of endocrinology (and descendent of the Revolutionary War hero of the same name).

“My husband wanted to be just like him,” Maggie said.

Five months later, they wed in Newport, her hometown, but only after Cheikh had been received into full communion with the Catholic faith in Baltimore. He converted from an Orthodox faith to her Roman Catholicism, which already had one of her 10 siblings serving on its behalf, in the Sisters of Mercy.

Before long, Cheikh was the chief of what is now the Division of Endocrinology, Diabetes, and Metabolism at MedStar Union Memorial Hospital.

After three years of nursing there, Maggie became a stay-at-home mother to their two daughters and son, who would go from Immaculate Heart of Mary School in Baynesville to Notre Dame Preparatory School and Loyola Blakefield. Their nine grandchildren spend chunks of the summer at what she calls “Camp Nana.”

When did the doctor from Syria and nurse from Ireland, who are parishioners of St. Ignatius in Baltimore, come to consider this home?

“We were planning to go back to Syria,” said Cheikh, whose six siblings include three doctors and a dentist. “I thought we would start a hospital. When I went back (in 1985), I found that I changed and the system changed, the political and social system, the education system. I didn’t think I would be happy there. I didn’t think my wife and children would be happy, so we decided to stay in Baltimore.

“Someone once said, the United States is like an apple. After that first bite, you want to finish it.”

Cheikh was born in Marmarita, one of the largest Christian villages in the “Valley of the Christians.” It is not far from Homs, among the cities devastated by the Syrian Civil War that began in 2011 and killed an estimated 100,000 in the first two years alone.

It is a complex conflict, other than the fact that President Bashar al-Assad followed his father in that seat, continuing what one journalist described as the nation’s “one-party, one-family, one-man rule.”

Cheikh was raised in Damascus, believed to be the world’s oldest continuously inhabited capital city.

Saul of Tarsus was headed there to continue his persecution of the followers of Jesus when he was blinded by God. St. Paul later returned to Damascus to preach, until he came under suspicion and fled after being lowered to safety in a basket. The Chapel of St. Paul there includes stones said to be from that site.

“I passed by that every day on my way to school,” George Hennawi said. “Syria is a core part of the history of Christianity. If it wasn’t for St. Paul, we wouldn’t be here.”

In 1976, Hennawi, Ibrahim “Pete” Hanna, Camille Tawil and Eskander Yazaji were among the new students at the Catholic school led by the Dominican Sisters of Lourdes, a vestige of French rule that began after World War I.

“The school included Muslims and Jews,” Tawil said. “Growing up in Syria, we weren’t (Roman) Catholic or Orthodox, you just said, ‘I’m Christian.’ We weren’t divided.”

The sons of professionals, they grew together through the Lourdes school and Al Nour, a Catholic middle and high school.

They grew up with electric blackouts, rationing of oil and water, using both sides of paper when it was available – and the dream that something better awaited them.

In January 1998, five years after his first visit to the U.S., Hennawi found himself at a Super Bowl XXXII party in Baltimore, more interested in making connections than the Denver Broncos and Green Bay Packers.

“I met Maggie Cheikh,” he said. “I hardly spoke English. … I said, ‘I’m looking for a residency in medicine.’ She pointed to Dr. Cheikh and said, ‘Speak with my husband.’ He said three words, ‘My office, tomorrow.’ I walked into his office the next day and never left. Her simple act of kindness changed my life.”

In 2015, Hennawi founded the Center for Successful Aging at MedStar Good Samaritan Hospital in Baltimore, where his patients have included the aforementioned School Sisters. Well before that, he encouraged his Damascus classmates to follow him to Baltimore – all with the help of the Cheikhs.

Their path to permanent resident status was sped by their work in underserved areas – service Hanna is still performing in a blighted section of the city.

“I live in Harbor East, and this is the other end of the spectrum,” Hanna said of his mission, which includes the Sisters of Bon Secours, who, like the women who taught him in Damascus, originated in France. “Their genuine respect for diversity, and their true focus on helping the poor, they represent the Catholic upbringing I grew up in.”

The four are not alone in following the lead of Issam and Maggie Cheikh, whose extended family includes three of his nephews, Elie, Eyad and Malek, all local physicians.

“I can’t thank Maggie enough,” Cheikh said. “She not only opened her house to them, she opened her heart, treated all of them like her own children. You know, she is an immigrant, too.”

Visitors to the Cheikh home in Timonium pass a statue of St. Francis of Assisi and find numerous icons inside. His own patients are prescribed the Lord’s Prayer, as “lead us not into temptation” remains solid lifestyle advice.

“The love, the compassion, the care, all is from our religion, our faith,” Cheikh said. “Life without (it) would be very dry, like a stream without water.”

All of the support offered by the Cheikhs comes with responsibility for its recipients, as seen in Tawil leading a clinic for four young residents late one August afternoon.

“My mother used to share an old Arabic saying, ‘Do well and throw it in the sea,’ ” Cheikh said, one that echoes Matthew 6:3. “I’m happy to say, none of the people we have helped didn’t do their fair share for others.”