WASHINGTON (CNS) — There’s a lot of blame going around Texas these days, in the aftermath of back-to-back tragedies.

Local police in Uvalde face anger and public scrutiny for their response to a mass shooting at an elementary school in late May.

Migrants face blame for a June tragedy that befell 53 of them inside a sweltering trailer truck smuggling them into the country.

But the way Archbishop Gustavo García-Siller of San Antonio sees it, the only thing to blame is the system, and the tragedies are part of a bigger and complex problem, he said in a July 8 interview with Catholic News Service.

“We need good policies,” those that will serve the common good, he said, “but there are people who like disarray because it benefits them personally, it benefits … their agendas, whether collective or individual. When there’s disarray, no one knows what’s going on and it opens up the field to injustices, to abuses … and there is always a scapegoat.”

In many ways, Archbishop García-Siller echoes Pope Francis, who has called out the “indiscriminate trafficking of weapons” and those who treat migrants as “pawns on the chessboard of humanity” following tragedies such as mass shootings and the large-scale death of migrants.

In recent days, the archbishop has walked through the rawness of helping a community heal from two major heartbreaks at its doorstep: the killing of 19 defenseless fourth graders in a mass shooting at an elementary school and a group of dehydrated men and women found dead or dying of heat stroke inside a trailer designed to carry cargo, not people.

“Traders of death,” the archbishop called those responsible for the trailer tragedy in a June 30 homily.

“As a ‘First World’ country, we are failing because we have the ability, the possibility” to fix the social ills that cause such carnage and yet there doesn’t seem to be the will for it to happen, he told CNS, adding that instead “a culture of death is what’s prevalent.”

There’s also a system of structural problems that seeks to blame people for their circumstances instead of looking “with seriousness and depth, and with a humanitarian viewpoint” at solutions.

Some choose the path of attacking the person, but not the problem. In the case of immigration, Archbishop García-Siller said that instead of reforming a flawed system, some find it easier to demonize a person.

“Automatically, a person coming (into the U.S.) from the south (of the U.S. border) is considered bad, an outlaw, an invader, as we’ve been called in this moment in time in Texas,” said the archbishop, who is a naturalized U.S. citizen, but an immigrant to the U.S. nevertheless, born in bordering Mexico.

“We may walk around wearing masks on the streets, but they can tell who we are because of our color, our culture, a language that we speak (with others),” he said.

The tragedy of what happened to the migrants in the trailer solidified observations he’s noticed before in his experience as a pastor tending to migrants in various posts around the country, including Oregon, California, Alaska and now Texas, he said.

For example, if you read news stories about those who died inside the overheated trailer, the descriptions speak of an “abandoned trailer,” he said, a description that dehumanizes the people who were inside.

“But the trailer wasn’t abandoned. What was abandoned? The people. The migrants were abandoned,” he emphasized.

And they weren’t just abandoned by the driver. People in the countries that migrants flee to, in many cases, abandon them as well, as they seek shelter or relief from deteriorating conditions in their home countries, fleeing from bad situations inflicted by their families or fleeing the violence of their neighborhoods — any number of situations that can cause a person to leave, he said.

“Migrants, ordinarily, are abandoned,” he said. “And being abandoned is very serious, very profound, a situation that deeply affects a person, this abandonment.”

As they work, few recognize their presence, he said, and if you notice, they’re often not called by their names, abandoning also the human values that their names carry.

“They live without names, without being acknowledged and that strips us of our identity, our history,” Archbishop García-Siller said.

At work, a place where migrants sometimes find the only normalcy following what is often “a journey of sorrows,” they go in and out anonymously, relegated to the back of the house, the places where no one can see them, he said, and there, “they become the invisible.”

It’s a terrible feeling not to have your existence acknowledged by another person, to be walked around, and seeing others pretend that you don’t exist, said the archbishop.

And after all that, some in the public loudly wonder, after migrants suffer injustice after injustice, after the “destruction” of a person’s essence, why they’re not the “most brilliant people” worthy of entering and staying in the country, the archbishop said.

There’s little discussion about pursuing a humanitarian solution to the problem, he said. The solutions are: Build a wall or kick them out.

“The way the situation is handled here in Texas is by saying, ‘We’ll resolve the problem,’ but by imposing, not through dialogue,” he said.

“This is the kind of system that feeds what happened” in both tragedies, and those who profit from that system aren’t willing to change it, said the archbishop. It’s easier to focus on the scapegoats.

The work ahead may seem uphill at times, he said, but his life of prayer, the faith of those who surround him in the archdiocese and in the community are what keep him going, he said.

“I’m now thankful that my parents gave my family strong experiences of faith and I have an intense relationship with God,” he said. 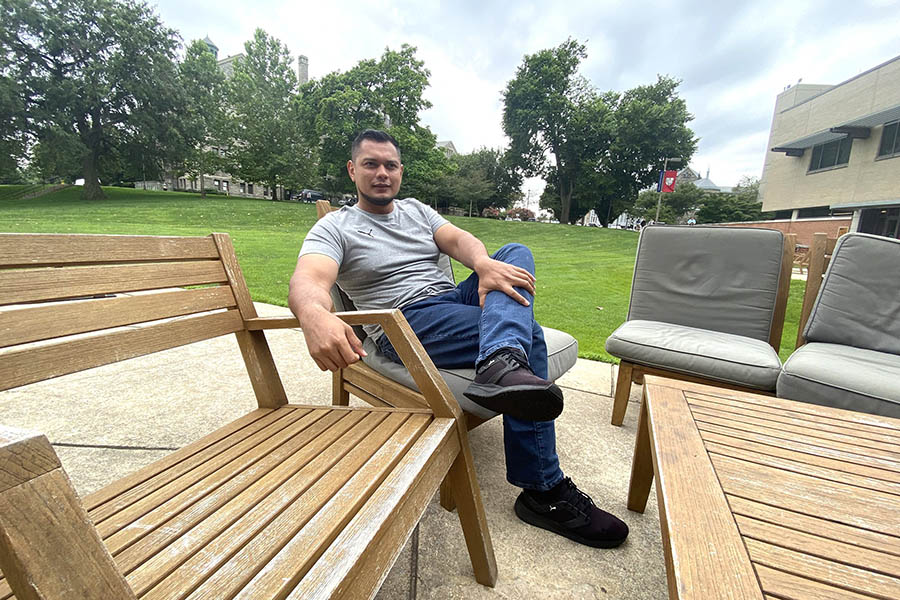 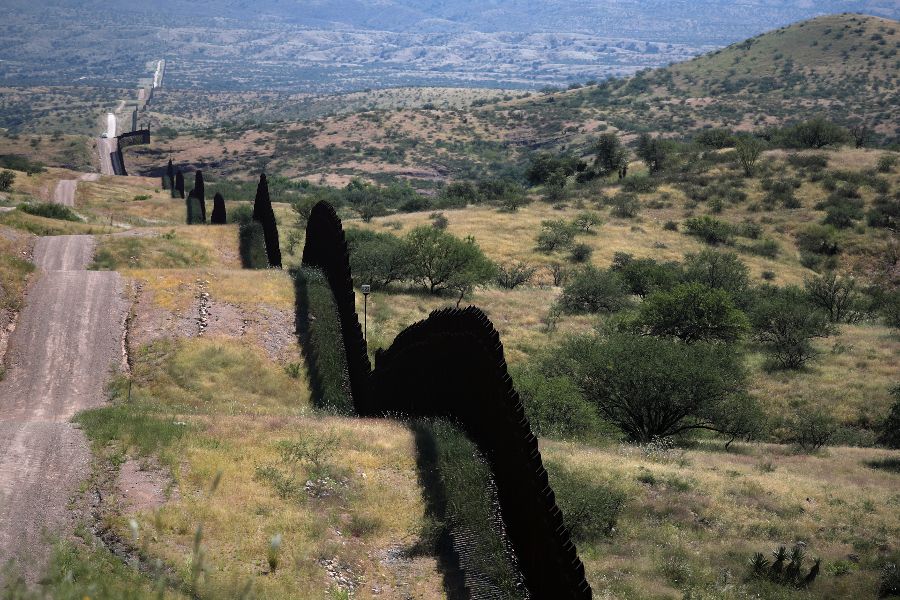 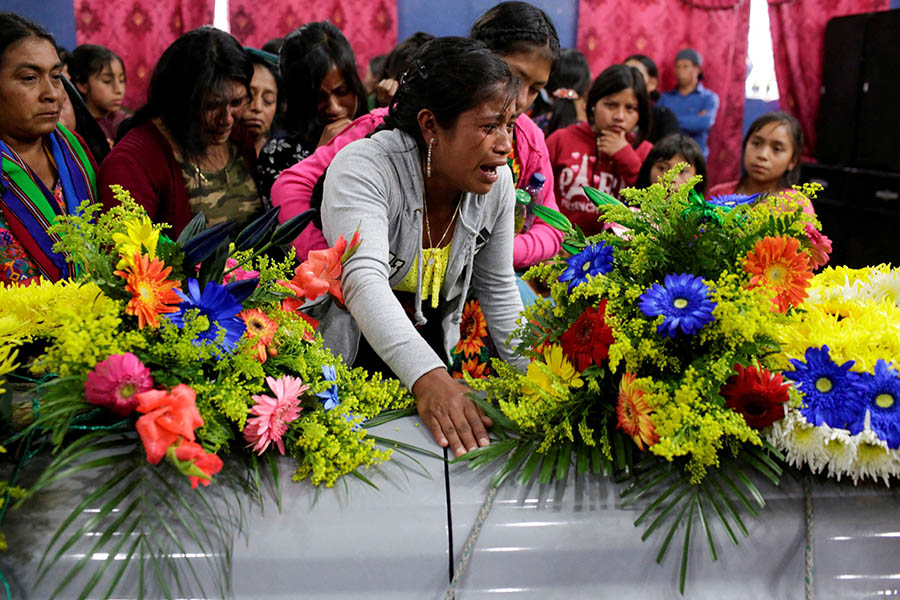 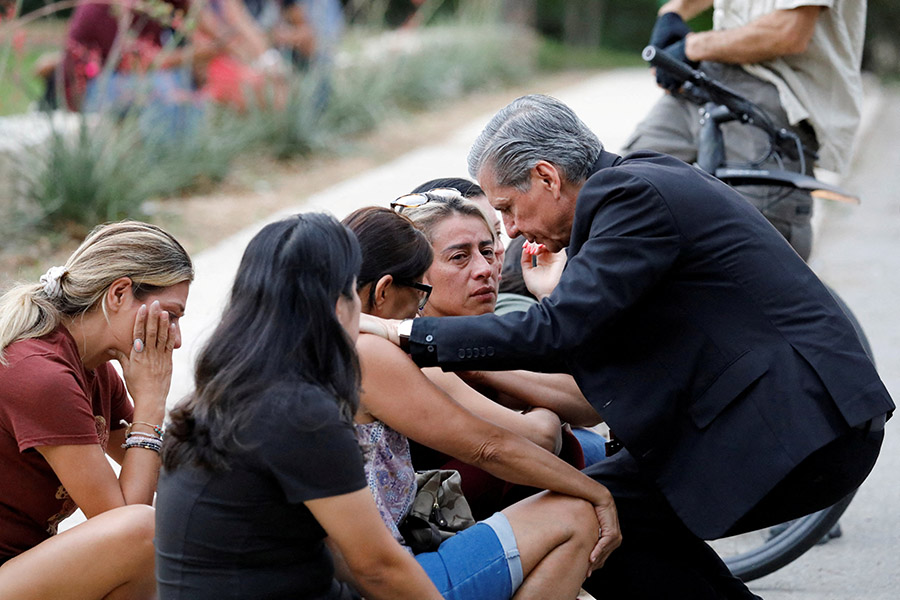 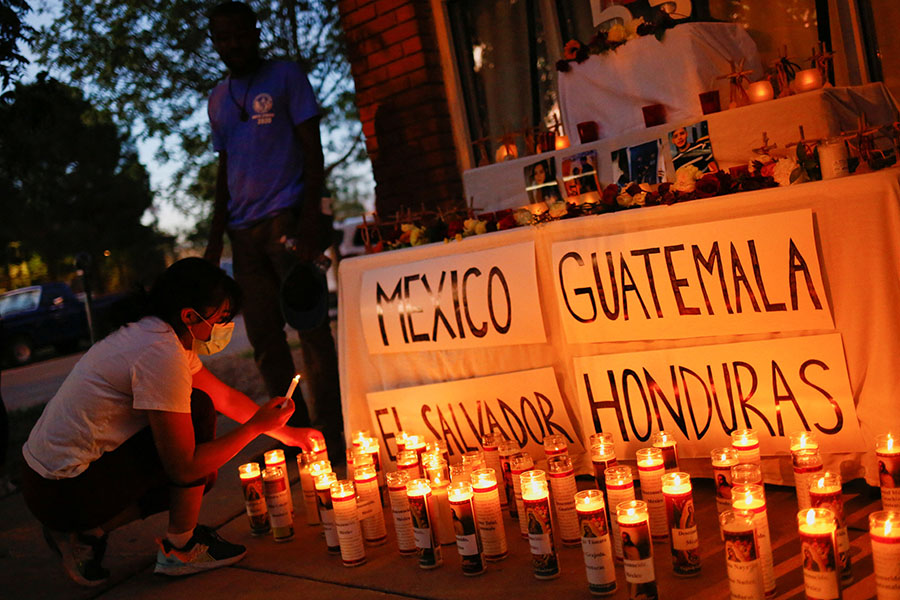 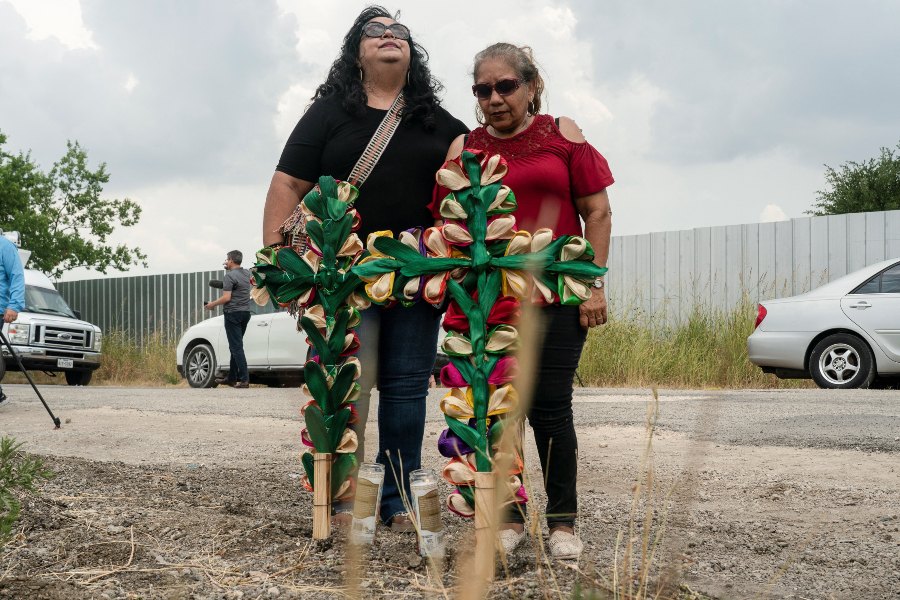