VATICAN CITY (CNS) — Catholics around the globe long to share the Gospel with a world in need, but they see situations and tensions within the church that challenge their ability to do so, said one of the drafters of the document for the continental phase of the Synod of Bishops.

The reports sent to the Vatican from local and national listening sessions show “a deep, deep hunger for a new confidence in the church, a confidence in its ability to proclaim the Gospel to a world so deeply in need,” said Anna Rowlands, a professor of Catholic social thought and practice at Durham University in England.

Rowlands, who read many of the contributions to the synod before helping draft the new document, told reporters at the Vatican Oct. 27 that the reports showed that confidence is challenged by internal church problems, especially the clerical abuse scandal.

With “just as much” focus on mission, she said, the reports ask, “What condition does the church have to be in in its own internal life and relationships to be able to carry that message to the world? To meet Christ in the world and bring Christ to the world in a Spirit-led way?”

In talking about exclusion and clericalism and a lack of listening to each other, “the reports are saying there are aspects of our own relationships, our capacity for genuine unity in diversity,” that stand in the way, Rowlands said. The reports acknowledge that it is difficult to speak authoritatively to the world of reconciliation in Christ “if we cannot ourselves be brothers and sisters, if we can’t heal our own divisions, our mutual suspicions, our lack of fundamental trust.”

The synod document is titled “Enlarge the Space of Your Tent,” a quotation of the Lord’s command to the people of Israel in the Book of Isaiah.

“Enlarging the tent requires welcoming others into it, making room for their diversity,” the document said. But echoing the submissions to the synod’s Vatican office, the document listed people and groups who often feel excluded or are seen to be excluded: women, young people, people with disabilities, the poor, those who are divorced and civilly remarried, single parents, those in polygamous marriages and members of the LGBTQ communities.

Asked if there were limits to who could be let into the church’s tent and about Catholics who do not want the tent enlarged, Cardinal Jean-Claude Hollerich of Luxembourg, relator general of the synod, responded, “There will be groups sitting in the tent who are not very happy that some people are in one corner.”

“But who is invited to the tent? All the people created and loved by God. All the people,” he said. “Our behavior perhaps is sometimes a bit more fragmented, and our love is not as big as the love of God, so therefore we create segregations, even inside the tent.”

Everyone naturally likes some people more than others, but in the church all are called to look at each person as “someone loved by God, called into being by God. Christ died for this person on the cross, so if I am not capable of giving space to this person in the tent, I have a problem with God.”

Asked about the document drafters pushing or prioritizing certain themes, such as the call for women to have a greater role in church leadership, to continue studying the possibility of women deacons and the mention of some reports that even called for the ordination of women priests, Cardinal Mario Grech, synod secretary-general, insisted the document only reflects what the reports sent in said.

“No decisions have been made” on any issue, he said. “We are not pushing any agenda. This has been said from the beginning. Our responsibility was to present and to give back to the people of God that which was entrusted to us. There is no agenda.”

Rowlands added that in drafting the document, if an issue came up “over and over” in the national syntheses, “we had to honor” and include it in the document.

The question of women’s role in the church and society and their experiences in both “were brought up across the reports; it is an astonishing, common theme,” she said. But it is also important to note how they spoke about the issue; “this is rooted in people’s sense of the common dignity that comes from their baptism.”

The discussion was not about women’s rights, but about “the living out of a common baptismal vocation in the church in such a way that the charisms of the Spirit, the gifts and capacities and skills of all the baptized, are able to be honored and nurtured and flourish,” Rowlands said. 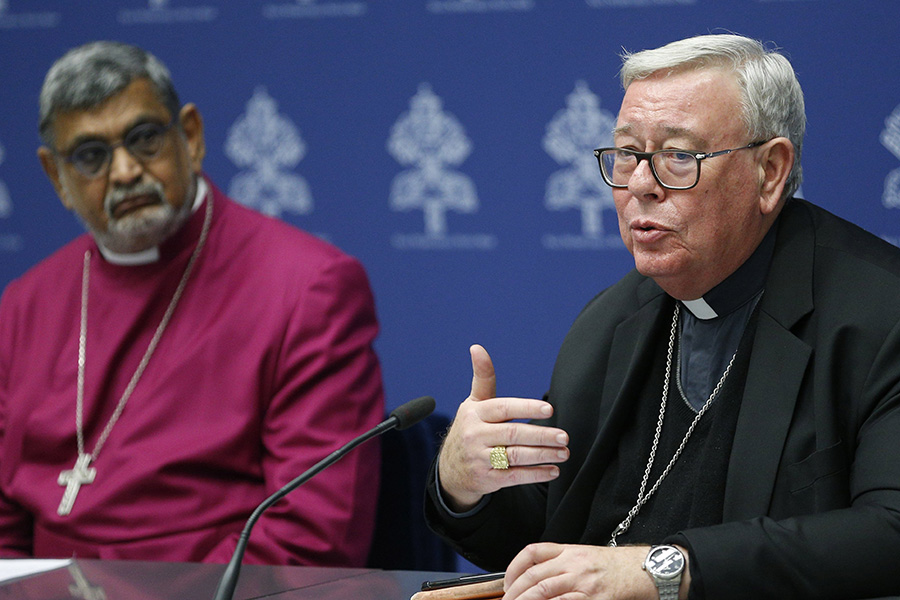 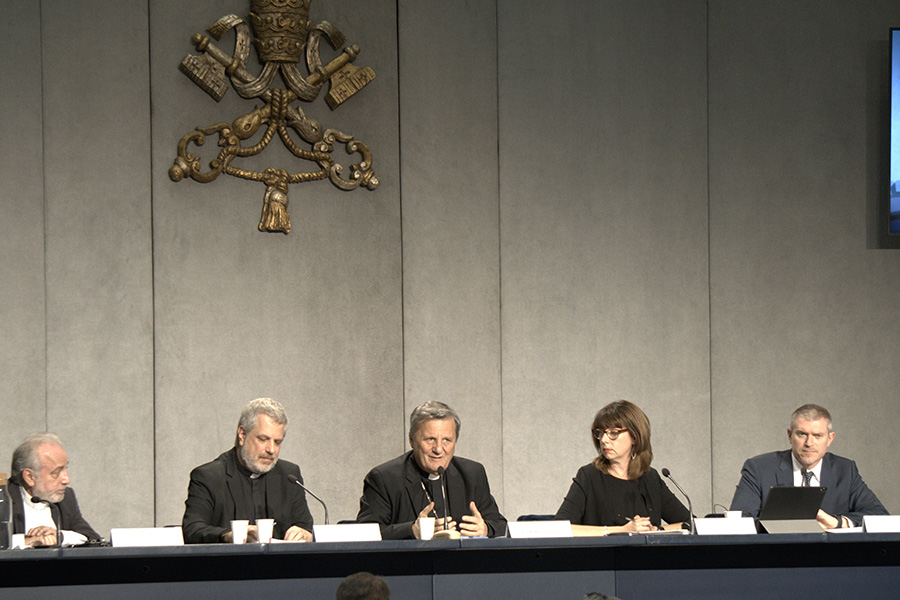 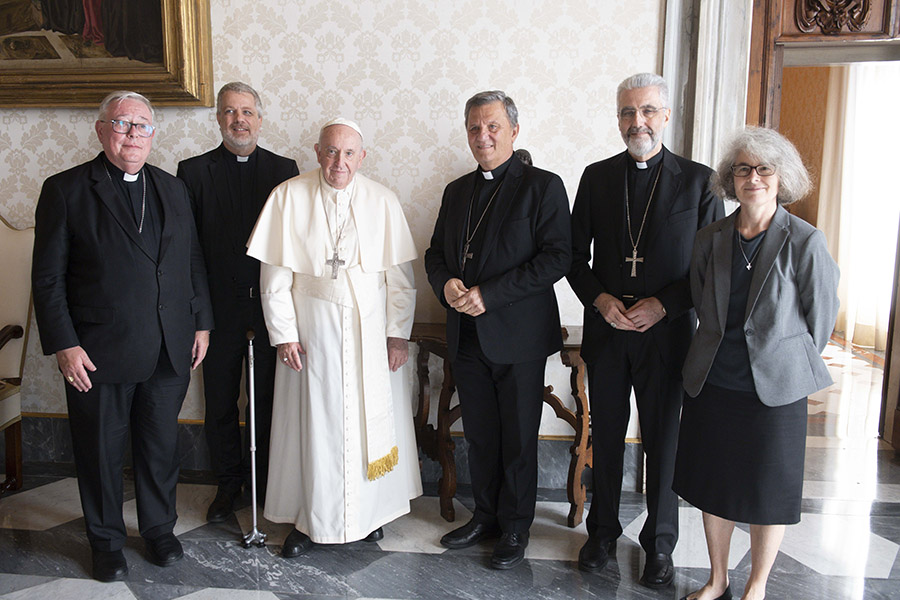 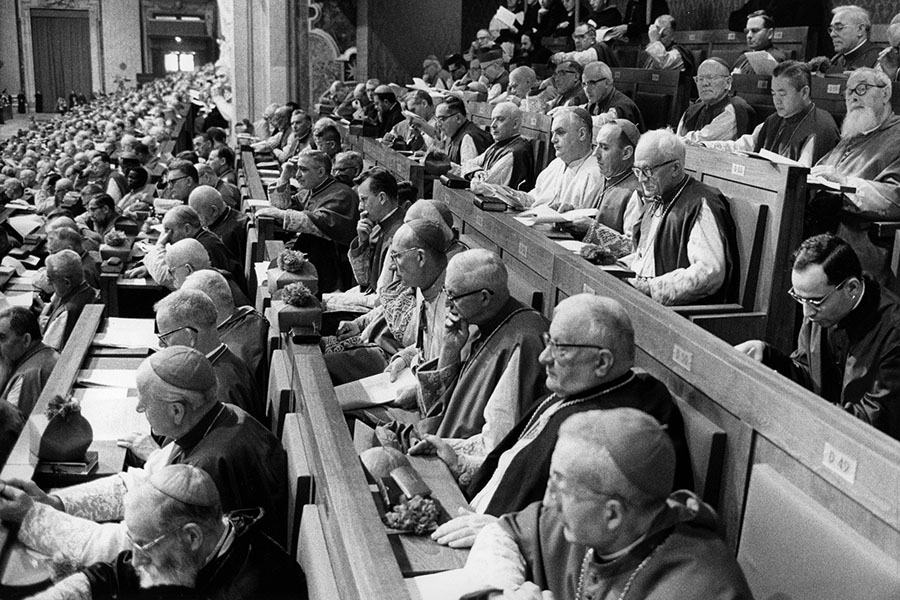