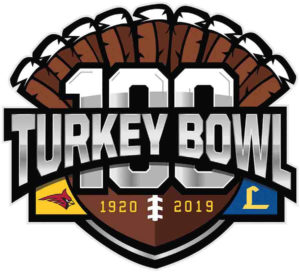 Editor’s Note: With the Calvert Hall-Loyola Blakefield football rivalry celebrating its 100th meeting Thanksgiving Day, the Catholic Review looks at how the schools’ academic and extracurricular offerings have adapted to the 21st century.

The catalyst for Loyola Blakefield’s Cyber Science program was a computer hardware club with just six students. Fast forward eight years to the 2019-2020 school year, and the 167 Dons in the cyber security club, operating in multiple teams six days a week.

At the helm of that impressive program is Stephen Morrill, director of technology at Loyola Blakefield. In his thirteenth year at the school, Morrill is a sought-after speaker and trainer on matters of cyber security, having traveled as far as Australia to teach others about Internet safety, social media awareness and more.

Morrill earned a degree in business information systems with a minor in psychology from Villa Julie College (now Stevenson University). He started working full time at the college during his sophomore year, and spent 13 years in its IT department. He was managing IT for the campus and serving as an adjunct professor when Father Thomas A. Pesci, then president of Loyola Blakefield, convinced him to make a move.

“I like what makes machines tick, and I like what makes people tick,” said Morrill, who grew up in Carroll County. “At that intersection is where you find cyber security. Hackers can spend a lot of time and money hacking into hardware or software, or they can tap into the human component – send a cat video, someone clicks on it, and they are in.”

The cyber security club meets after school daily (different days for different experience levels) and on Saturday mornings, for certification classes and students who participate in sports and want to catch up. Morrill has help from 11 student leaders. On any given day, the club could be training for an upcoming competition, taking a field trip to a business, performing a hands-on network defense scenario or analyzing a cyber event in the news.

The Dons participate in several different cyber competitions. The Air Force Academy’s CyberPatriot competition is the largest one during the academic year, with more than 7,000 teams and 35,000 participants. Loyola Blakefield has taken five teams to nationals over the past four years.

In the cyber club, the Dons do not learn how to hack; rather they concentrate on defensive skills to help protect and defend networks and critical infrastructure, often discussing the ethical implications.

“Our Jesuit mission fits very well in cyber security,” Morrill said. “We take into account our moral compass. It makes you think. Even if I can do something, should I?”

In July 2017, Morrill was invited by the Australian government to travel there to train teachers on cyber security issues. He reached staff from 960 schools in just two weeks, all with the help of 18 students back home in Baltimore performing remote training for 14 or more hours a day, mostly between midnight and 5 a.m. EST.

He returned to Australia in October 2018 with a student and the student’s mother for one week of training schools in the Outback. Morrill said Loyola Blakefield would like to start an Australian student exchange program for the 2021-22 school year.

“Everything is connected,” Morrill said of his mission. “If they (students) understand the digital world, they have a greater chance of success. Cyber security as a career is awesome, but every person should have cyber awareness. Education will solve a lot of the typical cyber problems we have.

“I love my job. The work we do is important and challenging. This is how we can change the world.”