Jesuit Father George Restrepo, who served more than three decades at the Shrine of the Little Flower in Northeast Baltimore and later at St. Thomas Aquinas in Hampden, died the day after his 87th birthday Dec. 20 at the Murray-Weigel Jesuit Community in the Bronx.

Born in New York State, Father Restrepo moved to Baltimore to be closer to his parents in the early 1970s and stayed for most of his ministry, said Monsignor James P. Farmer, who was pastor of St. Thomas Aquinas in the 1990s, when Father Restrepo served there.

“He was extremely loyal to the Catholic faith. He was very well-read and had tremendous knowledge about the teachings of the church. He was particularly devoted to the Blessed Mother,” said Monsignor Farmer, now the pastor of St. Thomas More in Northeast Baltimore. “He was very scholarly.”

Father Restrepo developed strong bonds with the faithful. Toward the end of his ministry in Baltimore, he became the spiritual director to former Baltimore residents Karin and Timothy Fahrenholz. He married the couple at The National Shrine of St. Alphonsus Liguori in downtown Baltimore in 2013.

Karin Fahrenholz, who now lives with her husband in Wellington, Fla., said she was attracted to Father Restrepso’s commitment to orthodoxy and his deep sense of scholarship.

“I was teaching at the time and sometimes I felt discouraged that maybe I wasn’t making a big enough difference,” she said. “He said to me, ‘If you knew the difference you were making, it would make you weep.’ And this really encouraged me to continue my profession.”

Karin Fahrenholz said he sometimes struggled with his later assignments in New York State, which took him away from his beloved Baltimore and its many cultural institutions, but she said he persevered.

“Father George did everything with so much love. He made sacrifices in ways that I think he himself was not always aware of. He said to me once that he hadn’t realized that he’d been fasting daily really for years just with even the amount that he ate daily,” Karin Fahrenholz said. “He found a way to just simply surrender his will to God’s will and to be an instrument in the Lord’s hands. And that’s exactly what Mother Teresa talks about – being a pencil in the hands of God.”

Born in New York City in 1933, Father Restrepo attended Jesuit schools in the city and later graduated from Woodstock College in Maryland with a degree in theology. He was ordained to the priesthood in 1965. A fluent Spanish speaker, Father Restrepo taught English at the Colegio San Ignacio de Loyola in San Juan, Puerto Rico, from 1967 to 1971.

He had a deep love and knowledge of church history, especially on the subject of saints, Monsignor Farmer said. Serving from 1973 to 1995 at the Shrine of the Little Flower, Father Restrepo had a strong affection for St. Therese of Lisieux, often incorporating her teachings – known as the “little way” – in his homilies.

“He had great knowledge of her and great love for her,” Monsignor Farmer said.

At St. Thomas Aquinas, Father Restrepo, who had earned a master’s degree in film from New York University, shared his love of the arts with his parishioners. From 1995 to 2006, he regularly hosted movie and opera nights. He showed a wide range of films, including classics, religious movies and modern films. The movies included the 1944 film “Keys to the Kingdom,” about a priest who travels to China to spread the Gospel, and the 1999 film “Molokai: The Story of Father Damien,” about the saint who ministered to lepers in 19th century Hawaii.

Tim Fahrenholz met Father Restrepo when he was a parishioner at St. Thomas Aquinas in the 1990s.

“When I was there, every Wednesday night he would show a film to about 15 to 20 parishioners from the Vatican top 100 list,” Tim Fahrenholz said. “After the film or during the intermission in the middle of the night, he would describe the spiritual lessons to be learned from the film.”

He was also known for celebrating a vigil on New Year’s Eve at St. Thomas Aquinas that began at 8 p.m. and ended with a midnight Mass. It offered an alternative to the secular, and often alcohol-heavy, celebrations.

The Farenholtzes said their most endearing memory of Father Restrepo was also their first encounter with the Jesuit priest.

“He would just know the right thing to say at the right time. He helped Steve get through whatever challenge he was facing a particular day,” Tim Fahrenholz said.

Karin Fahrenholz added: “Father George had a tremendous devotion to service and in helping others. And wherever he went, he was the light.” 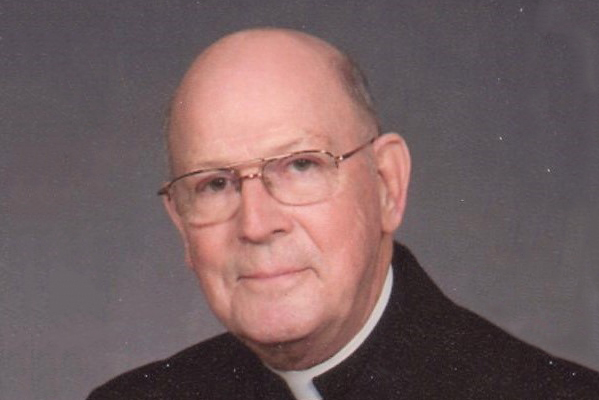 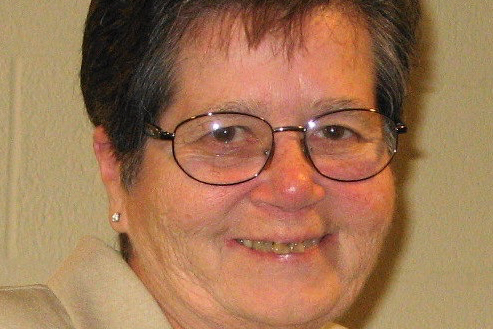 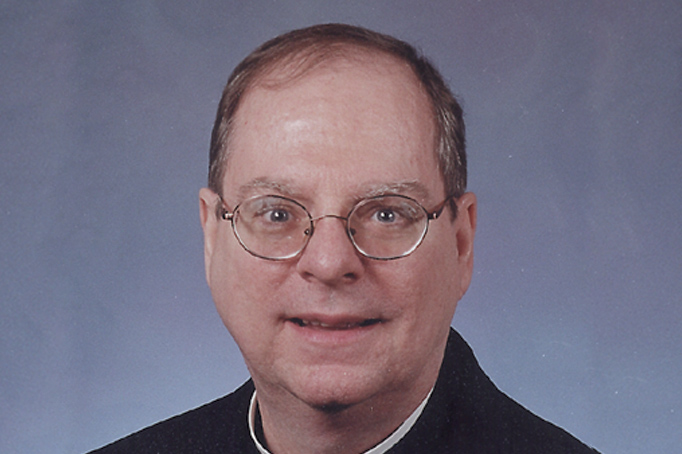 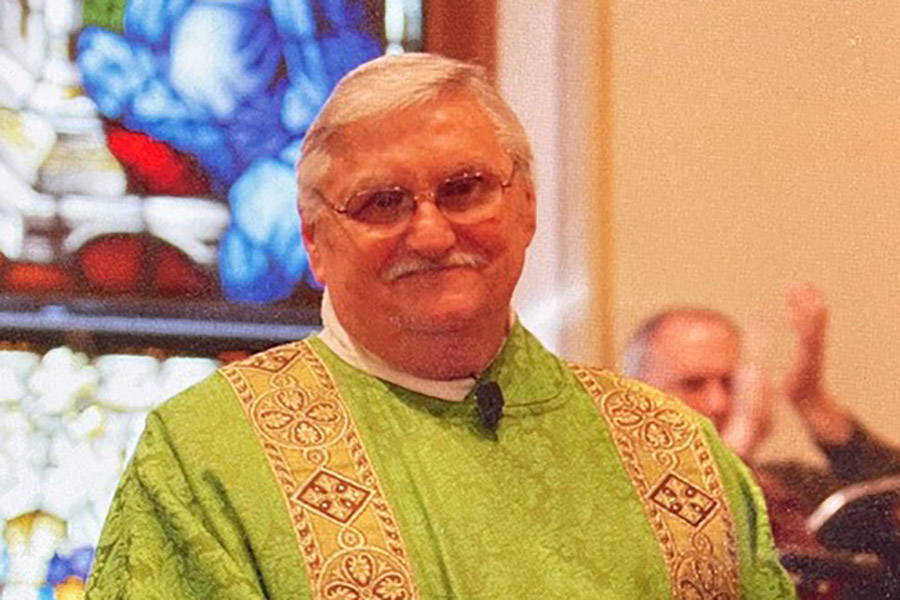 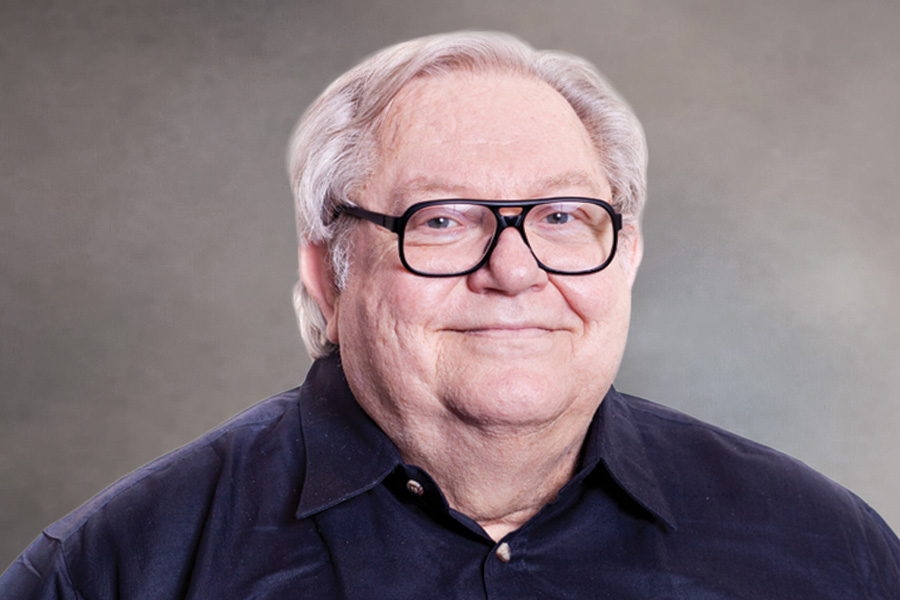 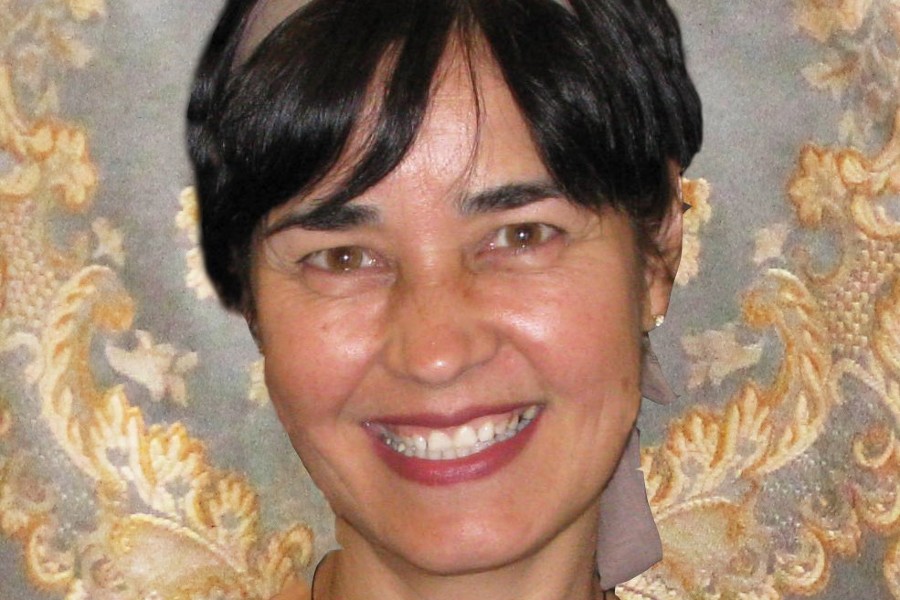