HAVRE DE GRACE – When Janet Michel returned from noon Mass at St. Patrick in Havre de Grace late in September, her daughter, Carolyn Michel, was cleaning up the lunch of pasta salad and thickened water she had just fed her father, Kevin.

Kevin Michel’s stiff, atrophied body requires use of a wheelchair. His blue-green eyes seem distant, yet not absent. He cannot hold a conversation.

Janet and Carolyn, who visits from Philadelphia every weekend, together hoisted Kevin into bed using a Hoyer lift and prepared him for an afternoon nap.

Now in the later stages of Alzheimer’s disease, Kevin has become totally reliant on others for his most basic needs. For his wife, it’s a daily struggle, but also a way to live out her end of the “for better or worse” part of the nuptial vows she made when they married five decades ago.

“I truly believe God does not give us more than we can handle,” said Janet, a lector at her parish. “Somehow he saw that as a young couple we would be together for better or for worse. God knows we will take care of each other and even be an example for others. I feel blessed to be able to give Kevin what he needs.”

The couple met in their high school band at Cardinal Spellman High School in New York. He played the trumpet. She played the flute. They were married young and had Carolyn in 1974.

Kevin was once a CPA who worked for Merrill Lynch. He studied the stock market intently. Kevin earned multiple degrees, including a doctorate of education. He was a business professor at UMUC.

In 2010, Janet noticed that something was wrong when her husband started struggling to plan his lessons and complete their taxes. They visited The Johns Hopkins Hospital in Baltimore and Kevin was diagnosed with mild cognitive impairment. Kevin’s father had Alzheimer’s, so they both knew how grave the situation could become. Kevin handed over his investments to a professional and he, Janet and Carolyn began to make adjustments in their lives to prepare for the impending storm.

Janet, who at 68 is the same age as her husband, revealed that one of her most traumatic moments was when she realized she could no longer take Kevin to Mass with her. She once stepped away from the pew and within minutes, he was missing. Another parishioner found him wandering the neighborhood. Soon thereafter, Janet began attending Mass by herself.

“I’ve had many losses in my life,” she said, “but this one hit me especially hard.”

Janet began to rely on a device called AngelSense to keep track of her husband’s location.

She fought a sense of isolation by participating in support groups, such as the ones offered by the Alzheimer’s Association and St. Patrick Church, where she found services and support that enabled her to care for Kevin at home. Eventually, Janet enrolled Kevin in an adult day care program, but due to the coronavirus pandemic, Janet became Kevin’s sole care provider. She would take him for drives, during which he would read street signs. She also kept him engaged with online music and academic programs. Kevin particularly enjoyed singing and drumming, as well as an animal exploration program called “Walk on the Wild Side.” Even though Kevin’s memory was fading, he still showed an interest in the things he loved.

As Kevin’s disease advanced, Janet advanced as a caregiver. Kevin is in hospice now, so his wife needs a different kind of help than she did early on, including two nurse technicians, Ebony Knuckles and Cynthia Gee Roberts, who come by throughout the week to help her care for Kevin.

She also counts on her support groups.

“They know exactly what you are going through,” she said. “I can send someone a text message that says, ‘Today is not a good day.’ ”

At the same time, Janet said, “there are still fun things to do” such as Memory Cafe, a lunch group at Miller’s Ale House in Bel Air. Janet cherishes the friends she has made in her groups and says that “we all know it’s not good, but in the meantime, we might as well enjoy life.”

Rosemary Dehn, who leads the Alzheimer’s and dementia support group at St. Patrick, believes Janet’s approach is on target.

“Janet understands and demonstrates the wisdom of being kind to herself and taking time for self care while caring for her beloved Kevin,” Dehn said.

According to Janet, Kevin’s gentle and sweet personality is still the same, even though his cognition has changed. She has created a peaceful home for both of them and their white cat, “Paz,” who likes to lay with Kevin.

“I love the simple life we share,” she said.

Source: 2022 report by the Alzheimer’s Association 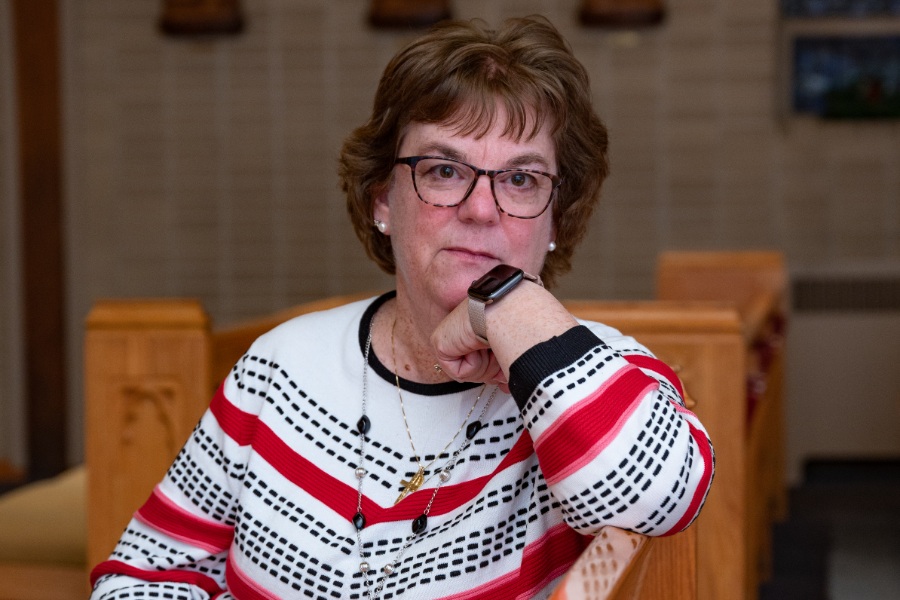 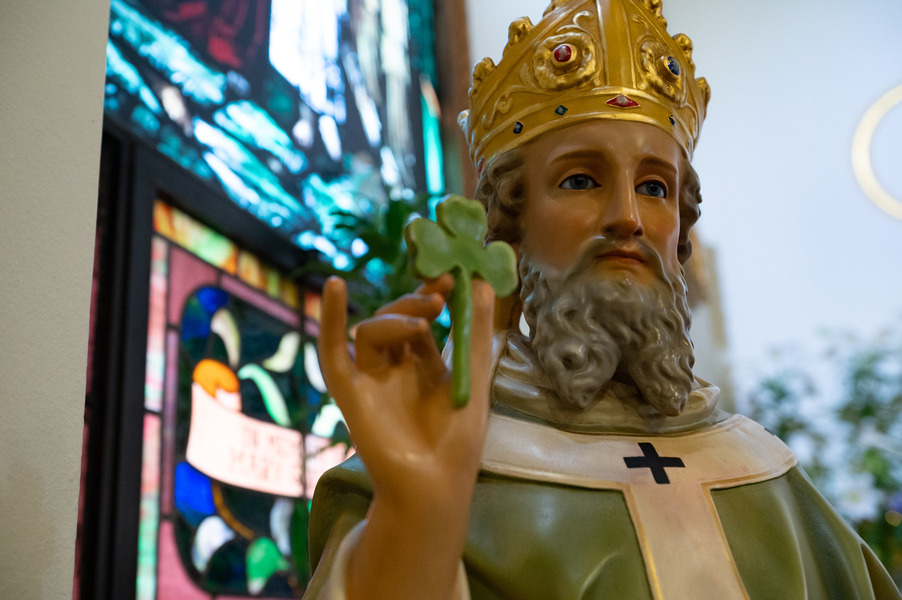 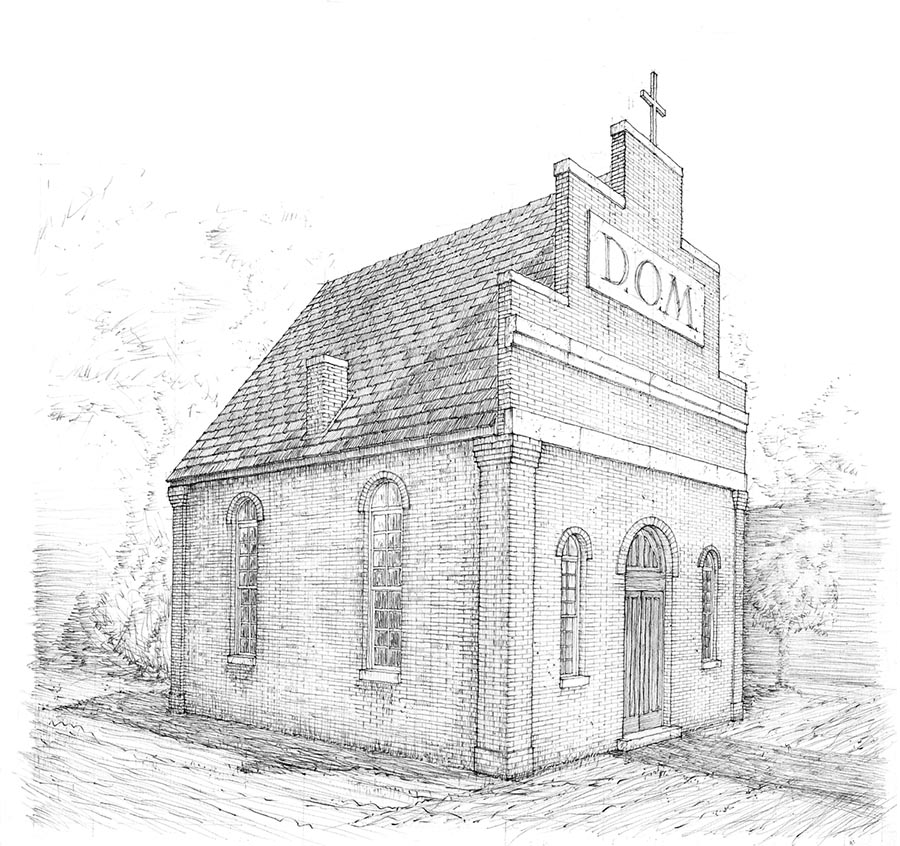 Robyn Barberry lives in Churchville with her husband and their four children. She is a parishioner of St. Joan of Arc in Aberdeen and has been writing for the Catholic Review since 2012.