The threat against the 57-year-old justice, who has been on the court since 2018, was first reported by The Washington Post and confirmed by a Supreme Court spokesperson.

Officers with the Montgomery County Police Department in Maryland arrested Nicholas John Roske, a 26-year-old from California who is said to have arrived by taxi just after 1 a.m. outside Kavanaugh’s home in Chevy Chase, a Washington suburb.

A criminal complaint and affidavit filed in federal court in Maryland said Roske had a Glock 17 pistol, ammunition, a knife, zip ties, pepper spray, duct tape and other items and told police he planned to break into Kavanaugh’s house and kill him and then planned to kill himself.

The Associated Press reported that Roske was upset by a leaked draft opinion suggesting the Supreme Court could overturn Roe v. Wade, the court’s 1973 decision which legalized abortion nationwide, in its highly anticipated ruling in an abortion case from Mississippi.

He also said he was upset about the school shooting in Uvalde, Texas, and thought Kavanaugh would vote to loosen gun control laws. The gun control comment is likely in reference to a current challenge awaiting a Supreme Court decision over New York’s permit requirement for carrying concealed guns.

Two U.S. Marshals — part of the security provided to the justices since the leak of the draft opinion in May — spotted Roske, but he was not apprehended until he called 911 saying he was having suicidal thoughts and planned to kill Kavanaugh, AP reported.

“This kind of behavior is obviously behavior we will not tolerate,” Attorney General Merrick Garland told reporters June 8. “Threats of violence and actual violence against the justices of course strike at the heart of our democracy and we will do everything we can to prevent them and to hold people who do them accountable.”

Protests at the Supreme Court and near homes at some of the court’s conservative justices started taking place after the May 2 leak of the opinion in Dobbs v. Jackson Women’s Health Organization, a case about Mississippi’s ban on abortions after 15 weeks of pregnancy with the potential to also overturn Roe.

The draft opinion, written by Justice Samuel Alito, said Roe “was egregiously wrong from the start” and that “Roe and Casey must be overruled.” Casey v. Planned Parenthood is the 1992 decision that affirmed Roe.

Following initial protests about the draft, Garland announced May 18 that he was increasing security at the homes of all of the justices. A security fence also surrounds the Supreme Court building and nearby streets have been closed.

Alito’s draft opinion said the court’s 1973 Roe decision had exceptionally weak reasoning “and the decision has had damaging consequences.”

“Far from bringing about a national settlement of the abortion issue, Roe and Casey have enflamed debate and deepened division,” he added.

Politico’s report on the draft said Alito’s opinion was supported by Justices Clarence Thomas, Neil Gorsuch, Kavanaugh and Amy Coney Barrett and that Justices Stephen Breyer, Sonia Sotomayor and Elena Kagan were working on dissents. It was not clear how Chief Justice John Roberts planned to vote.

A Homeland Security Department report said the draft opinion has unleashed a wave of threats against officials and others and increased the likelihood of extremist violence.

When President Donald Trump nominated Kavanaugh in July 2018 to fill the seat of retiring Supreme Court Justice Anthony Kennedy, many praised the judge’s qualifications and were pleased that the president had fulfilled his campaign promise to nominate a pro-life judge to the Supreme Court.

But the choice angered many Americans who felt Kavanaugh’s vote as a justice could potentially reverse Roe v. Wade.

Kavanaugh, who is Catholic, spoke about putting his faith in action during Senate confirmation hearings. He said he regularly served meals with Catholic Charities’ St. Maria’s Meals program in Washington and that talking to the people there helped him to understand their situation.

He also spoke about coaching his daughter’s CYO basketball team, and the players came in uniform to one of the hearings to show their support.

Protests about his nomination began the night he was announced as a potential replacement for Kennedy and continued until his October swearing in, intensifying during Senate confirmation hearings, particularly the hearing concerning Christine Blasey Ford’s allegations of a sexual assault by Kavanaugh when they were in high school, which he denied.

The Jesuits’ America magazine published an online editorial that fall saying that although it “previously endorsed the nomination of Judge Kavanaugh on the basis of his legal credentials,” it said his nomination should be withdrawn “in the best interests of the country.”

Other Catholic organizations urged support for Kavanaugh, including the Supreme Council of the Knights of Columbus and CatholicVote. 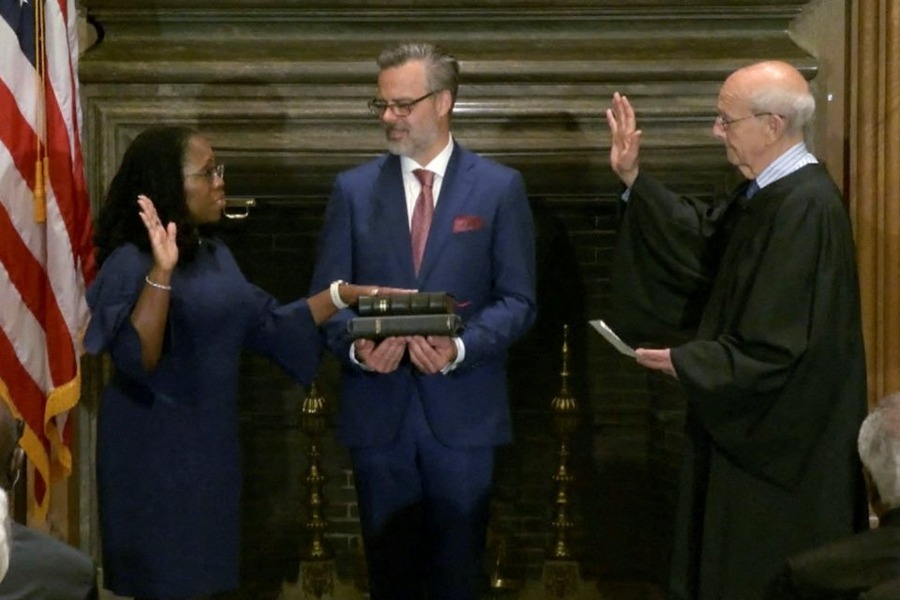 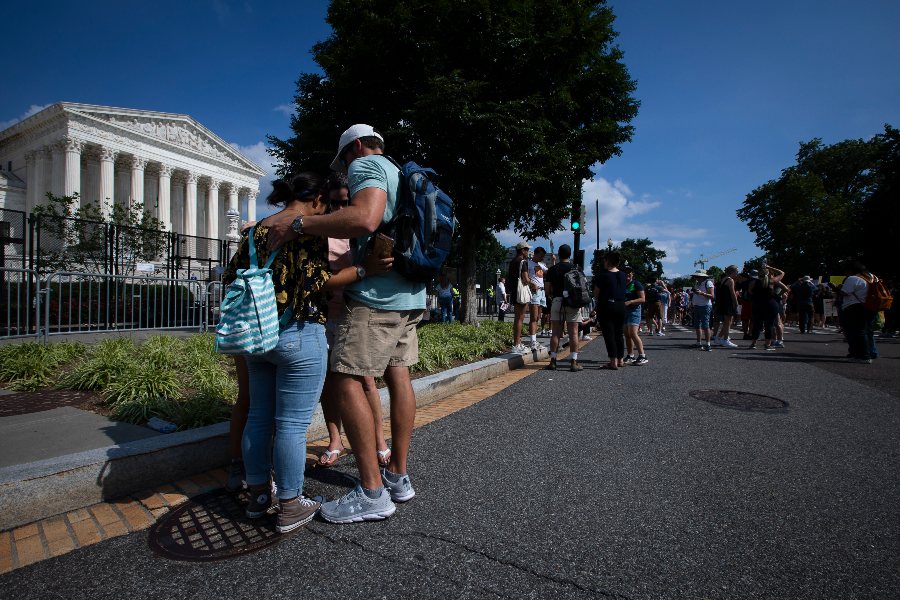 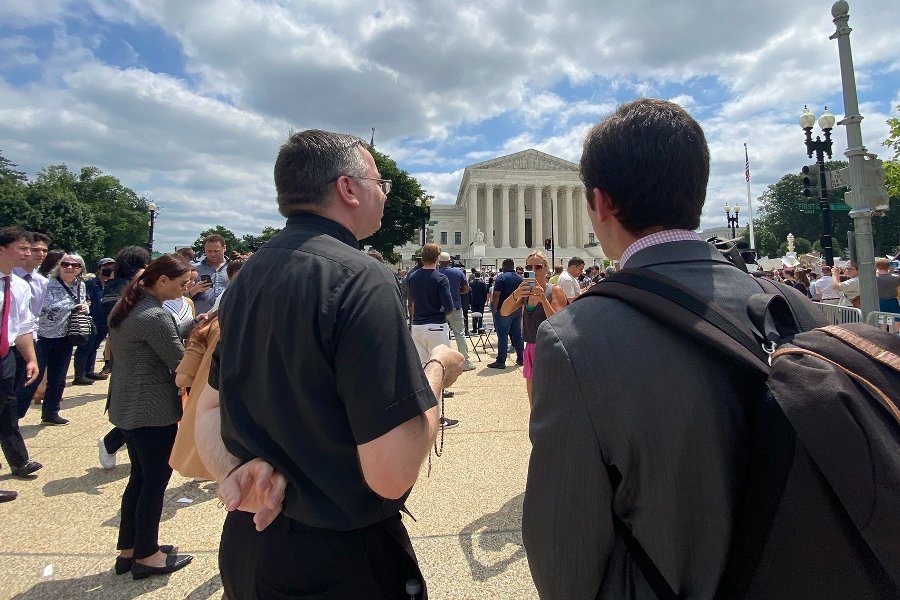 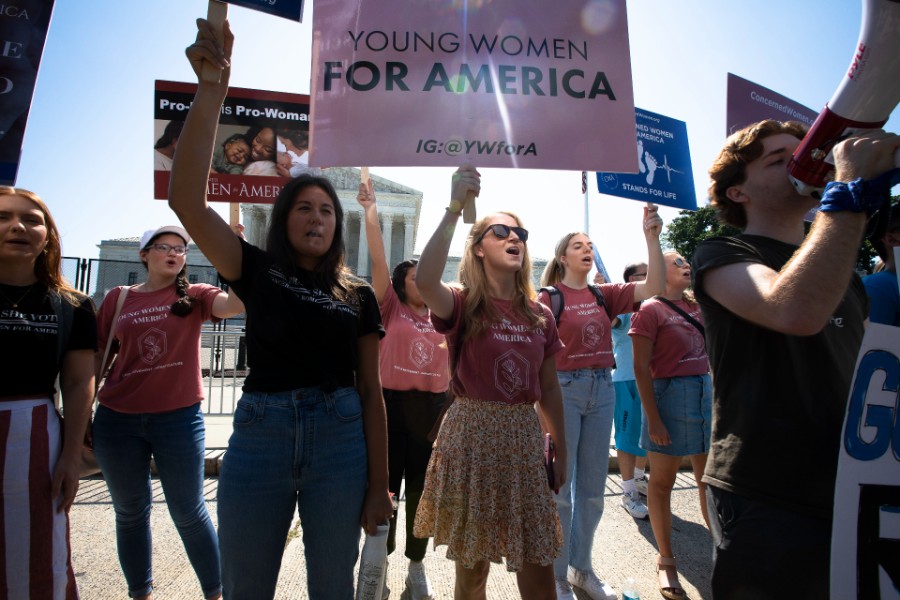