Mount St. Joseph coach Pat Clatchey danced to the delight of his players.

Winning never gets old for the veteran basketball coach and this victory in his 30th season with the Gaels was especially sweet.

After losing to St. Frances Academy twice in the regular season, the Gaels got a measure of revenge March 6 with a 66-56 victory in the 51st Baltimore Catholic League Tournament Championship at Loyola University Maryland’s Reitz Arena.

It was Clatchey’s eighth overall title in the BCL tournament.

“We told our guys: ‘We lost to them twice but we’re going to win when it matters the most,’ ” Clatchety said. “Today was a championship effort. We have a really good team. … I need a day off or two.”

Mount St. Joseph junior Amani Hansberry had 12 points and 21 rebounds and was named the tournament most valuable player. Sophomore Bryson Tucker had a game-high 22 points with four assists for the Gaels (31-5), who have won 12 straight games.

“The daily grind all year; come in after school, lock in for two hours, stay after and shoot a little bit. Plus we got homework, so it was a tough grind but I am glad we did it,” Hansberry said.

It was the 30th championship game in BCL history between the No. 1 and No. 2 seeds.

After trailing by 12 points at the half, the Panthers cut the lead to 37-28 on a pair of free throws by Bryce Lindsay. The Panthers were able to make a run partly because Mount St. Joseph guard Ace Valentine (10 points) had to leave the game after getting hit in the nose.

However, Valentine returned after a few minutes and was a spark. He converted a 3-pointer just after Austin Abrams also made a shot beyond the arc and the Gaels led 43-30. A jumper by Lindsay with 40 seconds left pulled St. Frances to 45-40 heading into the final quarter.

“When I came back in, the lead had closed a little bit,” Valentine said. “We had to pull it out. We worked hard and got out of here with the win.”

St. Frances forced a turnover on an inbound, and a layup by Carlton Carrington made it 58-54 with just over two minutes left. However, a layup by Abrams and a thunderous dunk by Tucker that electrified the crowd stopped the momentum.

From there, the Panthers were forced to foul and St. Joe put the game away.

“It’s a big deal,” Tucker said. “They beat us twice during the regular season. We just have to beat them when it matters.”

The Gaels missed their first five shots and trailed 9-2 after Johnson made a 3-pointer for the Panthers. However, Mount St. Joseph settled down and took their first lead, 12-11, on a layup by Valentine. A dunk by Hansberry gave the Gaels a 14-11 lead at the end of the first quarter.

“We just didn’t make enough shots,” said Panthers coach Nicholas Myles. “Of course, you want to win. But you can accept losing if you’re guys compete and give it all they got, and I think our guys did that.”

A layup by Lamothe ended a 12-0 run by Mount St. Joseph and the Panthers trailed 18-13 with 6:13 left in the half. A strong drive to the basket by Valentine extended Gaels lead to 24-15, forcing Myles to call a timeout.

A layup by Taion Robinson at the buzzer pulled St. Frances to within 29-17 at the break. St. Frances converted 8 of 26 field-goal attempts over the opening two quarters, while Mount St. Joseph shot 43.3 percent.

The Gaels outscored the Panthers 20-14 in the paint.

Cokey Robertson Most Improved Player of the Year Award 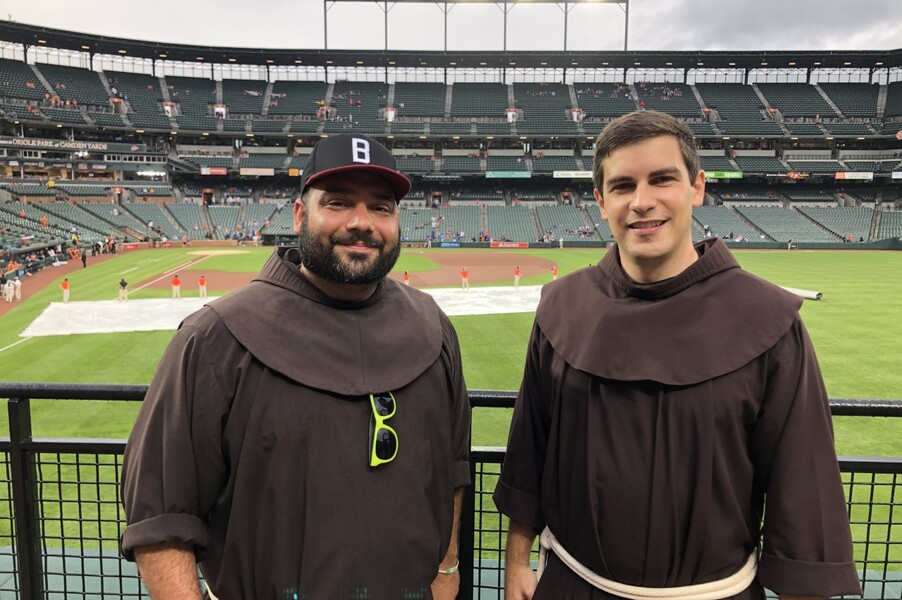