NEW YORK (CNS) — “Yellow Rose” (Sony) is meant to be an inspiring immigrant’s saga with a particular appeal to teen girls.

A scene of underage drinking nudges this into adult territory, but just barely, so it doesn’t necessarily preclude viewing by mature teens. There’s no endorsement of the behavior — it’s just something that sets up how Rose Garcia (Eva Noblezada), the heroine, comes to work in a Texas honky-tonk, where she hopes to launch a country music career.

There are gaps in logic and one unresolved plot hole large enough to accommodate a freight train. But the journey of a dream that refuses to die is compelling nonetheless.

Rose is an immigrant from the Philippines who lacks legal papers. She’s thus constantly under threat of arrest by Immigration and Customs Enforcement agents and, thereafter, deportation. There’s no greater horror here than loud door-thumping.

Writer-director Diane Paragas makes it clear that Rose, who’s on summer break between her junior and senior year of high school, has to create her own fate since the adults in her life are either incapable of protecting her or let her down at key moments.

This would normally be a good reason for bitterness. But Rose doesn’t function that way. She’s consistently moral and optimistic, even though her fledgling boyfriend, Elliot (Liam Booth), bar owner Jolene (Libby Villari) and country music star Dale Watson (playing himself) are limited in the extent to which they can shield and advise her.

Rose and her caring mother, Priscilla (Princess Punzalan), live on the outskirts of Austin, where Priscilla manages a motel. Rose is constantly scribbling lyrics and has a particular fondness for Patsy Cline records — establishing that, despite her age, she’s of the old school, hoping for a jukebox hit.

Elliot takes Rose to a concert even though Priscilla forbids it — to which Rose responds by screaming, “You’re ridiculously conservative!” Rose returns home to the frightening sight of ICE operatives taking her mother into custody. Priscilla later ends up in a detention facility.

Gail (Lea Salonga), a well-off aunt, sees Rose as nothing more than a risky burden. Jolene, who relies on undocumented labor to keep her dive going, provides her with shelter and a bartending job. Her singing attracts Dale’s attention, since he’s grown stale and needs inspiration.

The specter of arrest never goes away. “Are you scared?” Rose asks Jose (Gustavo Gomez), a dishwasher. “Yep. But you’ll get used to it,” he replies.

Paragas has constructed a kind and ethical world, sanding away the unpleasant realities of political contention, overt racism and the threat of sexual predation. She also avoids demonizing the government agents who are shown to be simply doing their jobs. The tale of a character finding her soul in music, moreover, while hardly novel, is a timeless one.

The film contains underage drinking and fleeting crude language. The Catholic News Service classification is A-III — adults. The Motion Picture Association rating is PG-13 — parents strongly cautioned. Some material may be inappropriate for children under 13. 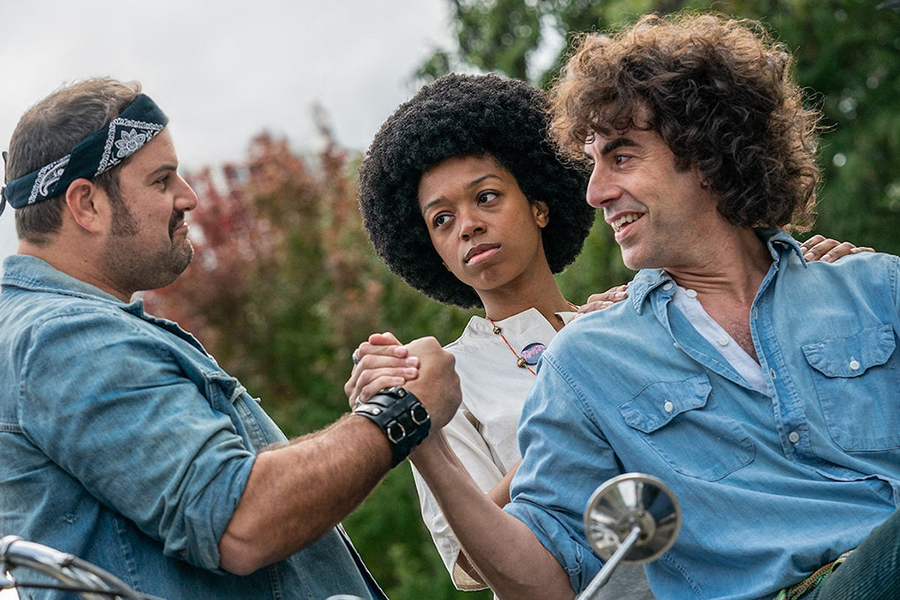 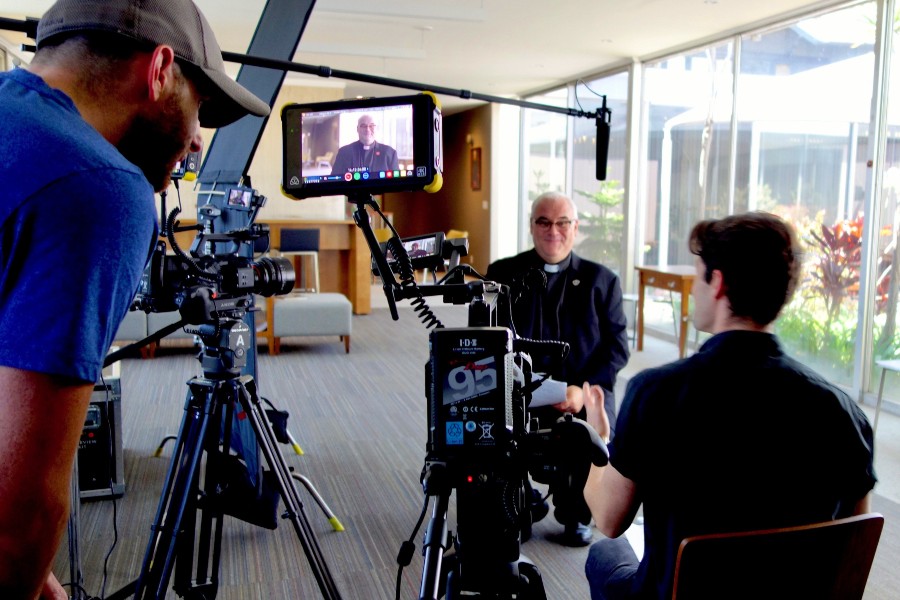 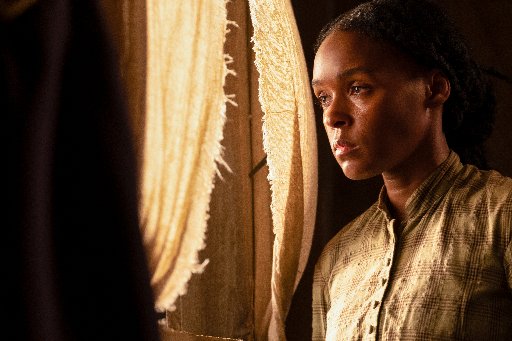 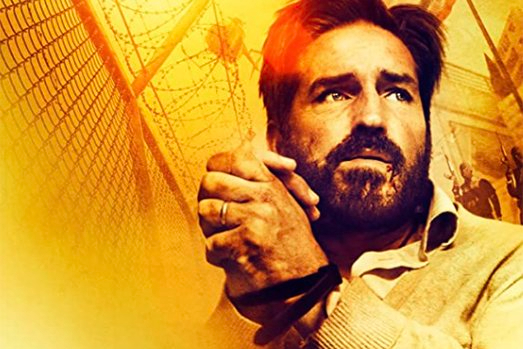 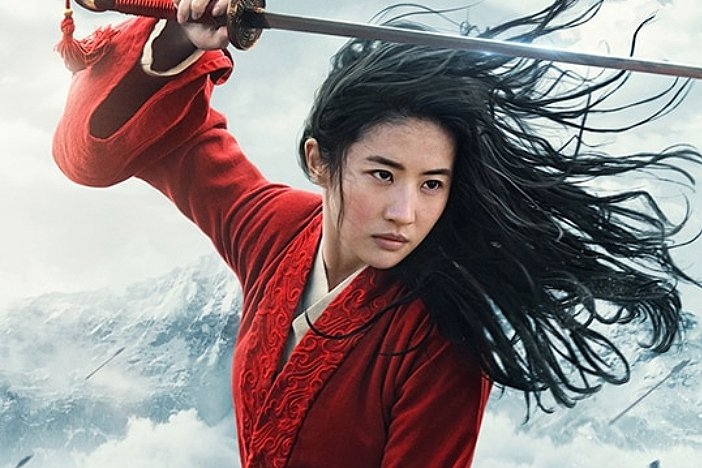 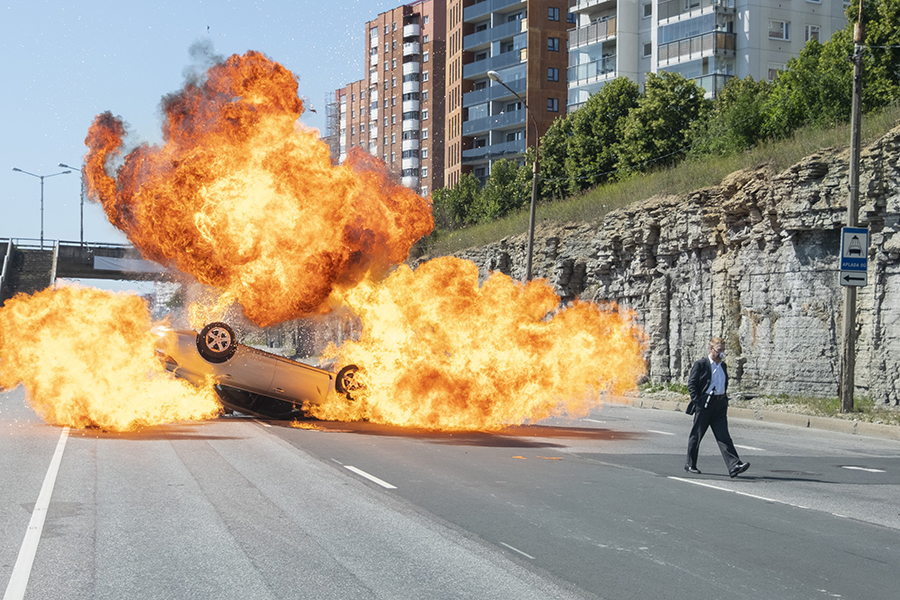