MONTEREY PARK, Calif. (OSV News) — “With the whole family of God here in the Archdiocese of Los Angeles, I am praying for the victims of this violence,” Los Angeles Archbishop José H. Gomez said in a statement following a mass shooting that left 10 people dead and at least 10 more wounded in Monterey Park, Calif., late Jan. 21.

Archbishop Gomez, who was already scheduled to celebrate Mass at 10 a.m. local time to mark the Lunar New Year at St. Bridget Chinese Catholic Church in LA’s Chinatown, added: “We pray for those killed and injured in this shooting; we ask that God stay close to their families and loved ones. We pray for the wounded to be healed, and we ask that God give strength and guidance to the doctors and nurses who are caring for them.”

A shooter fired into the crowd at a dance ballroom as guests celebrated on the eve of the Lunar New Year. The wounded were taken to local hospitals around the city, which is east of Los Angeles. Their condition ranged from “critical to serious,” said Capt. Andrew Meyer of the Los Angeles Sheriff’s Department.

He told reporters in a news briefing early Jan. 22 that it was too early in the investigation to know the motive of the shooter, who was found dead with an apparent self-inflicted gunshot wound after a stand-off with police in Torrance, Calif. The suspect was identified as 72-year-old Huu Can Tran.

According to data from the city’s website, the population of Monterey Park is 65.6 percent Asian. Festivities throughout the day drew thousands of people to the city neighborhood where the dance studio is located.

In his statement, the archbishop prayed for God to give “wisdom and prudence to law enforcement and public officials working to make sense of the violence and keep our communities safe.”

“We pray also for peace in our own hearts,” he said. “We pray that we might feel God’s love and know that he will deliver us from every evil.”

The archbishop concluded by asking for the intercession of Mary, the Blessed Mother, “to be a mother to us in this hour of pain and uncertainty.”

The mass shooting took place just a half mile from St. Stephen Martyr Catholic Church in Monterey Park. A parishioner involved in the parish, who asked not to be identified, told OSV News the morning of Jan. 22 that the parish community “woke up to the news and is still pulling everything together and getting information from the police.” She confirmed the parish still planned to continue to celebrate Mass according to its regular Sunday schedule as the pastor “thinks it is important [for Mass] to continue” following this horrible event.

President Joe Biden was informed of the shooting, White House press secretary Karine Jean-Pierre said in a tweet: “The President has been briefed by the Homeland Security Advisor on the mass shooting in Monterey Park. He directed her to make sure that the FBI is providing full support to local authorities, and to update him regularly today as more details are known.” 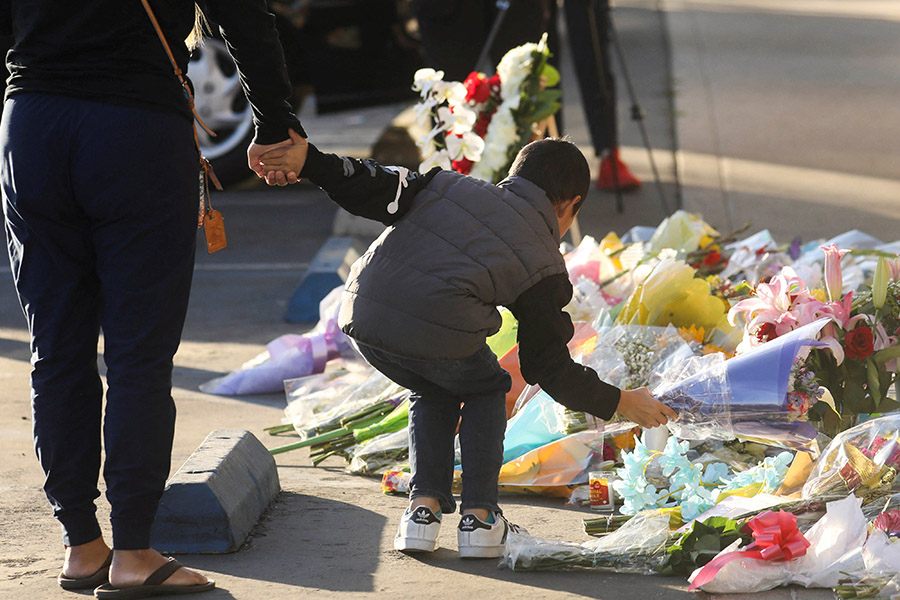 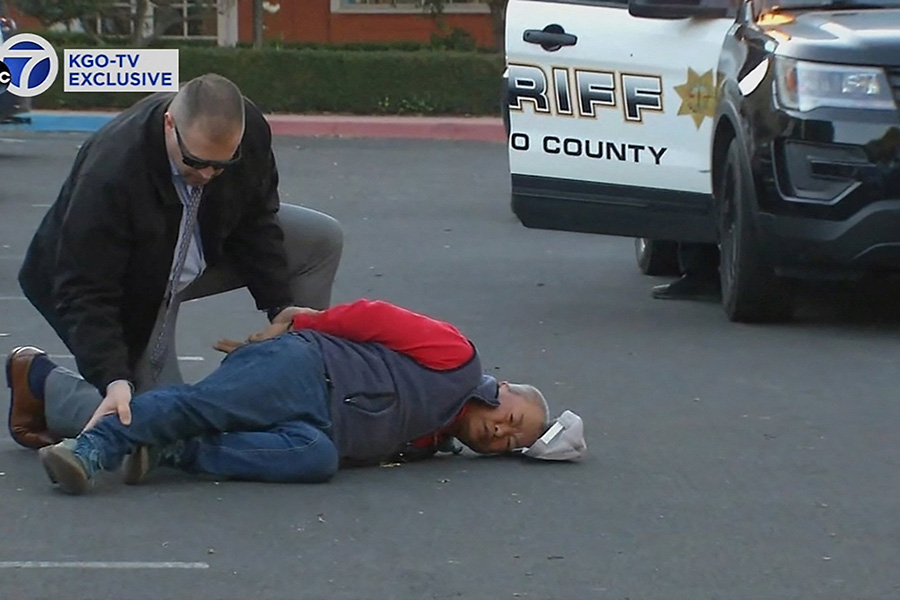 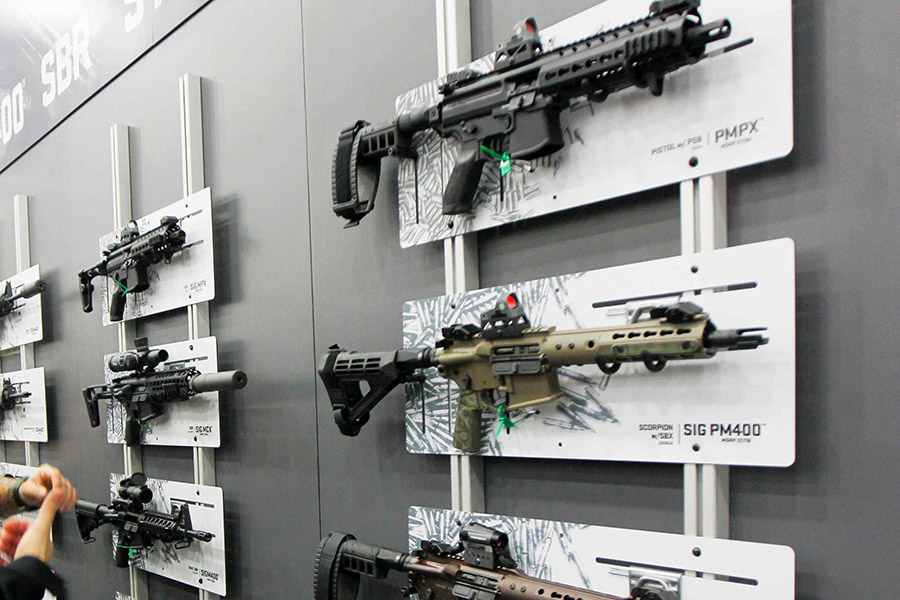 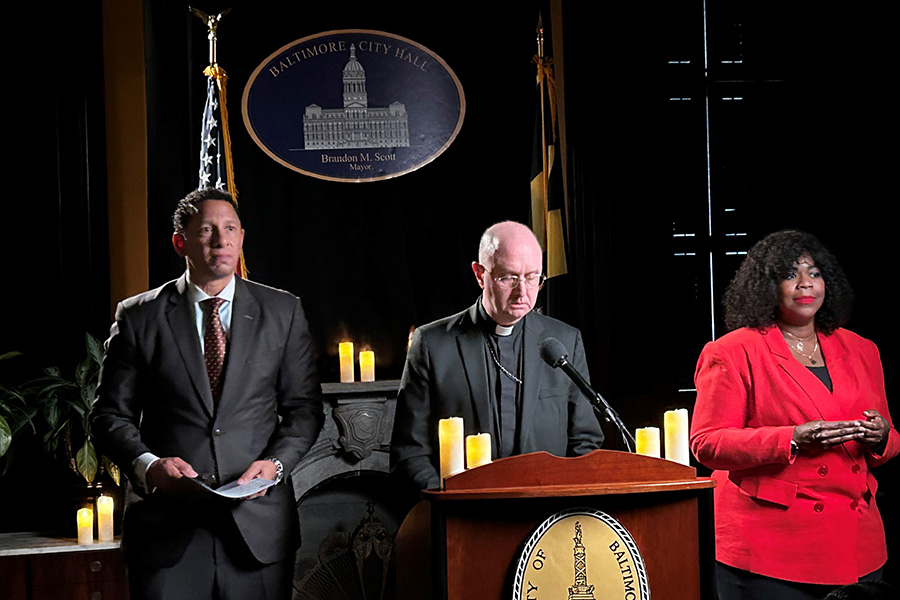 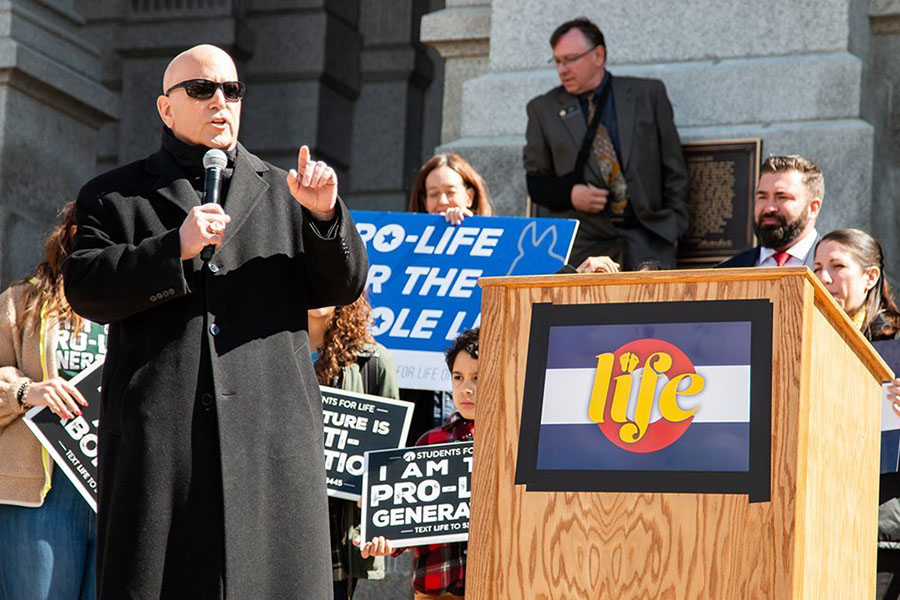 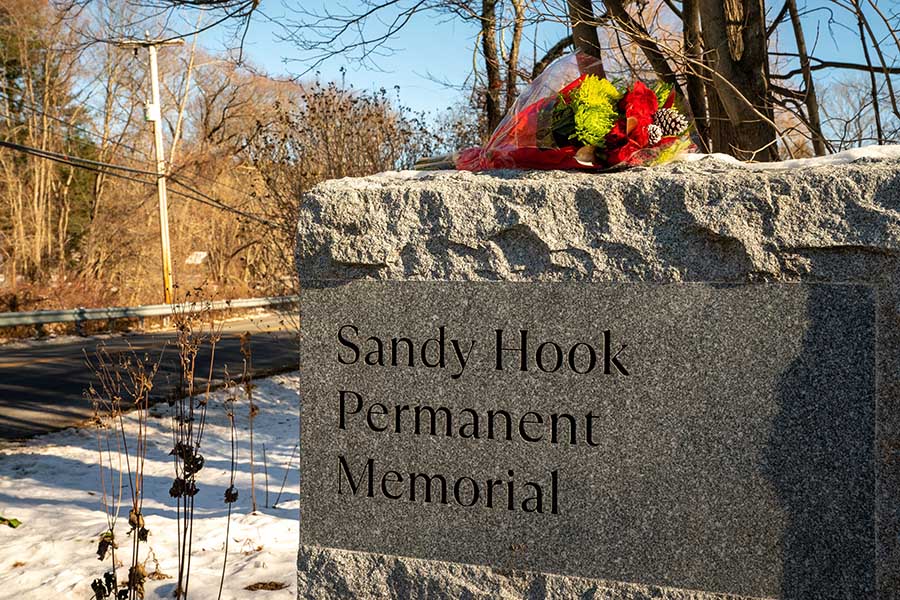