Oblate Sister of Providence Mary Reginald Gerdes, a tireless and fearless advocate of St. Frances Academy and the surrounding Baltimore neighborhood of Johnston Square, died Sept. 7 at her religious community’s motherhouse in Arbutus. She was 88.

In the 1970s and 1980s, Sister Reginald served as St. Frances Academy’s principal, overseeing a large-scale renovation of the historic campus. Dubbed “Restoration Plus,” the ambitious project envisioned the historic school, which opened in 1828, as the anchor of the long-struggling community. Friends said her work would inspire future expansions of the school, which would include a new gymnasium and a community center.

“I would certainly say that she was a visionary,” said Sister Rita Michelle Proctor, superior general of the Oblate Sisters of Providence. “And you know, as with all visionaries, she knew to surround herself with people who could get the work done.”

Sister Reginald knew she needed the help of Baltimore City to achieve her vision, so she went straight to the top — then-Mayor William Donald Schaefer.

“She came in to run that school there, St. Frances, and she had a lot of plans, and so some of them involved the city of Baltimore, and so she made it her business to be the friend of William Schaefer,” said longtime friend and City Councilwoman Mary Pat Clarke. “And you just couldn’t say no to Sister Reginald. So it wasn’t surprising that those two tough people became good friends.”

Occasionally, Schaefer would have lunch with the Oblates at their East Baltimore convent and the mayor even spoke at one of Sister Reginald’s anniversaries of becoming a nun.

Sister Reginald reached out to Clarke, whose district included Johnson Square at the time, to help with the “Restoration Plus” project.

“At first, I was pretty intimidated by her,” Clarke said. “But it didn’t take me long to realize all the many facets of her personality and how committed she was to the community, the community of Oblates and the community of Johnson Square. That was her world and she made it a great world for young people.”

Under Sister Reginald’s leadership, St. Frances transitioned from an all-girls school to a co-ed institution all while working to strengthen Johnston Square, one of the poorest neighborhoods in Baltimore.

But Sister Reginald’s devotion to the school and to Johnston Square spanned several decades before and after her tenure as principal.

Before leading the school, Sister Reginald was a teacher at St. Frances Academy who was known as someone who could bring a classroom to order with just one glance, her former students said.

“She certainly had the command of the students. And she was a very good educator,” Sister Rita Michelle said. But she said Sister Reginald had a lighter side and would play basketball with her students after classes.

Ralph Moore, a community activist, remembers working closely with Sister Reginald on housing issues in the late 1970s. He said Sister Reginald’s reputation for no-nonsense extended beyond the classroom and into the neighborhood.

“Sister Reginald was larger than life in some ways. She wasn’t afraid to deal with the tough guys in the neighborhood if they were making too much noise or they were somehow being disruptive,” Moore said.

Sister Rita Michelle and Moore said Sister Reginald’s friendships with Schaefer and other city leaders such as Clarke helped give St. Frances and Johnston Square much-needed support from the city and the state.

“She had a way of asking and telling at the same time,” Moore said with a chuckle. “Nuns have a way of getting you to do stuff that you may not even want to do.”

Clarke joked that Sister Reginald “took no prisoners, especially when it came to elected officials,” but they remained friends long after Sister Mary Reginald’s stint as principal, exchanging cards and letters.

Sister Reginald later became the archivist for the Oblate Sisters of Providence, working to document the order’s oral traditions and ensure the accuracy of the order’s history.

Sister Reginald, who also wrote Africentric columns for the Catholic Review, never really retired, she just shifted gears, Sister Rita Michelle said. Sister Reginald learned how to make jewelry later in life and sold her work to benefit her religious community. After moving to the order’s motherhouse in Arbutus, she remained devoted to Johnston Square, working as a tutor for neighborhood children.

A private funeral and burial will be held Sept. 15.

She is survived by her brother Louis Gerdes and sisters, Iris Billinger, Barbara Moore and Joyce Joseph. 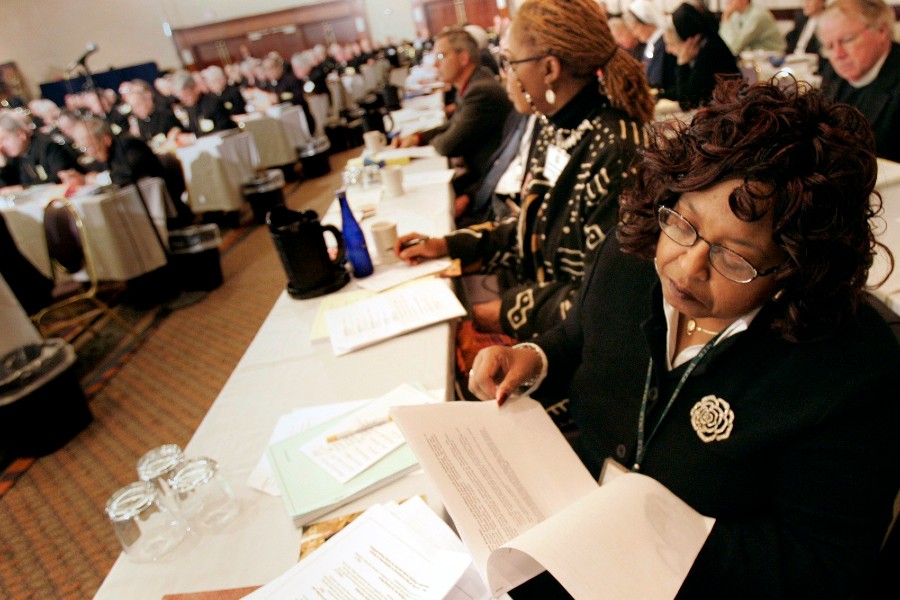 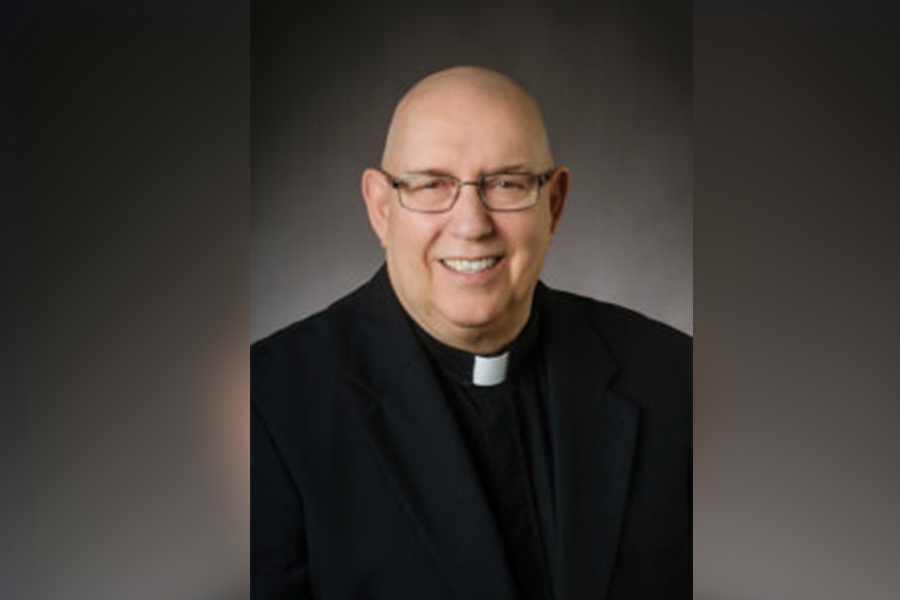 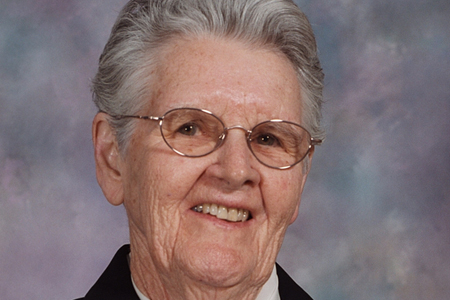 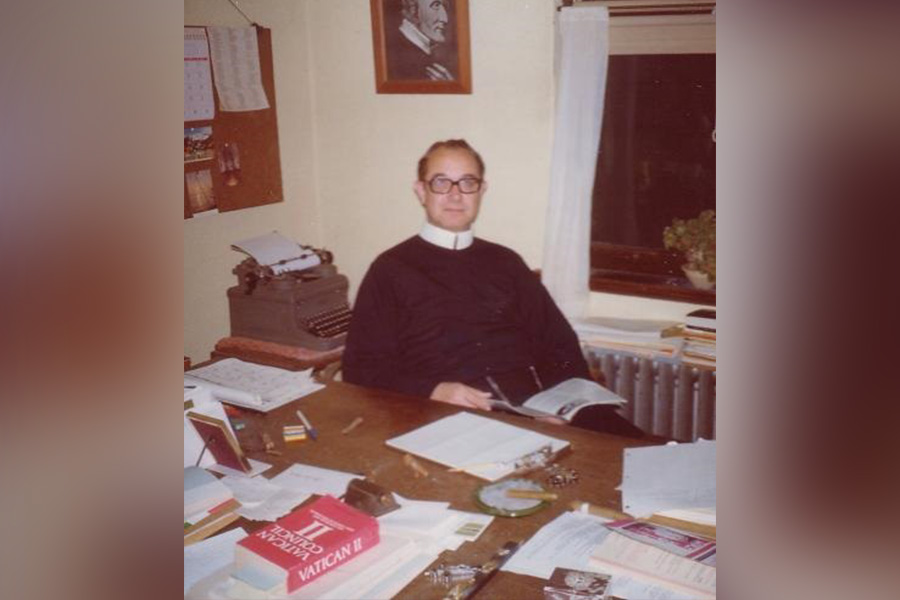 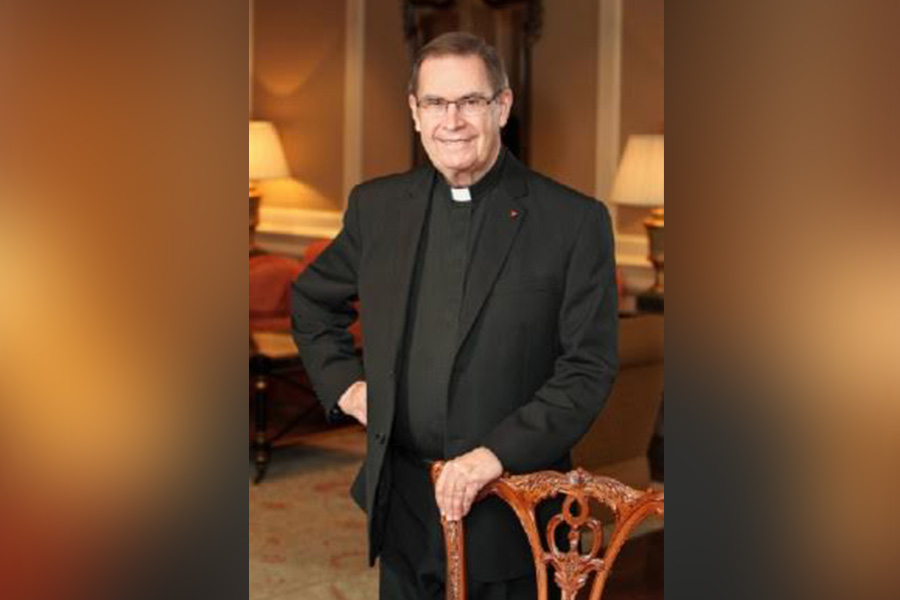 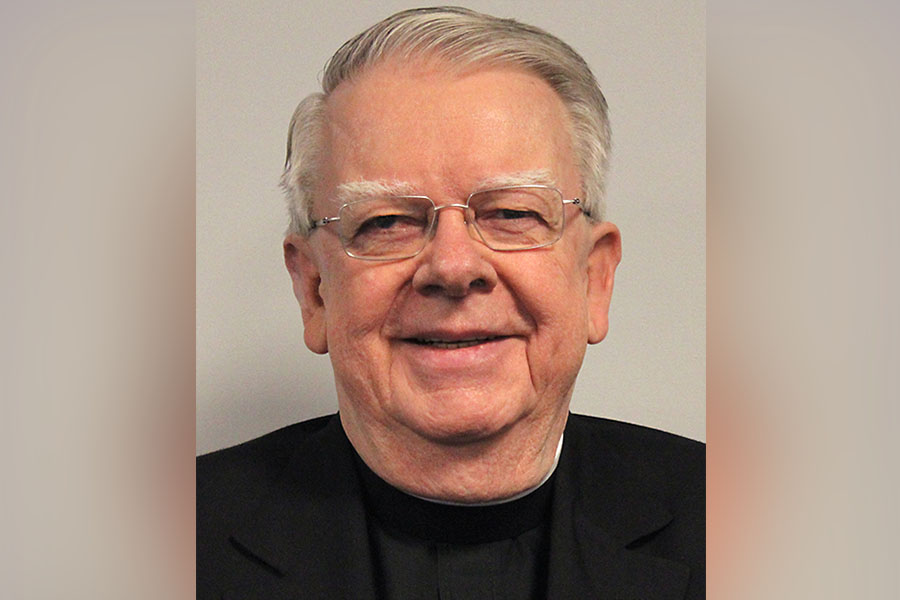 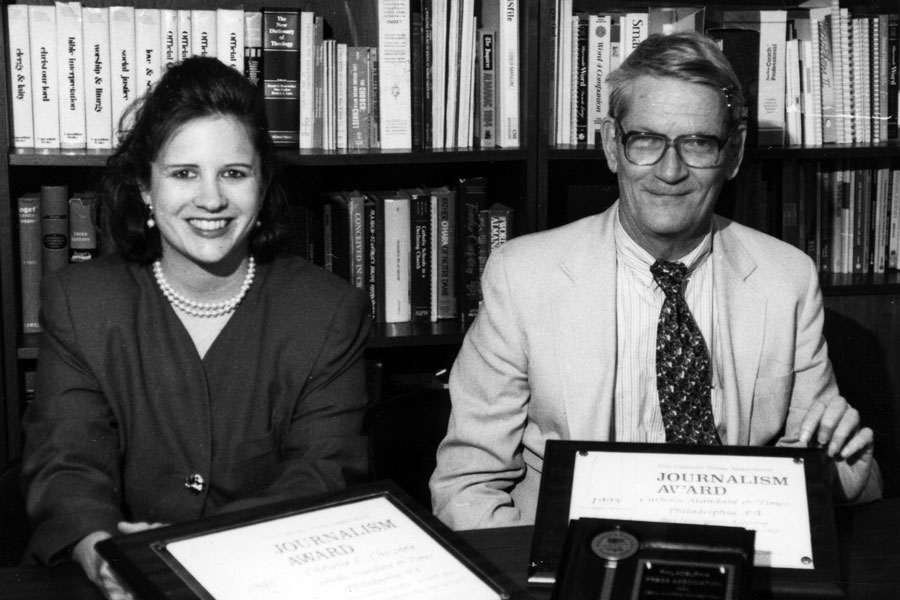 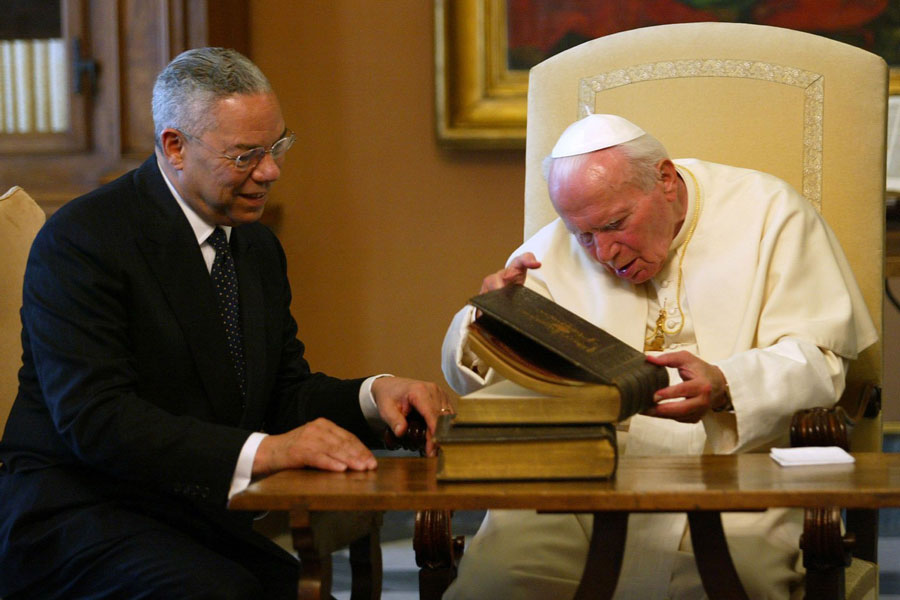 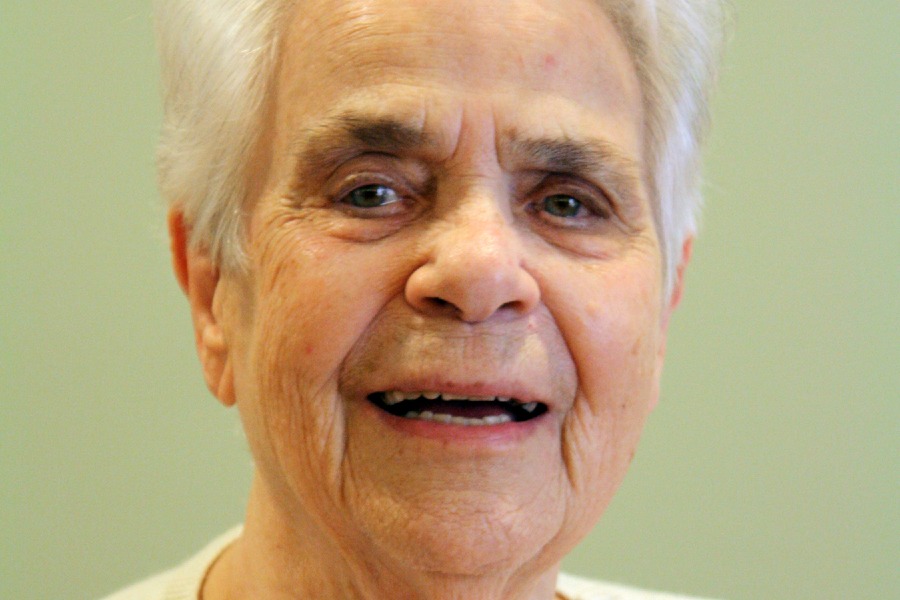 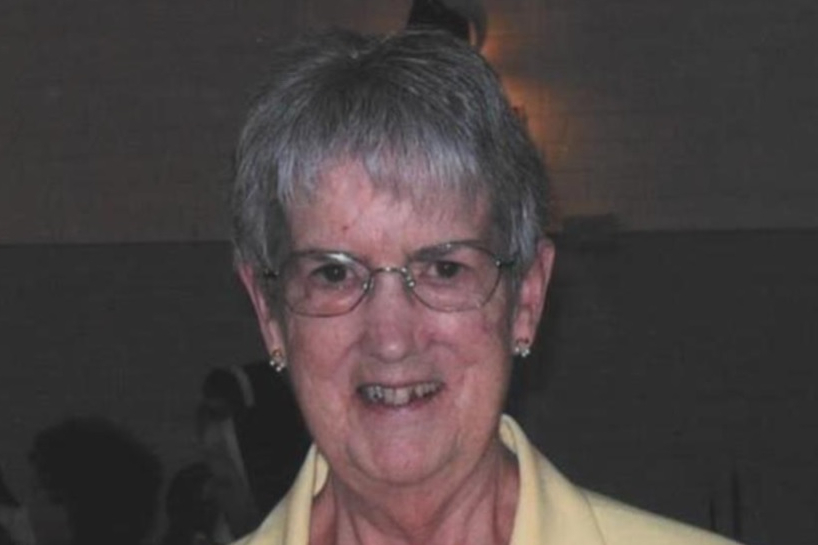 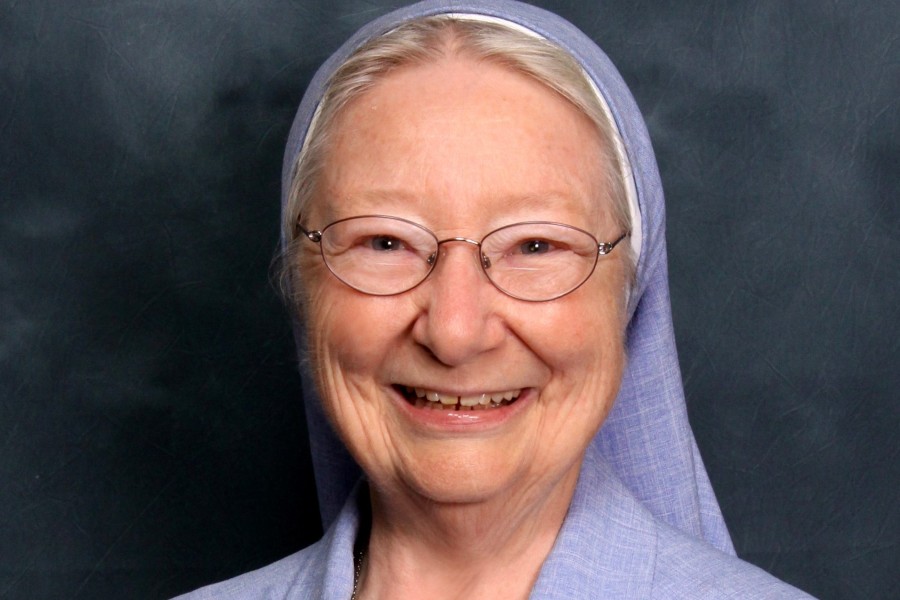