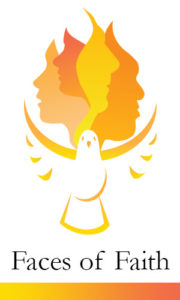 When Melanie Cabo returned to her hometown of Baltimore approximately a year ago after living in Houston since childhood, the soft-spoken teen struggled with feelings of sadness. She didn’t have friends in Maryland, and she was dismayed by the death of a beloved uncle.

A Redemptorist priest at her home parish of Sacred Heart of Jesus-Sagrado Corazón de Jesús in Highlandtown gave her spiritual support.

“He told me to never give up hope because if you give up hope, you will never succeed in overcoming this challenge,” said Cabo, a 15-year-old bilingual Baltimore resident whose mother is Honduran and father is Cuban.

The priest encouraged Cabo to pray with a sense of expectancy. She might not notice changes right away, he said, but change would come.

Cabo took the advice, praying faithfully every night. She began to feel God’s presence in her life in a new way, she said.

“Whenever you feel down or if you feel like you don’t have anyone, you always have God,” she said. “He’s there for you.”

Cabo believes God has made his presence felt in a special way in the school she attends.

Initially enrolled in a public school upon arriving in Baltimore, Cabo longed to attend a Catholic school where she could grow in her faith.

As a volunteer who gives tours and assists at Baltimore’s Reginald F. Lewis Museum of Maryland African American History and Culture, Cabo was attracted to St. Frances Academy, the historic East Baltimore school founded in 1828 by Mother Mary Lange to serve African-American children.

Marc Boles, vice principal of the school, remembers interviewing Cabo and being bowled over by her sincere devotion to her faith.

“She was one of the only students I’ve ever interviewed who was asking me about the religion classes,” Boles remembered with a smile. “She was asking questions about whether we offered Mass. She really gravitated to the school and the school’s mission.”

Because there was not financial aid available to allow Cabo to attend the school, Cabo was not admitted. Boles noted, however, that just as Mother Lange trusted in Divine Providence to provide what was needed, so did Cabo and the school’s administrators.

“Someone dropped out,” he said, “and we had that scholarship money and we were able to transfer it in the nick of time to get her here (for the 2017-18 school year). Everything happens for a reason in God’s way. She’s supposed to be here. She really special.”

Cabo said she has great respect for Mother Lange, who also founded the Baltimore-based Oblate Sisters of Providence, the first religious community for women of African descent.

“She was really inspiring,” Cabo said. “It’s amazing how far things have progressed.”

At St. Frances, Cabo has assisted with a canned food drive aiding the city’s homeless. The sophomore informally tutors students and has served as a lector for school Masses. She is known as the “go-to” person whenever something needs to be done, Boles said.

Cabo counts many St. Frances students among her friends and loves being able to discuss her faith with them.

“It’s really important,” she said, “because if you’re having trouble with something, we can help each other out.”

Cabo believes God is good and cares for his flock.

“He can turn struggles into a new outcome,” she said. “You have to trust in him. He will never fail you.”