The other night we thought our little league game might be rained out, but we managed to get a few innings in before the coaches called it a night. The sky was getting really dark when our 8-year-old stepped onto the mound to start pitching.

It can be a little nerve-wracking watching your child pitch, but I didn’t even have a chance to get nervous. He swiftly struck three batters out, one after another.

It was a fast inning, and we all got to our cars and were on our way before the skies opened and the rain started to fall.

Even though it has rained so much this season, I still prefer baseball to soccer. 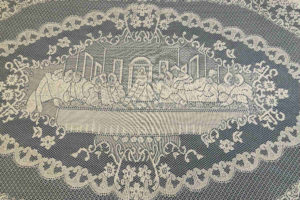 For Daniel’s First Communion party, I used the Last Supper tablecloth that his godfather (my younger brother) and his wife gave to John and me before we had children. Through a complicated story that might not fit in a quick take, we ended up without the giant sub I had ordered. But we had plenty of food nonetheless, and we enjoyed a glorious cake made by Daniel’s godmother, at his request.

Normally when someone says, “What can I bring?” you don’t say, “How about the First Communion cake?” But Daniel wanted her to make it, and it was his day—and she is so very kind and generous and creative that she happily did it. All week he has been talking about “my cake.”

Do you hear Laurel or Yanny? Each member of our family hears something different. I hear “yammy,” which is the correct answer, but we also have “yanny,” “laurel,” and “year-ee.”  I liked what The New York Times did to make it possible for you to hear it in different ways here. 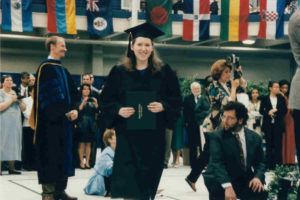 It is commencement season, and I’ve been thinking about my own college graduation 20 years ago. Twenty years! Where does that time go? I remember being nervous as I was graduating, wondering what the future would bring. I didn’t want college to end. I felt so comfortable there, and I didn’t want to leave my friends.

I didn’t have a job lined up when I graduated, so after commencement I went to Rome with a friend, and we connected with other friends who were traveling in Europe at the time. It seemed like this wild and crazy thing to do—flying to Rome without a plan for the future—but I’ve always been so happy I went while I had the time and the energy and a friend’s free apartment to stay in there, if not the money to eat much more than bread and cheese and a little prosciutto.

Then I came back and landed a job that summer. And everything was fine—and maybe better than fine because I had taken the time to explore Rome. 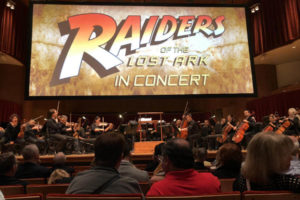 Last weekend my father invited Leo and me to join him to see Raiders of the Lost Ark with the Baltimore Symphony Orchestra at the Meyerhoff.

It was filmed in 1981, but I had never seen it. I feel pop culturally so far behind that it’s almost not worth trying to catch up.

But it was quite an experience, and our 10-year-old assured me that it wasn’t that scary. 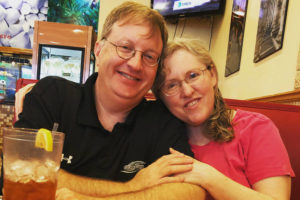 Mother’s Day was as wonderful as I knew it would be. I started Mother’s Day the way I typically do, reminding my family that I was not planning to cook that day. And I didn’t. They took me out to lunch, where our 8-year-old took a picture of my husband and me, and then my sister Treasa invited us and my parents to dinner.

Then as I was unpacking the boys’ backpacks on Monday morning, minutes before they had to leave for school, I discovered a note Daniel had made for me in second grade. He had written that I am very good at dishes, and that if he could buy me anything it would be fly swatters.

“Mom, I don’t want to offend you,” he said, “but I think you have too many fly swatters.”

I don’t know about that. But I do have too many dishes to wash. 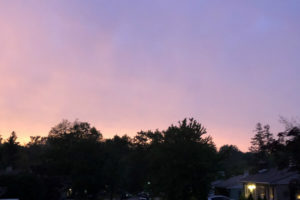 This has been an extremely busy week, and as I look back on it, I can’t remember making more than one home-cooked dinner. That’s usually a sign of a very busy week.

But I did manage to switch cell phone providers without having to change my number. It only took about six phone calls and two visits to the store.

You can find more quick takes at Kelly’s blog, This Ain’t the Lyceum, and have a wonderful weekend!