We are at this magical age where we can play family board games with a fair amount of success.

We have been playing games as a family for years, starting with simpler games like Zingo and moving on to Uncle Wiggly and Sorry. But now that our sons are 9 and 11, we can play harder games, and the most challenging part is deciding which one to play.

I loved when our children were little—truly, I cherish those memories. But their current ages are just so much fun. 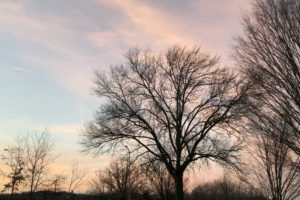 Last weekend when I heard it at Mass, it struck me in an entirely new way. When we came to the line, “…one and the same Spirit produces all of these, distributing them individually to each person as he wishes,” I had a sudden thought.

I’m not sure that’s the point of the reading—in fact, I’m fairly sure it’s not—but when life is busy and you are trying to be many things to the people in your world, it’s comforting to know that maybe you just have a few gifts that you are really expected to use.

When you’re off on Monday, you always think the four-day work/school week will go quickly. But statistics show that four-day weeks don’t just feel longer—they actually are longer than five-day weeks.

Naturally, that’s not true. But I bet I could do an informal poll and get those results. 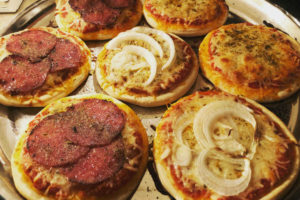 Last weekend we thought we might be stuck in the house during an ice storm, so I filled the fridge with food.

The ice never really came, but the food all got eaten anyway. I’m never sure where it goes, but there’s something about bad weather that inspires people to eat.

By the time the work-and-school week started, somehow there wasn’t much food left in the house. We are now limping to the end of the week, but we will get there. Somehow…we…will…make…it. 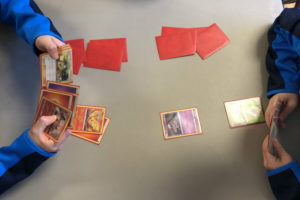 Because we didn’t get iced in, we went to a Pokemon pre-release tournament on Sunday. I don’t really understand the nuances of Pokemon, but our boys speak the language. They tore through their newly released Pokemon cards, and then they competed in three battles.

For the last one, they faced off against each other. I very carefully didn’t root for either one of them. I just rooted quietly for them to be content with the outcome. It all turned out well, and we went peacefully home at the end. Everyone is still speaking to one another. Sounds like a victory to me. 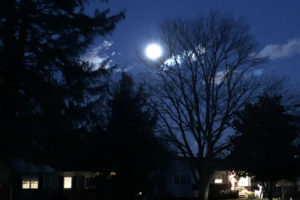 My half-birthday is this weekend. I don’t expect you to celebrate it—and I won’t be celebrating it myself, in fact. But I did enjoy that I got a 50-percent-off coupon from one of my favorite stores in honor of my half-birthday.

My half-birthday is the day before my brother’s half-birthday, so if you add them up, we have a full birthday to celebrate. Somehow, though, we’ll probably send a few texts and sit back and wait until our whole birthdays in July.

On these bitterly cold days, I’m starting to look forward to July—though I’m not eager to rush time. 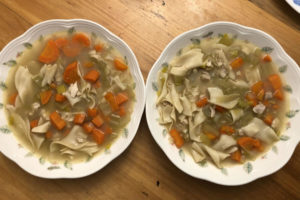 One of my colleagues is always cooking soup and posting photos on Facebook. The other day I saw she had made homemade soup. I clicked like and commented, and the next thing I knew, she was offering to give me soup.

I said yes so quickly. I picked up the soup from her office this week, carried it to my car, heated it up for my soup-loving sons, who gave it an enthusiastic two spoons up. They loved that a friend sent us soup.

Maybe I should fill the container with homemade soup before I return it and we could have a soup exchange. Or maybe we’ll just fill it with cookies.

Read more quick takes at Kelly’s blog, This Ain’t the Lyceum, and have a wonderful weekend. We’ll be saying goodbye to a friend at his funeral on Saturday. Please join me in praying for his family and all the people who love him.