Editor’s note: Five men were to be ordained to the priesthood for the Archdiocese of Baltimore June 20, a rite which was pushed back to Aug. 22 by the coronavirus pandemic. This is the first of five separate profiles of the men, which will appear once a week on CatholicReview.org.

In addition to the Holy Trinity, Deacon Zachary Crowley’s life has been shaped by another trio, men who answer to “father”: the man who raised him, and, after he was gone, two priests who displayed, in their candor and encouragement, that their path was also the one for him.

One of five men who will be ordained to the priesthood for the Archdiocese of Baltimore Aug. 22, Deacon Crowley has come a great distance from the teen who was adrift when the decade began.

His junior year at Fallston High School was undone by tragedy, the unexpected physical and mental deterioration of his father, Walter, after gastric bypass surgery went wrong.

“I was devastated,” said Deacon Crowley, who was 16 when his father died. “He taught me how to be a man. He wasn’t perfect, but he provided for his family.”

Deacon Crowley was a sharp enough student at the University of Maryland, but his partying got out of hand. Of his upbringing, he said, “I had all my sacraments, but church was not a big part of my life” – until he set foot in the Catholic Student Center in College Park.

At the start of his fourth semester of college, Deacon Crowley found Father Rob Walsh, chaplain. He had questions; the priest had answers.

“He was relatable, and brutally honest,” Deacon Crowley said. “After he got to know me, Father Rob said, ‘God’s not a part of your life. You need to go to Mass, take the sacraments, eucharistic adoration.’ I asked him, ‘What’s that?’”

On the archdiocesan Vocations website, Deacon Crowley lists his favorite Scripture passage as Philippians 2:6-11, “pure poetry,” he said, which includes: “that at the name of Jesus every knee should bend.”

John’s Chapter 9, however, when Jesus heals the blind man, is right up there. It was the Gospel reading March 27, 2011, the Third Sunday of Lent, and brought an immediate and lasting impact on Deacon Crowley.

“I didn’t hear his (Father Walsh’s) sermon,” he said. “I went inside (myself). I heard a voice that told me, ‘You should become a priest.’ I wanted to make sure that I wasn’t crazy, but I did hear it. I went to Father Rob, who said, ‘Let’s pray on it.’”

Father Walsh, now the pastor of Our Lady of Lourdes in Bethesda, remembers telling Deacon Crowley to take it slow.

“Let’s take it one step at a time, let’s get you back on the road to being faithful first,” the priest recalled. “He did, through years of trial and error and through difficult moments. I’m amazed these kinds of things happen … the world offers so much instant gratification, and it’s tough to combat that.”

After completing his undergraduate degree in three years and giving a year to AmeriCorps, which had him serve at a charter school in Washington, D.C., Deacon Crowley became a seminarian for the archdiocese in 2013.

In the interim, his discernment had included his then-pastor of St. Mark in Fallston, Father Gerard Francik, who pumped the brakes for a young man who showed up out of the blue at weekday Mass and shared his desire to become a priest.

“You could see in his eyes the fervor he had for the faith,” said Father Francik, who had been archdiocesan vocations director from 2000 to 2010. “You want to make sure it’s going to be lasting. He had been away (from the church) for a while, but I wanted to do everything possible to affirm him and encourage him.”

The St. Mark rectory turned into a home away from home, and Father Francik, Deacon Crowley said, became “like a second father.” For his part, no task became too large or small for the seminarian, who, Father Francik said, “loved investing in his home parish.”

“It was easy for him to talk to people in our youth group or young adults because he had been where they were,” Father Francik said. “One summer, he asked, ‘What do you need help with?’ I said, ‘Honestly, I need the (rectory) basement waterproofed.’ He went down there and did it.”

Deacon Crowley’s first assignment will be as an associate pastor of St. Louis, Clarksville, and St. Francis of Assisi, Fulton. Wherever his ministry takes him, he will lean on the most vital lesson he learned at St. Mary’s Seminary in Baltimore.

“You need to be kind to people,” Deacon Crowley said. “A priest has to come off as relatable. The days are gone where people will listen to a priest and view him as someone with authority just because he is a priest. If you come off as cruel, judgmental, harsh, legalistic or unrelatable, people today will just write you off.

“If you meet them where they are, if you seek to understand them and their perspectives, and don’t assume that they care what you think, then maybe, you might actually win over some people.”

Listen to a radio interview with Zack Crowley by clicking play below.

FAMILY: Son of Michele and the late Walter Crowley; one brother, Jacob. 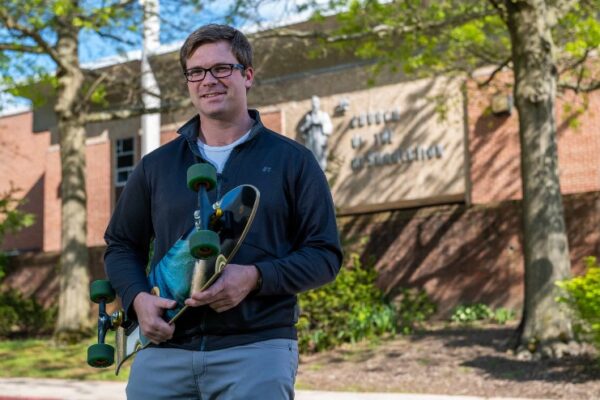 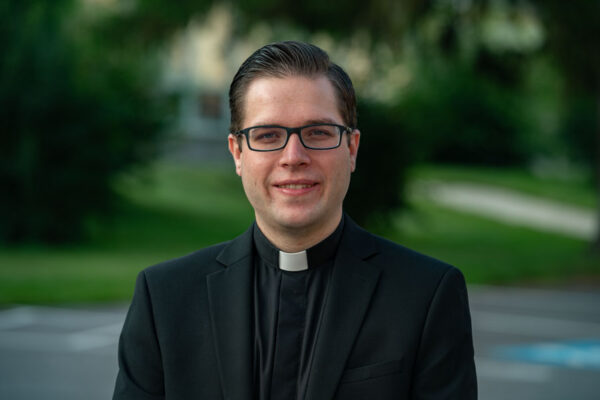 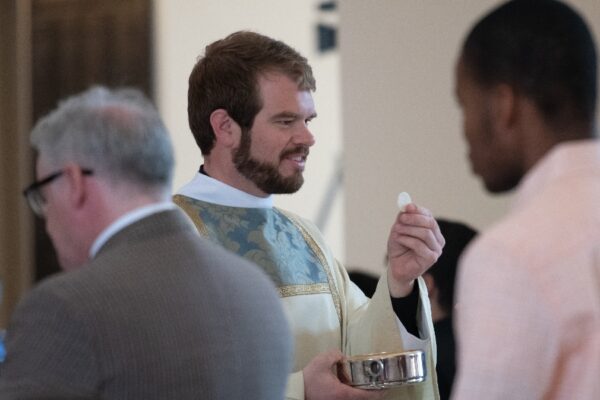 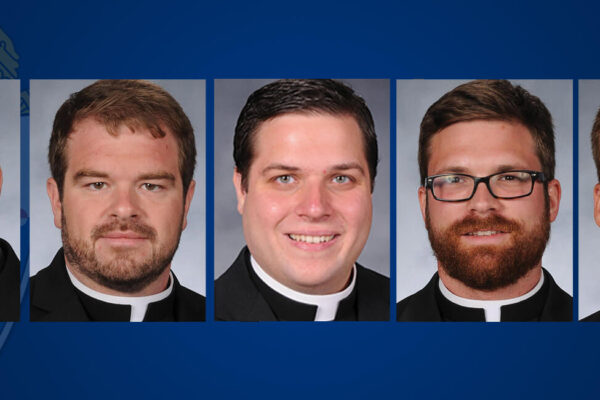 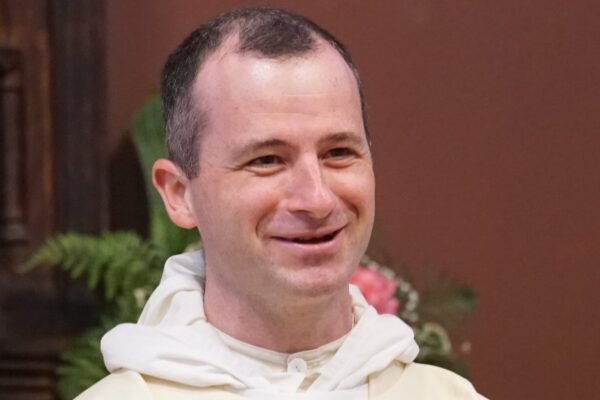 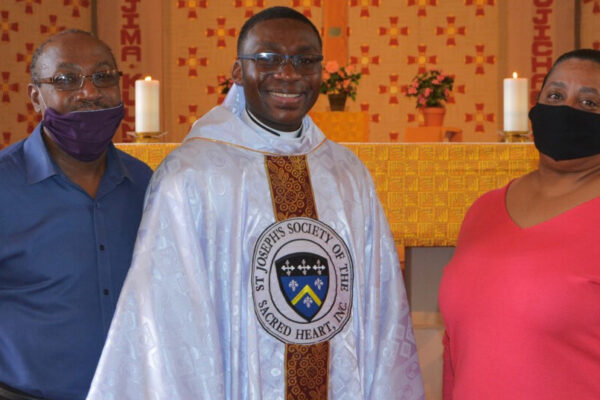