It’s National Adoption Month! Even before we were married, John and I had talked about adoption. But talking about adoption is not the same as deciding to adopt. Coming to that decision can be difficult, and I feel so fortunate that John and I came to it together.

When we were ready to think about it seriously, we went to an information session at Catholic Charities, where they laid out all our options. We arrived with no plan at all, and we walked out both feeling pulled to adopt either from China or the Philippines. After a little more research and conversation with people who had adopted from both countries, we started the process to adopt from China.

We just had a feeling our child was there. 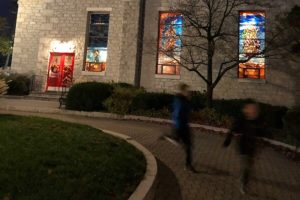 Adoption requires a leap of faith. You take on many, many unknowns. You read books about adoption, and the authors seem to focus more on the challenges than on the joys. But as we were waiting to adopt, everywhere we turned there were also beautiful stories of families formed through adoption. We believed our child was waiting for us on the other side of the world. And he was.

We did all the paperwork and fingerprinting and interviews, survived our home inspection, and we were matched with a beautiful baby boy on the other side of the world. Eleven months later, we flew to China, walked into a government office, and waited and waited and waited for him to arrive. He walked into that office and into our arms and hearts forever. Our lives have never been the same.

Then less than two years later, we did it all over again. The second time around we were less nervous, a little less impatient, and just as excited to grow our family. And we fell in love with this precious toddler who melted into our arms and never let go.

If you’re at all curious about adoption, please reach out to me at openwindowcr@gmail.com. 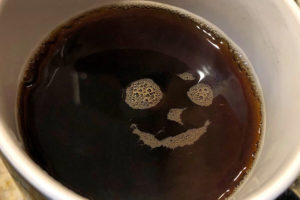 How have you adjusted to the time change?

I love the extra sunlight in the morning, but the afternoons feel long, and the evenings are really dark.

But my coffee seems to be happy enough.

And, as one of my friends pointed out, if the coffee is happy, everyone is happy. 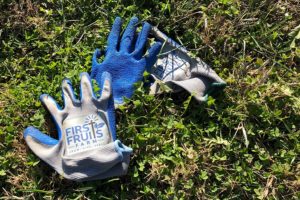 It was a perfect morning for it—crisp and clear but not too cold. We were sent to a field that had had tomatoes growing in it. We pulled strings and stakes out and removed the hoses that had been watering them.

When I was trying to describe the work we had done to my husband, I referred to “the lanes of tomatoes.”

“I’m pretty sure they’re called rows,” he told me.

I guess my suburban roots are showing. 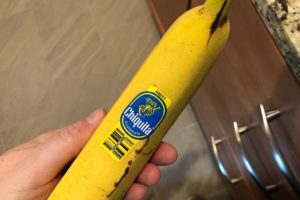 When we were growing up, my mother had a banana sticker collection in her kitchen. Every time someone had a banana, we peeled off a sticker and stuck it to her kitchen cabinets. I don’t know how many she had, but the cabinets were covered with stickers.

I hadn’t thought of this for years, and then the other day I went to eat a banana, and it all came back to me. I think it might have started because you could send away for a stuffed Bananimal with a certain number of stickers. But I’m not positive. 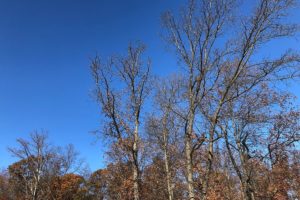 Our older son is turning 12 on Sunday. Twelve seems so mature. You might be wondering how we’ll be celebrating, and I am, too. I just know that the whole weekend will be devoted to birthday-ing. These children may not be biologically related to me, but they are just like me in their approach to birthdays.

Although The Birthday is the most important thing happening this weekend, Sunday is also my 11th anniversary at my job, my sister Treasa’s half-birthday, and Treasa and George’s seventh wedding anniversary. 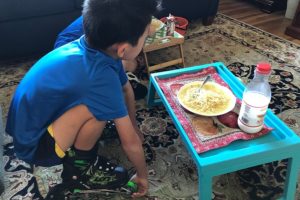 Our younger son saved up his money to be able to buy himself a pair of roller blades. He finally had enough, and we ordered them online. When they arrived, he was over the moon. He wore them around the house for a while, and then I took him to the roller rink so he could get out some energy and try his new skates.

Very quickly he announced he was bored because we hadn’t brought his brother.

“Why don’t you go play with those kids over there?” I suggested.

He thought that was a terrible idea. He headed onto the rink and came back five minutes later.

“I might be a little while,” he said. “I’m playing tag with those kids.”

Ah, the joy of parenting a roller-blading extravert. 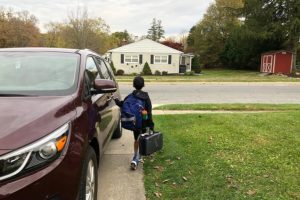 Now, we have the full birthday weekend ahead of us and two trumpets on hand. Imagine the possibilities!

Read more quick takes on Kelly’s blog, This Ain’t the Lyceum, and have a wonderful weekend.