As the Nazi regime systematically killed those it deemed mentally ill or “unproductive,” a fearless bishop of the Diocese of Münster took to the pulpit in 1941 to denounce and challenge.

If the right has been given to kill “poor defenseless mentally ill,” Blessed Clemens Von Galen said in his homily, then it has been given to murder all who are classified as unproductive — the incurably ill, “cripples unable to work,” those incapacitated because of work or war, the infirm elderly and others.

“It is unthinkable what degeneration of morals, what universal mistrust will find its way even into the family,” Blessed Von Galen said, “if this frightening doctrine is tolerated, taken up, and followed.”

Woe to humanity and woe to the German people, he thundered, if the holy commandment of God, “Thou shalt not kill,” is not only broken, but tolerated and taken up as a regular practice without punishment.

Blessed Von Galen’s homily, copies of which spread throughout the Third Reich and around the world, is one of 12 inspiring sermons published in a new book by Father Paul D. Scalia, “Sermons in Times of Crisis: Twelve Homilies to Stir Your Soul.”

Spanning a time frame from the fourth century to the present, the carefully-selected works show how some of the Church’s greatest clergymen applied the word of God and the teachings of the Church to moments of crisis.

If there’s one thread that runs throughout the selected homilies, it’s courage.

The courage needed to speak out against euthanasia in Nazi Germany is obvious. Similar courage was shown by St. John Paul II in a 1979 homily in Poland when the pope encouraged Poles to embrace God in the face of Communist persecution. Likewise, the soon-to-be martyred Blessed Jerzy Popieluszko asked his Polish countrymen in a 1983 homily to claim their right to God, to love, to freedom of conscience, to their culture and their national heritage.

Yet Father Scalia, vicar for clergy in the Diocese of Arlington, Va., also brings to light preaching requiring a more subtle kind of courage.

Father Scalia, son of the late Supreme Court Justice Antonin Scalia, includes a 404 homily by St. Augustine of Hippo, for example, that challenges his listeners to reject the temptation to adopt pagan practices to fit in with the larger society.

In a 1576 homily, St. Charles Borromeo urges his brother priests to be unafraid of ministering to plague victims in Milan and of the martyrdom that might ensue. St. Charles himself modeled what he preached by working among those suffering from the plague.

A 399 homily by St. John Chrysostom encourages people to show mercy instead of judgement against a fallen member of the imperial court who desperately sought sanctuary in the church even after he had advocated the abolition of such asylum.

In a recent telephone interview with the “Catholic Baltimore” radio show produced by the Archdiocese of Baltimore, Father Scalia said courage is needed both to face down those who are threatening the church and to challenge the faithful by telling them what they need to hear rather than what they might want to hear.

He believes three elements are present in a good homily: it is rooted in Scripture, it is intellectually engaging and it is applicable.

Importantly, Father Scalia said every speaker must be in union with the truth he conveys. The greater the union, the more convincing the words. The preacher must always try to interiorize the Gospel and the doctrine of the Church so it “bubbles forth” in homilies, Father Scalia said.

Throughout the church’s history, he argues, there have always been “good” and “bad” preachers. What’s happening in modern times, he said, is that clergymen are being tempted to be merely entertaining or self-revelatory.

“We’ve gotten away from homilies that really teach doctrine,” he said, “and that’s a loss.”

Whenever a priest or deacon preaches, he should be teaching or reinforcing a teaching of the Church, Father Scalia said.

In his book, Father Scalia provides commentary on each of the selected homilies. Not every sermon is preached in a time of crisis, he notes.

“Indeed, we should desire that the Word be proclaimed in an atmosphere of tranquility so that it can be interiorized more serenely and deeply,” he writes. “But just as the big game reveals an athlete’s talent, so the crises in the Church’s history reveal the greatness of her preachers or, rather, the greatness of the Spirit speaking through them.”

Listen to an interview with Father Scalia below. He discusses his new book, the state of preaching today as well as some personal observations including how he selected the theme for the homily at his father’s funeral. 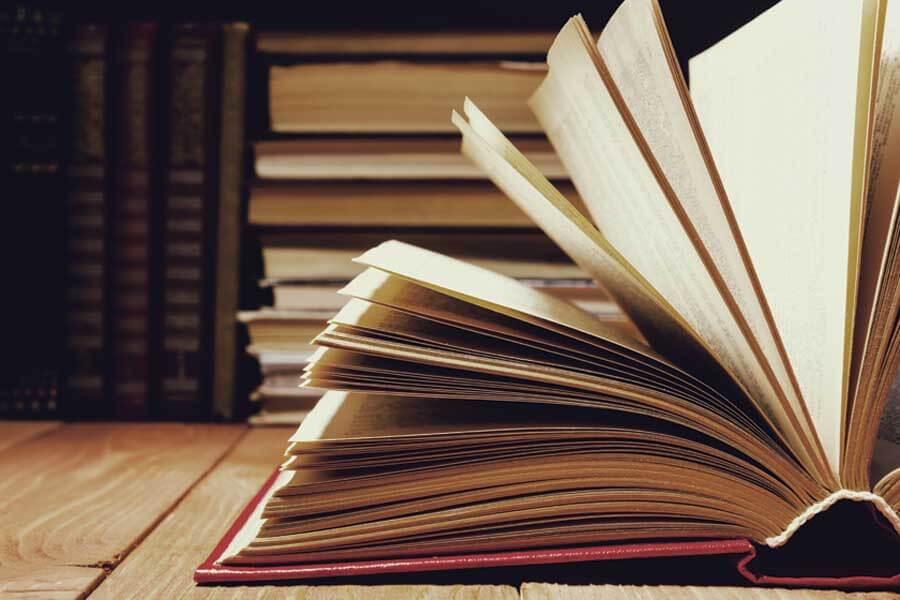 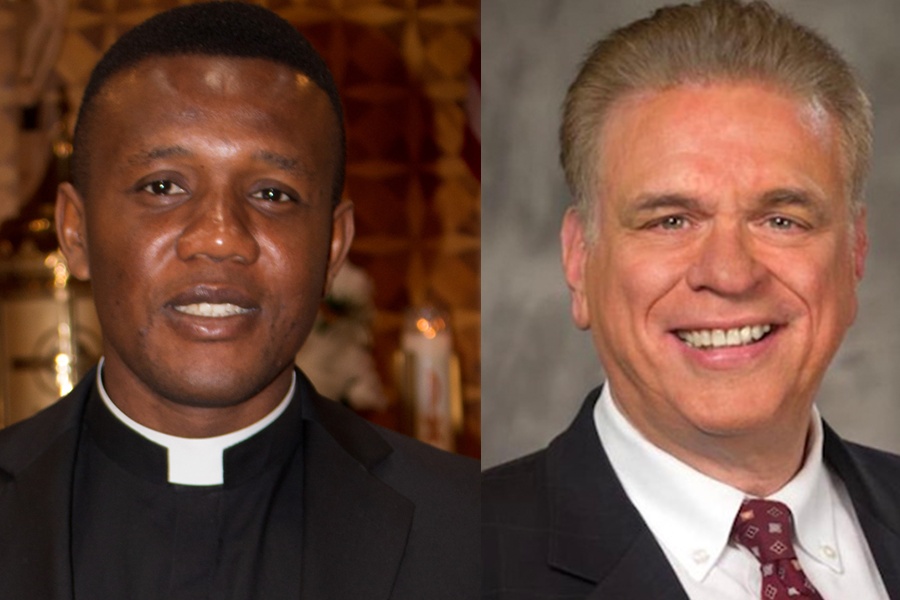 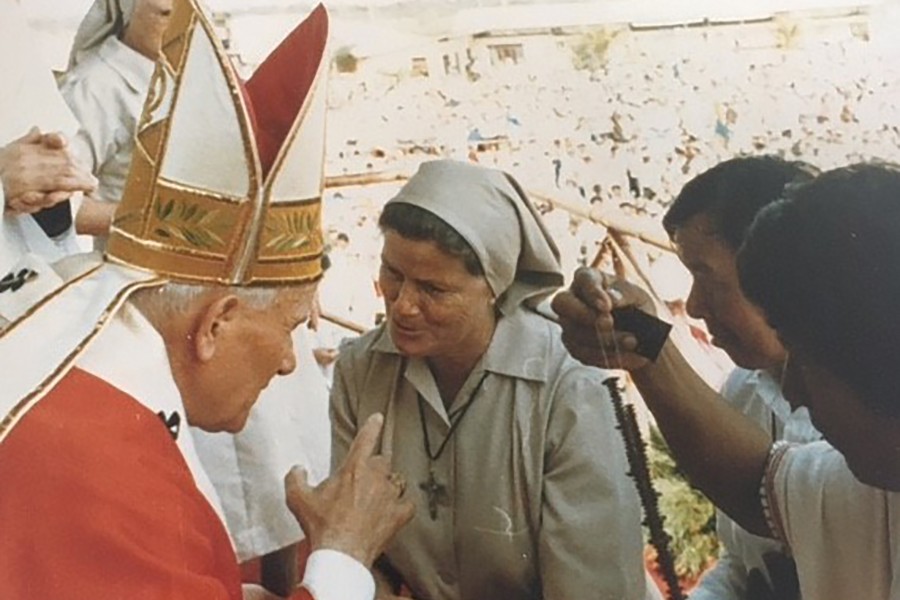 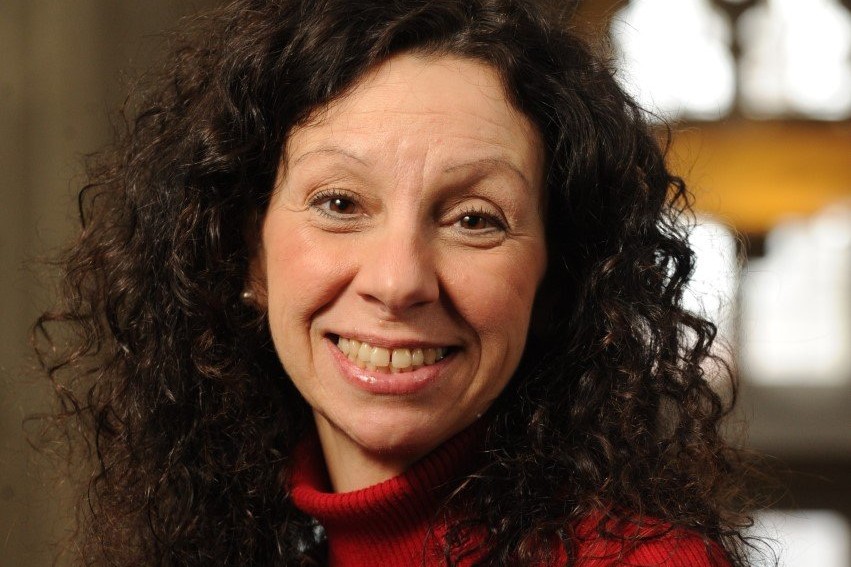