VATICAN CITY (CNS) — For the second year in a row, Pope Francis led the Way of the Cross from St. Peter’s Square rather than Rome’s Colosseum because of the ongoing coronavirus pandemic.

Torches dotted a long pathway winding from the stage set in front of St. Peter’s Basilica leading down the square, surrounding the ancient Egyptian obelisk in the center. Members of the Vatican choir intoned the somber prayers and hymns during the nighttime ceremony April 2.

Young scouts, teens and children with their caretakers carried slender torches aloft, taking turns carrying a wooden cross around the obelisk and to the pope, who was seated on the stage. A restricted number of people, including cardinals and members of the curia, were seated outside on either side of the stage; about 70 of the invited guests represented the more than 500 young people who contributed to the reflections.

Every year, the pope asks a person or group of people to write the meditations that are read aloud for the 14 Stations.

This year the pope asked for texts and drawings from a troop of Italian scouts in Umbria, two group homes for disadvantaged children and young people in Rome and the Rome parish of the Holy Martyrs of Uganda, which organizes extensive programs with people who are differently abled and runs shelters for the homeless and women and children survivors of domestic abuse.

Although the program the Vatican released before the event stated that Pope Francis would address those present, the pope ended the prayer service with a blessing and then greeted a small boy who had made his way up to the stage, followed by three more small children, who received a hug or a friendly pat on the head.

He also greeted another small group of children with their caretakers and two young torchbearers as he was leaving by way of the basilica. 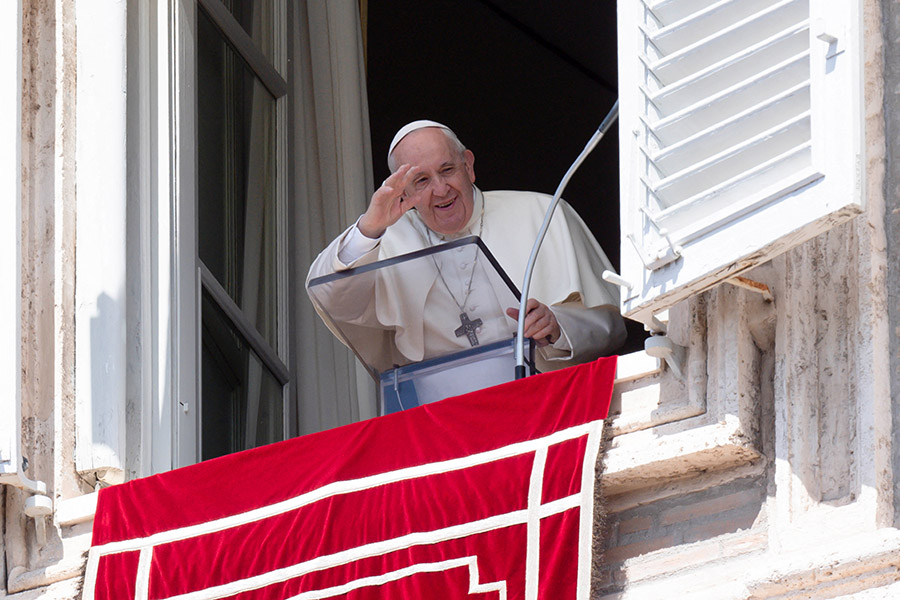 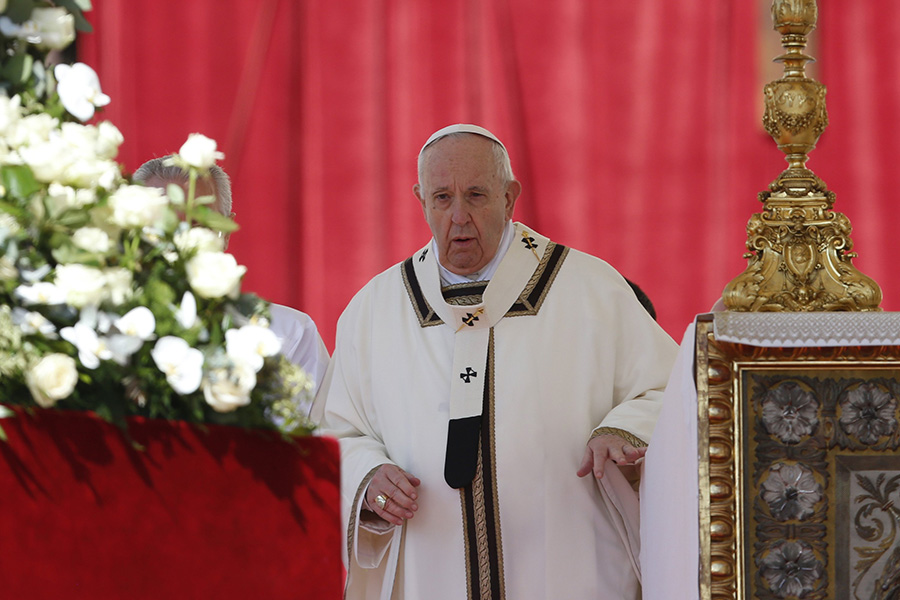 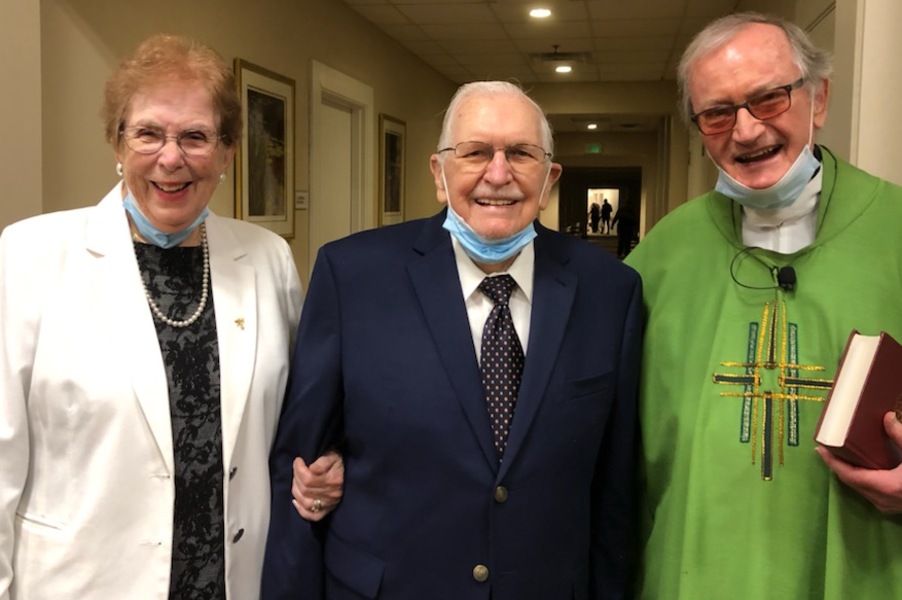 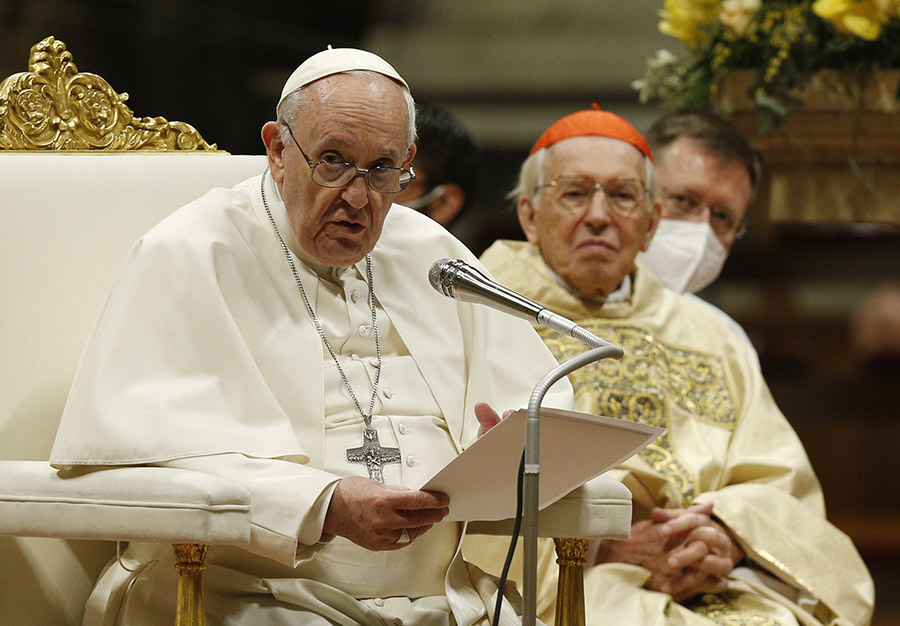 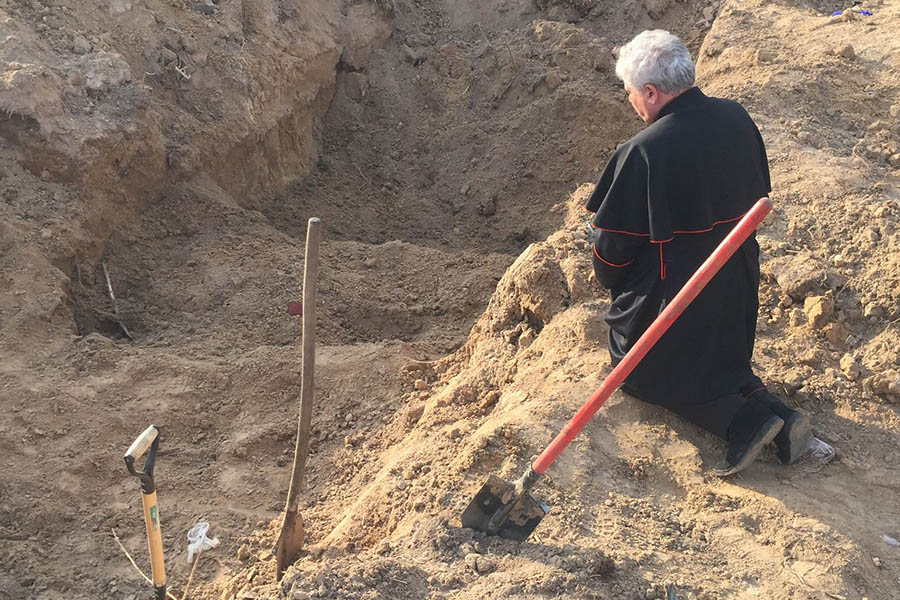 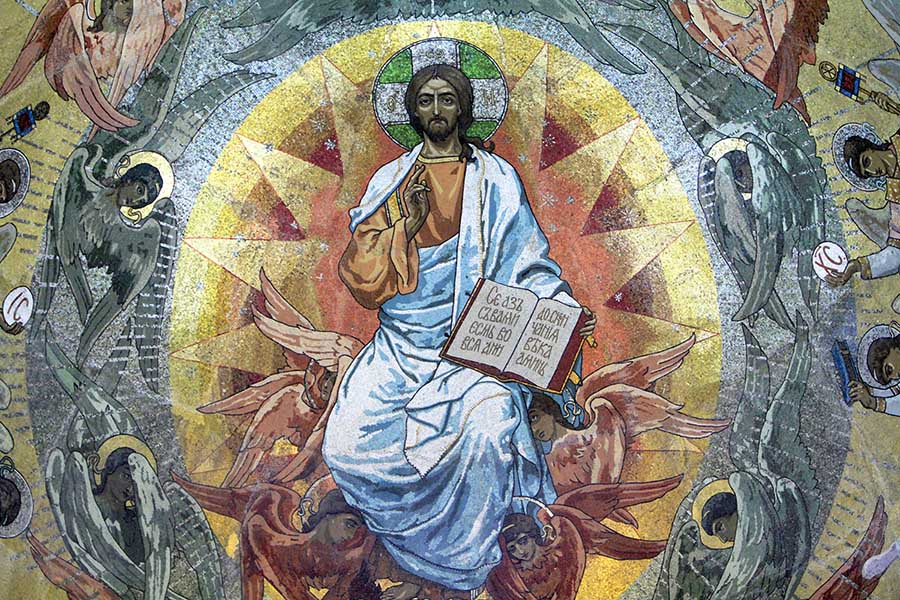