VATICAN CITY (CNS) — The Catholic Church “embraces and encourages a passion for scientific research as an expression of love for the truth and for knowledge about the world,” Pope Francis told members of the Pontifical Academy of Sciences.

Scientific inquiry, research and discoveries should lead to awe in the presence of God, who created the world and human intelligence, but it also should lead to a greater commitment to peace and human development, the pope told the scientists Sept. 10.

The 80 academicians, who include dozens of Nobel Prize winners, come from the fields of astronomy, chemistry, mathematics, physics, biology, medicine, botany, zoology, genetics and physiology and other specialties. Members are chosen based on their scientific achievements, not their religious beliefs, and study issues of concern to the Vatican.

“As far as I am aware, no other religious institution has such an academy,” the pope told members, but “many religious leaders have expressed an interest in establishing one.”

Established in 1603, the academy demonstrates the church’s commitment to truth and to learning about “life in all its symphonic splendor,” the pope said.

In recent years, he said, members of the academy have used their knowledge and interdisciplinary research to weigh in on the fight against hunger, the protection of oceans and seas, promoting sustainable development in poor neighborhoods and in urging a fair and broad response to the health crisis provoked by the coronavirus pandemic.

The 2022 plenary session of the academy Sept. 8-10 was devoted to exploring the topic, “Basic science for human development, peace and planetary health,” a topic that Pope Francis said explored recent scientific discoveries “about the earth, the universe and the place of human beings within it.”

The academy provides an important space for scientists specializing in a broad variety of fields to bring their work together and to examine current global problems from different angles, he said. It also brings philosophy and theology to bear on those challenges, which helps “provide answers to humanity’s ultimate questions, which are also being asked by new, and sometimes disoriented, generations.”

“The positive results of science in the 21st century will depend, to a great extent, on the ability of scientists to seek the truth and apply discoveries in a way that develops in tandem with the search for what is right, noble, good and beautiful,” Pope Francis told the academicians.

Peace is an urgent need today and one for which scientists have a particular responsibility, he said.

“After two tragic world wars, it seemed that the world had learned to move progressively toward respect for human rights, international law and various forms of cooperation,” he said. “Unfortunately, history shows signs of regression.”

While not mentioning Russia’s war on Ukraine specifically, Pope Francis spoke of both the intensification of “anachronistic conflicts” and the reemergence of “instances of a myopic, extremist, resentful and aggressive nationalism.”

And, he said, while “St. John Paul II gave thanks to God that, through Mary’s intercession, the world had been preserved from atomic war,” it now appears that “unfortunately, we must continue to pray for protection against this danger, which should have been averted long ago.”

“All knowledge based on science and experience must be utilized to avoid wars and overcome suffering, poverty and new forms of slavery,” the pope said, urging scientists to “disarm science and thus become a force for peace.”

“In the name of God, who created all human beings for a common destiny of happiness, we are called today to bear witness to our fraternal vocation to freedom, justice, dialogue, mutual encounter, love and peace, and avoid nurturing hatred, resentment, division, violence and war,” he said.

“In the name of the God, who gave us the planet to safeguard and develop,” he continued, “we are called today to ecological conversion, to save our common home and life and that of future generations, rather than increasing inequality, exploitation and destruction.” 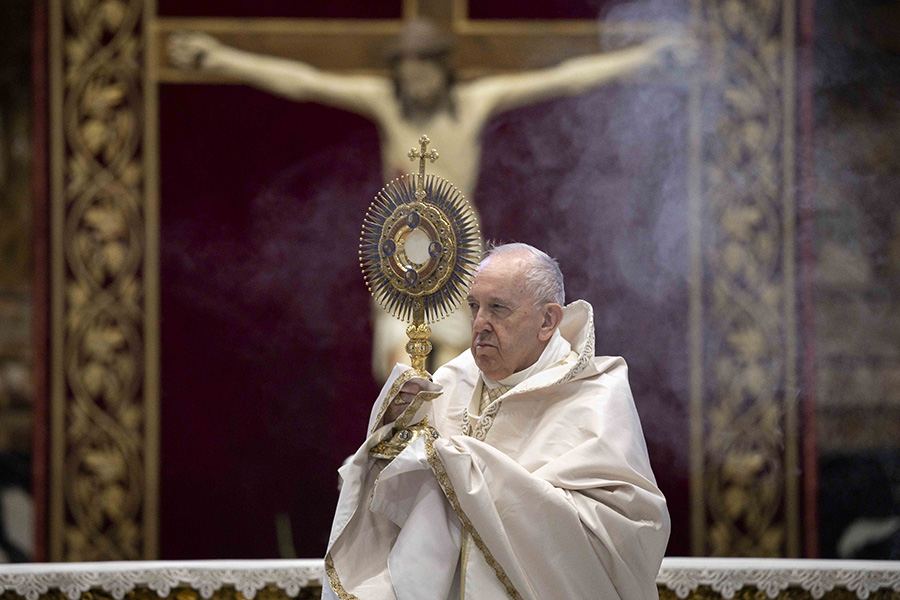 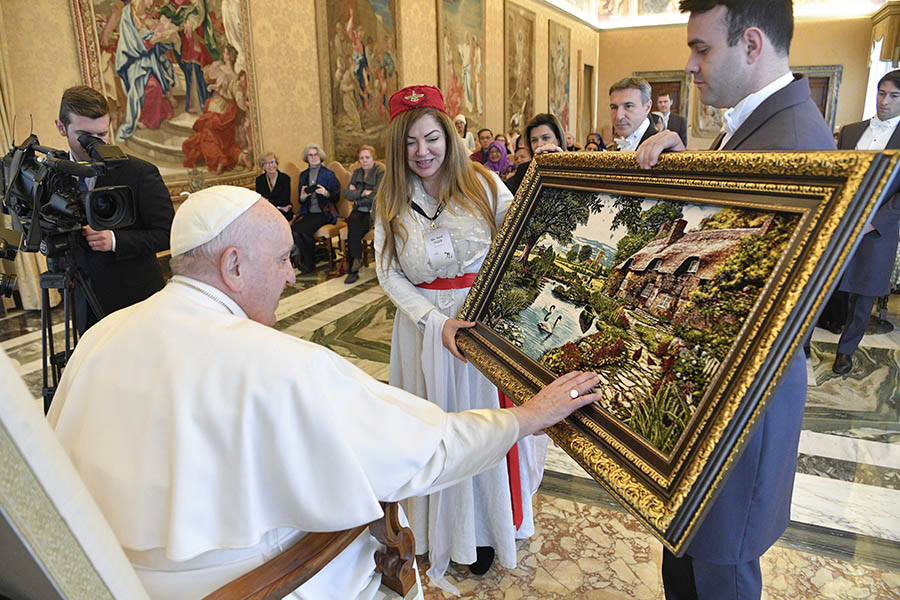 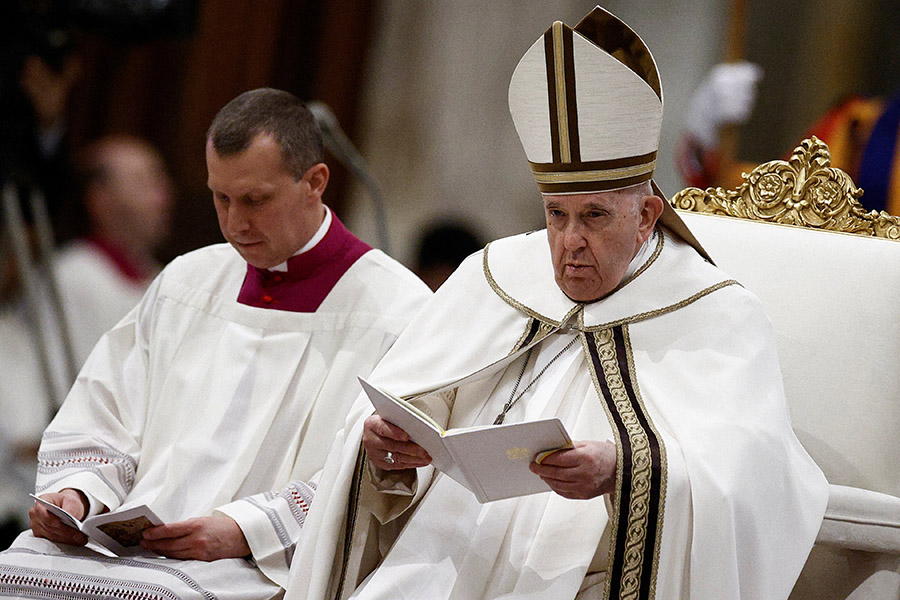 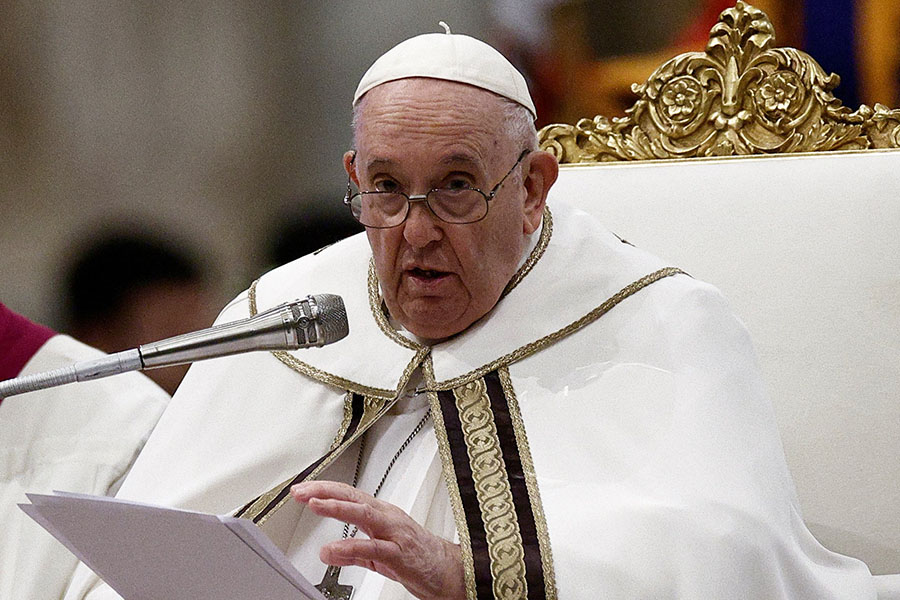